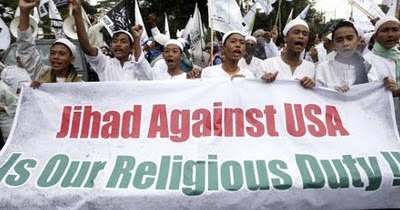 President Donald Trump is moving rapidly to fulfill campaign promises early. With little activity from Congress so far, Trump has used executive actions to achieve what he pledged to do.

Trump is on track to begin his fourth week in the White House having issued 12 executive orders. While questions have surfaced over Trump’s use of executive power, recent history demonstrates that Trump’s actions are in line with past presidents.

By the end of his third week in office in 2009, President Barack Obama had issued 14 executive orders.

Traditionally, a president’s early orders aim either to make good immediately on campaign commitments or rescind the previous administration’s policies. Trump has done both.

On Trump’s first day, he signed an order to begin dismantling Obamacare. Obama, on his third day in the White House, signed an executive order on closing the detention center for terrorism suspects at Guantanamo Bay Naval Base. In the face of congressional opposition, it has yet to close.

An executive order is one of three basic types of written instructions a president can employ to achieve a desired outcome through the executive branch of government.  The total number of executive orders issued by American presidents is over 15,000, according to data collected by the American Presidency Project.

In Case You Missed It:  The Mob Comes for America

President George Washington issued a total of eight executive orders, according to the data, while John Adams, James Madison, and James Monroe were the only presidents to issue just one.

President Franklin D. Roosevelt, holds the record with 3,721—five of which were overturned by the Supreme Court in 1935. More recently, President Bill Clinton issued 364 and President George W. Bush issued 291 during their two terms.

Over his two terms, Obama issued 276 executive orders, some of which conservatives criticized and even went to court over. Some of the most contested ones addressed illegal immigrants, health care, gun control, cybersecurity, the environment, education, and gender identity.

In Case You Missed It:  Database Swells to 1,285 Proven Cases of Voter Fraud in America

In his second term, Obama touted his executive power, saying: “We’re not just going to be waiting for legislation in order to make sure that we’re providing Americans the kind of help they need. I’ve got a pen and I’ve got a phone.”

Many Trump supporters looked forward to seeing him fulfill his campaign commitment to reversing some of Obama’s executive actions, with Republican controlling the White House as well as both chambers of Congress.

Ken McIntyre and Sarah Sleem contributed to this report.

Why is Anyone Going along with the 9th Circuit COA’s Illegal Ruling?

By Sher Zieve Why are we going along with decisions made by judges that are—legally—not within their purview?  Why are...