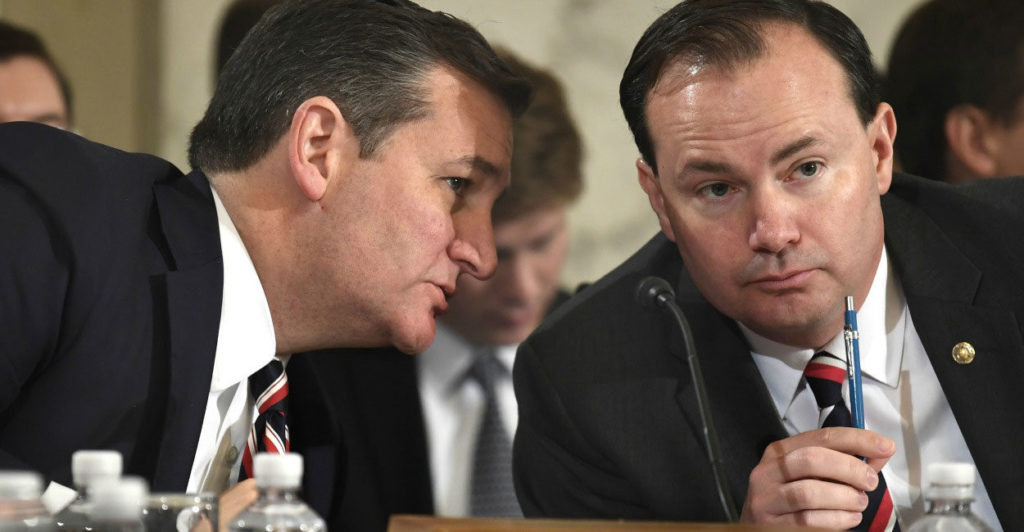 2 yrs ago, GOP Congress voted to repeal #Obamacare. That 2015 repeal language should be the minimum. #FullRepeal @SenTedCruz @SenRandPauI

The 2015 reconciliation bill passed by Congress but vetoed by President Barack Obama includes repeal of key Obamacare provisions, including funding for Medicaid expansion and almost all of Obamacare’s tax increases, according to Alyene Senger, formerly a health care policy analyst at The Heritage Foundation.

The lawmakers say that they were elected to Congress to repeal and replace Obamacare, and that they should follow through on that mandate from their constituents.

“Congress must keep its word,” Paul said in a statement released Tuesday morning. “We were elected to fully repeal and replace Obamacare, and that’s the only thing I will vote for. The legislation brought to the Senate floor must at least match the standard set by the 2015 repeal bill that both chambers of Congress passed.”

2 yrs ago, the GOP Congress voted to repeal Obamacare. That 2015 repeal language should be the floor, the bare minimum. #FullRepeal

2 yrs ago, GOP Congress voted to repeal #Obamacare. That 2015 repeal language should be the minimum. #FullRepeal @SenMikeLee @SenRandPauI

“Right now, [Americans] may have insurance, but they can’t afford it,” Jordan said Tuesday morning in an interview with “Fox & Friends.”

Thanks @foxandfriends for having me on this morning to talk #Obamacarerepeal https://t.co/klMO1YYyI9

We are saying, ‘Let’s repeal it, let’s put the same legislation on President [Donald] Trump’s desk that we put on President Obama’s desk, and then let’s replace Obamacare with a patient-centered, family-centered, doctor-centered plan,’ not what we have currently, which is Washington in control.

Meadows said he supports the efforts of his colleagues for repeal, tweeting Monday that “every tax, every mandate, every regulation of #Obamacare needs to go.”

I support my friends @RandPaul, @SenMikeLee, and @tedcruz. Every tax, every mandate, every regulation of #Obamacare needs to go. https://t.co/zdlxLYRrqF

Walker, who also serves as the chair of the Republican Study Committee, said he would not support a draft of an Obamacare repeal bill leaked last week. He said it is simply another “entitlement with a Republican stamp on it.”

“The bill contains what increasingly appears to be a new health insurance entitlement with a Republican stamp on it,” Walker said. “In that form and absent of substantial changes, I cannot vote for the bill, and, in good conscience, cannot recommend RSC members to vote for it either.”

Will this be the final nail in the coffin for the Affordable Care Act, commonly known as “Obamacare?” Federal court...