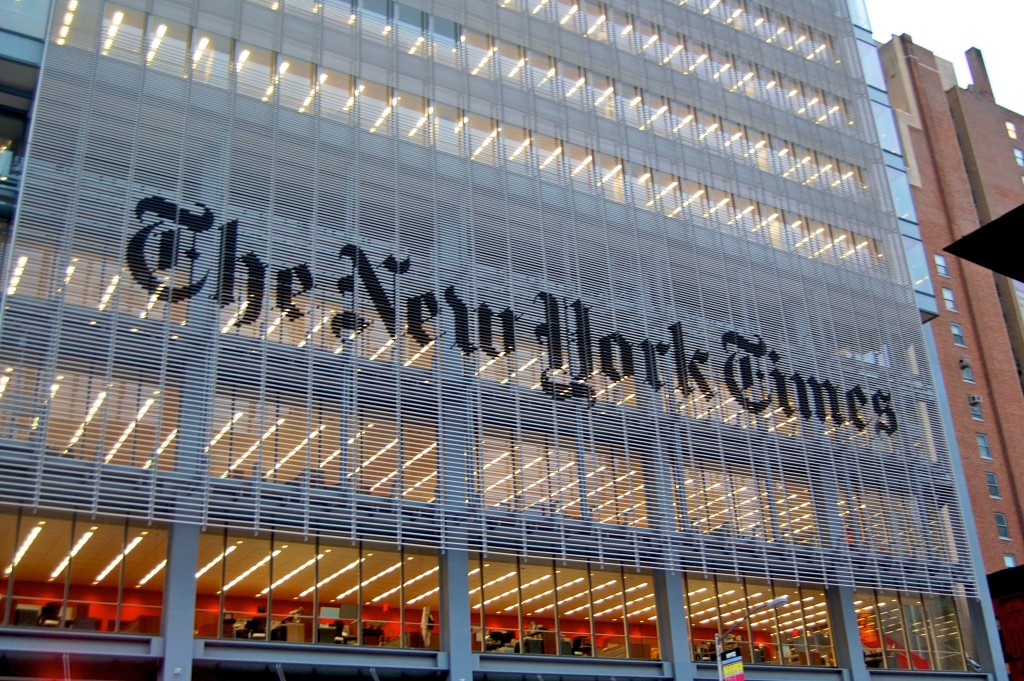 A newly passed Israeli law prevents foreign nationals who have publicly called for a boycott of the Jewish state or work on behalf of an organization that advocates these measures from entering Israel. It has caused plenty of debate and criticism.

That the New York Times, in a staff editorial, opposes the law, is not particularly noteworthy and it is perfectly at liberty to do so, as have numerous Israelis and even US-based Jewish organizations.

However, in doing so, the NY Times takes the wrong approach and misrepresents the boycott, divestment and sanctions (BDS) campaign and those supporters of Israel who are working to counter its hateful activities. The editorial claims that the law is “intended to characterize supporters of the [BDS] movement as enemies of Israel.”

In addition, the headline of the editorial is “Israel Says Dissenters Are Unwelcome.”

There are plenty of people both within and outside of Israel who publicly criticize Israeli government policies and that is entirely legitimate. The BDS movement, however, is not about criticizing Israel but about delegitimizing and ultimately destroying the country as a Jewish state, something that its leaders have readily acknowledged. Those BDS activists are not “Dissenters” as the headline would have you believe. They are intimately engaged in a well-organized and well-financed campaign against Israel. BDS is entirely about being an enemy of Israel.

It can certainly be argued that the Israeli law could theoretically catch gullible dupes who have fallen for the BDS lies that the campaign is all about non-violence and human rights. This is something that Israeli authorities will have to make appropriate judgments in the course of applying the law.

Ultimately, the NY Times calls on Israel to differentiate between haters of Israel within the BDS movement and those members who are critical of Israeli policies. It’s unfortunate that the NY Times cannot tell the difference between legitimate critics of Israel and the hate-mongering of the BDS even if the new Israeli law may also have the same difficulty.

You can send your considered comments to the New York Times – [email protected] – and you can find out more on how to submit your letter here.

The House Agriculture Subcommittee on Commodity Exchanges, Energy, and Credit is holding a hearing March 9 entitled, “The Next Farm...