Open letter to President Trump: An incremental application of force today to stop Iran’s nuclear program is far preferable than a nuclear holocaust in 10 years
by Ezequiel Doiny

If the US does not bomb the Iranian nuclear facilities the next terror attack could be with a nuclear dirty bomb.

Diplomacy will not stop Iran. The Iranian centrifuges are spinning, every minute Iran is closer to the bomb. 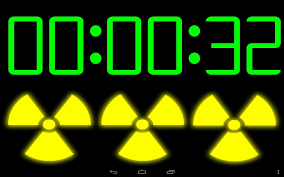 Those who signed the nuclear deal with Iran will be accessories to murder for approving a criminal deal which will enable Tehran to develop nuclear weapons in 10 years or less. The blood of those who will be killed in a nuclear holocaust will be on their hands.

On February 26 2015 Charles Krauthammer wrote in the Washington Post “The news from the nuclear talks with Iran was already troubling. Iran was being granted the “right to enrich.” It would be allowed to retain and spin thousands of centrifuges. It could continue construction of the Arak plutonium reactor. Yet so thoroughly was Iran stonewalling International Atomic Energy Agency inspectors that just last Thursday the IAEA reported its concern “about the possible existence in Iran of undisclosed .?.?. development of a nuclear payload for a missile.”

Bad enough. Then it got worse: News leaked Monday of the elements of a “sunset clause.” President Obama had accepted the Iranian demand that any restrictions on its program be time-limited. After which, the mullahs can crank up their nuclear program at will and produce as much enriched uranium as they want.

Sanctions lifted. Restrictions gone. Nuclear development legitimized. Iran would reenter the international community, as Obama suggested in an interview in December, as “a very successful regional power.” A few years — probably around 10 — of good behavior and Iran would be home free.
The agreement thus would provide a predictable path to an Iranian bomb…”

The Nuclear Agreement also allows Iran to provide soil samples to the IAEA. On July 28 Foxnews reported that “Iran reportedly is insisting that its own officials be able to take soil samples at a suspected nuclear site and may get its way…Iran’s cooperation with the IAEA, and particularly the Parchin site, has been an area of concern for lawmakers in the weeks since the agreement was announced.

Inaction has its price. Bruce Thornton wrote in Frontpage Magazine that “The point is not, contrary to Obama, that full-scale war is the only alternative to stopping Iran. An incremental application of force in response to Iranian intransigence and stonewalling during negotiations––destroying the Arak nuclear reactor, for example––would have convinced Iran that there was a serious price to pay for their obstructionism, lying, and cheating on their obligations. Those who preach “force solves nothing” should remember the 1988 Tanker War, sparked by Iran’s threats to disrupt oil shipments transiting the Persian Gulf during the Iran-Iraq war. Iran backed off when Ronald Reagan retaliated for a missile attack on an American warship by eventually destroying two Iranian oil platforms, two Iranian ships, and six Iranian gunboats. But once Obama made clear in word and deed that even a limited military option was off the table, the mullahs were confident that they could ratchet up their demands, pocket the sanctions-relief payola, and achieve their aim a little later rather than sooner.

An incremental application of force today to stop Iran’s nuclear program is far preferable than a nuclear holocaust in 10 years. What would be the consequences of inaction today? There are horrific casualties predicted if Iran attacks Israel with nuclear weapons. Nick Turse, an award-winning journalist managing editor of TomDispatch.com and a fellow at the Nation Institute, wrote in realclearworld.com that “The first nuclear attack on a civilian population center, the U.S. strike on Hiroshima, left that city “uniformly and extensively devastated,” according to a study carried out in the wake of the attacks by the U.S. Strategic Bombing Survey. “Practically the entire densely or moderately built-up portion of the city was leveled by blast and swept by fire… The surprise, the collapse of many buildings, and the conflagration contributed to an unprecedented casualty rate.” At the time, local health authorities reported that 60% of immediate deaths were due to flash or flame burns and medical investigators estimated that 15%-20% of the deaths were caused by radiation.

Witnesses “stated that people who were in the open directly under the explosion of the bomb were so severely burned that the skin was charred dark brown or black and that they died within a few minutes or hours,” according to the 1946 report… One survivor recalled seeing victims “with both arms so severely burned that all the skin was hanging from their arms down to their nails, and others having faces swollen like bread, losing their eyesight. It was like ghosts walking in procession… Some jumped into a river because of their serious burns. The river was filled with the wounded and blood.”
The number of fatalities at Hiroshima has been estimated at 140,000. A nuclear attack on Nagasaki three days later is thought to have killed 70,000. Today, according to Dallas, 15-kiloton nuclear weapons of the type used on Japan are referred to by experts as “firecracker nukes” due to their relative weakness…”

As Khamenei wrote in his Mein Kampf, Iran has intention of destroying Israel. Israel is the size of New Jersey. Iranian leaders refer to Israel as a ONE BOMB STATE because it can be destroyed with only one bomb. Those who voted in favor of the nuclear agreement had knowledge of Iran’s plan. They also knew that the inspection mechanism provided in the agreement is not effective to detect Iranian transgressions. In 10 years (or earlier), when Iran attacks Israel, the names of those who voted in favor of this criminal deal will be written in the Holocaust Museum next to the quote “These are the names of those who enabled the nuclear holocaust, the blood of those who died is on their hands.”

For the past decade, John Fund, J. Christian Adams, and I have been writing about the misbehavior, unethical conduct, and...