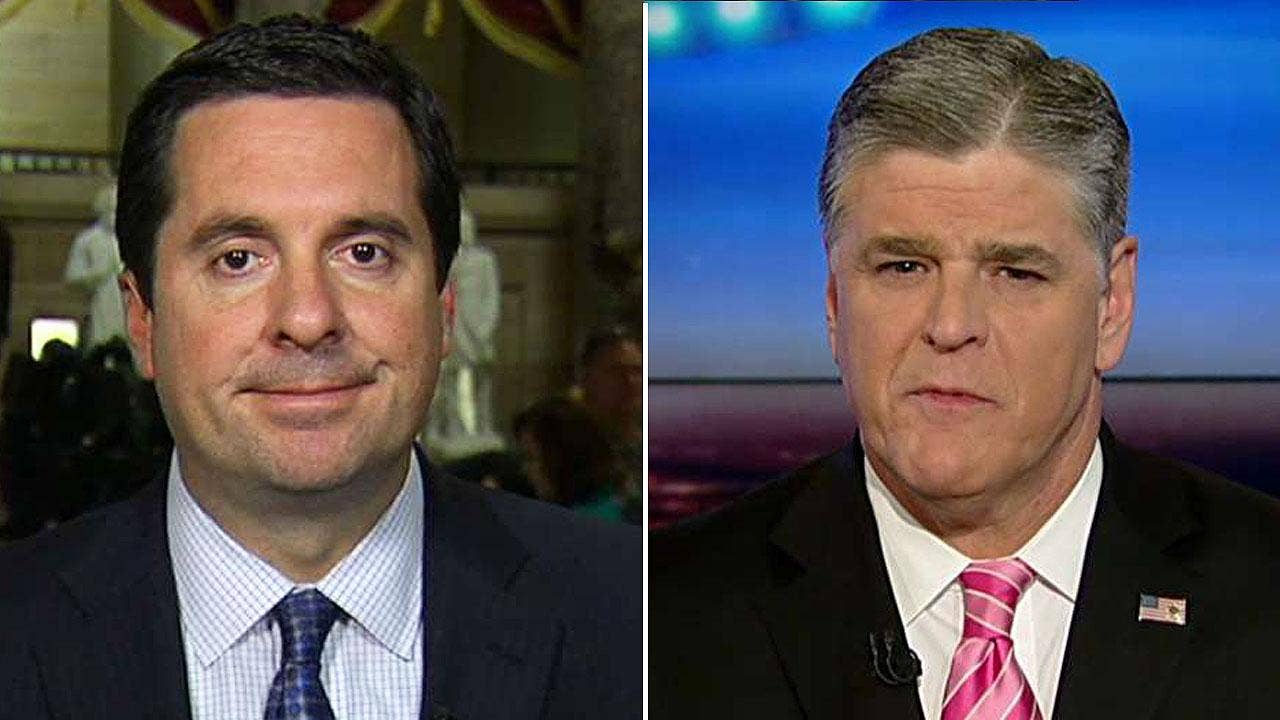 Republican congressional investigators expect a potential “smoking gun” establishing that the Obama administration spied on the Trump transition team, and possibly the president-elect himself, will be produced to the House Intelligence Committee this week, a source told Fox News.

Classified intelligence showing incidental collection of Trump team communications, purportedly seen by committee Chairman Devin Nunes, R-Calif., and described by him in vague terms at a bombshell Wednesday afternoon news conference, came from multiple sources, Capitol Hill sources told Fox News. The intelligence corroborated information about surveillance of the Trump team that was known to Nunes, sources said, even before President Trump accused his predecessor of having wiretappedhim in a series of now-infamous tweets posted on March 4.

The intelligence is said to leave no doubt the Obama administration, in its closing days, was using the cover of legitimate surveillance on foreign targets to spy on President-elect Trump, according to sources.

The key to that conclusion is the unmasking of selected U.S. persons whose names appeared in the intelligence, the sources said, adding that the paper trail leaves no other plausible purpose for the unmasking other than to damage the incoming Trump administration.

The FBI hasn’t been responsive to the House Intelligence Committee’s request for documents, but the National Security Agency is expected to produce documents to the committee by Friday. The NSA document production is expected to produce more intelligence than Nunes has so far seen or described – including what one source described as a potential “smoking gun” establishing the spying.

Some time will be needed to properly assess the materials, with the likely result being that congressional investigators and attorneys won’t have a solid handle on the contents of the documents – and their implications – until next week.

Because Nunes’s intelligence came from multiple sources during a span of several weeks, and he has not shared the actual materials with his committee colleagues, he will be the only member of the panel in a position to know whether the NSA has turned over some or all of the intelligence he is citing. However, Fox News was told Intelligence Committee Ranking Member Rep. Adam Schiff, D-Calif., had been briefed on the basic contents of the intelligence described by Nunes.

CIA Director Mike Pompeo is also sympathetic to the effort to determine, with documentary evidence, the extent of any alleged Obama administration spying on the Trump team, sources said.

At a dramatic Wednesday news conference, Nunes claimed to have seen evidence that members of the Trump transition team, possibly including the president-elect, were subjected to “incidental surveillance” collection that Nunes characterized as legal but troubling.

“What I’ve read bothers me,” he told reporters, “and I think it should bother the president himself, and his team because I think some of it seems to be inappropriate.”

Schiff blasted Nunes for not coming first to the Intelligence Committee with the information.

“If accurate, this information should have been shared with members of the committee, but it has not been,” Schiff said in a Wednesday statement.

James Rosen joined Fox News Channel (FNC) in 1999. He currently serves as the chief Washington correspondent and hosts the online show “The Foxhole.” His latest book is “A Torch Kept Lit: Great Lives of the Twentieth Century” (Crown Forum, October 4, 2016).

House Freedom Caucus Chairman Mark Meadows, R-N.C., told reporters after a White House meeting that no deal had been reached...