Astonishing that they use the picture above to illustrate this Fake News attack on  Nathan Damigo, seen here fighting back against a masked, dreadlocked young woman with gloved brass knuckles, who is also part of the antifa rioters at Berkeley:

If you’ve never heard of sap gloves, they’re described in the the 1978 book Fundamentals of Modern Police Impact Weapons this way:

The “heavy black gloves” are quite popular among police in some regions and flatly banned by department edict in others because of their connotation of brutality. Essentially, sap gloves are good-quality gloves that have powdered lead sewn into the area of the knuckles and first digits of the fingers, or into the palm to create a sort of reinforced-fist effect. One brand, the Poly/ Steelwall™, is completely reinforced on the back, from fingertip to edge of wrist, with a layer of steel mesh in addition to the powdered lead.

….there are many who view sap gloves as something akin to brass knuckles—a thug’s weapon, not a policeman’s, and one that puts the cop in a bad light if he’s accused of using that weapon overzealously.

You can buy them on Amazon.com,  but probably shouldn’t bring them to a riot. One women in South

Carolina called the set at right”perfect for women with small hands.” Of course, she was using them to protect her hands during outdoor shooting, not rioting and punching people.

I think the police, if they were interested, would be suspicious of a masked rioter who showed up to a riot wearing one of these on her right hand–in the California heat.

Also worth mentioning–Nathan Damigo’s Identity Evropa, while it may have Deplorable opinions, is a political organization, not an anarchist rioting  collective, but the young woman’s Oak Roots Anarchist Collective is, in fact, an organized criminal organization: 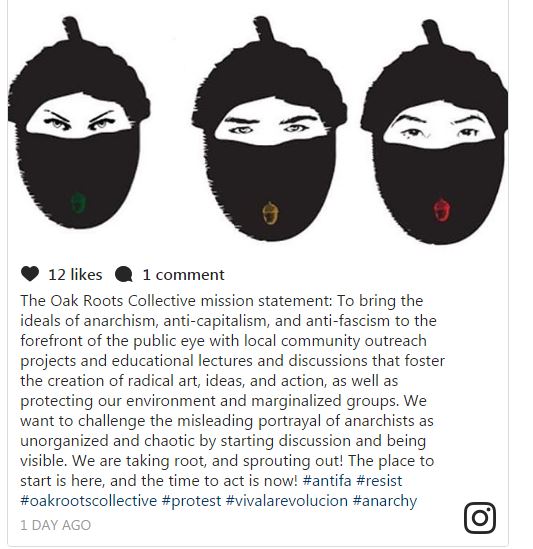 The rioter woman is quoted as saying:

“They attacked with the intent to kill (and) I paid the price for being ill-prepared but I have no regrets that I showed up,” the young woman said.

Well, she was fairly well-prepared–does she mean that next time she’ll bring an actual gun or knife? 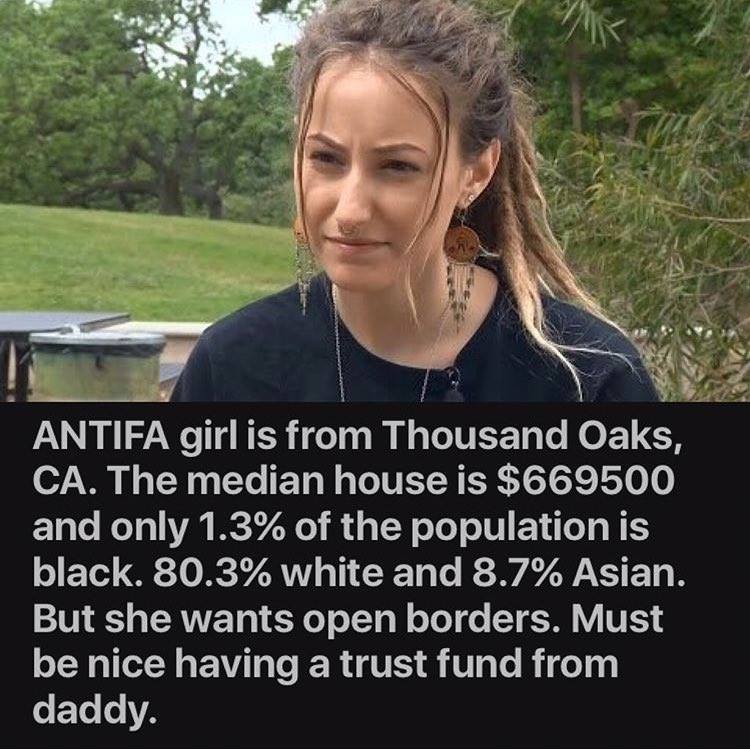 In Case You Missed It:  The Second Amendment is the Inalienable Right from which All Other Rights Are Guaranteed
Posted in Tyranny and tagged California, Leftists, Riots.

Where Do Your Tax Dollars Go?

When Americans file their taxes, it’s natural to wonder, “Where do my tax dollars go? What do they fund? And...