The nation of Tunisia is going into a state of chaos and anarchy. Militants are roaming about, dividing families and forcing people to submit to their agenda. They use brute violence to instill fear into the hearts of the people, executing locals and having people provide for them food and provisions.

The militants are constantly looking for new territory to control and to spread chaos. In Egypt, ISIS militants have been butchering Christians; in Libya, the persecution of Christians has also been taking place as jihadists bring about destruction and lawlessness. North Africa is being devastated by these deviant terrorists.”The instability in Libya and North Africa may be the most significant near-term threat to U.S. and allies’ interests on the continent,” Gen. Thomas Waldhauser, head of the Pentagon’s Africa Command, told the Senate Armed Services Committee last month.

Thousands of jihadists could be entering Tunisia, and this would be the greatest force of instability in the North African country.  The jihadists are not just bringing in fear, but they are also bringing in political and ideological influence on locals. By exuding a presence of being valiant and selfless ghazis (Muslim warriors), many young men aspire to join their ranks, and to even kill those who oppose their agenda.

The violence has stirred up resentment amongst the populace towards government, since people perceive it as only exasperating the terrorists and provoking them to commit terrorist acts. For example, one local named Fadha Ghozlani has said: “Ever since my brother joined the army, our cousin wanted to kill him …He brought the terrorists to our home.”

In Tunisia, there is competition between ISIS and al-Qaeda in the Islamic Maghreb, with the two groups vying for recruits and territory. But many al-Qaeda fighters have splintered and formed a new terrorist gang: Jund-al-Khilafah, or “the Soldiers of the Caliphate.” According to security officials, there are only several hundred jihadists roaming in the mountains of  Tunisia. Some are from Algeria,Mauritania and West African countries, but most are local Tunisians. “The security situation is improving,” said Yasser Mesbah, an Interior Ministry spokesman. “But we can’t say the threat is over.” Patrice Bergamini, the European Union’s ambassador to Tunisia, warns:

“The bigger issue, not just for Tunisia, but for all of us, is this: What about the guys who have not left the state to fight? …They are like ticking bombs.”

An imam named Mafoud Bin Daraie has been working to stop youths in the Kasserine area from joining the terrorist groups, and because of this militants have been wanting to kill him. “They tried to kill me because I spoke out against them,” Daraie said, after police prevented an assassination attempt on him. In the same area, a nine hour battle took place between security forces and terrorists. Two gunmen were killed. Last year, jihadists accused a poor shepherd named Najib Guasmi, of being an informant for the security forces. “They killed him with a bullet to his head,” said his brother, Hadi.

The killers have also placed mines which have killed several people. Tunisian terrorists have been traveling to Syria to fight against the Assad regime, and have been returning back to their country to war against the State of Tunisia. One government officer said, while holding his rifle, that “There are fighters everywhere… But we don’t have the necessary means and equipment to fight them.”

The violent chaos in North Africa is greatly the result of US foreign policy. The United Stated provided weapons to Syrian and Libyan rebels to wreak havoc in those lands. As we reported back in 2012, Syrian rebels were in fact taking chemical weapons from Libya after Gaddafi was murdered by US backed rebels:

The rebels have seized chemical weapons, and they are willing to use them on innocent people. According to Russia Today, Syrian rebels have obtained chemical weapons from Libya and are planning on using them on civilians, and then blaming it on Assad. This is an effort between the Syrian rebels and their allies in Turkey, alongside cooperation with Libyan rebels under Abdel Hakim bel Haj.

In another report published in 2014 on shoebat.com, it reads:

In early 2012, the Obama administration, along with the administration of Turkey’s Recep Tayyip Erdogan, reached an agreement that would have Turkey, Qatar, and Saudi Arabia provide funding for an operation run by then CIA Director David Petraeus (the Petraeus Operation), according to Hersh’s report. The purpose of the operation, carried out by the CIA and Great Britain’s MI6, was to move weapons from Libya into Syria, using back channel ‘rat lines’.

Why was the US transferring weapons from Libya to Syria? Because the US brought in those weapons to Libya so that rebels could use them against the Gaddafi regime, and now they wanted to transfer them to Syria to support the jihad. The US, alongside NATO forces, destabilized North Africa, and is thus responsible for the slaughter of Christians that has been going on there.

The destabilization of North Africa and the Middle East is what led to the persecution of Christians by ISIS and other jihadists, and the migration crises which has led to the political shift in Europe towards populist nationalism. Marine Le Pen made into the second round in the French election, taking 21.3% of the vote, and she will be facing the popular Emmanuel Macron, who took 24% of the vote. It doesn’t matter who takes the victory in this election, its a win-win for Germany. If Le Pen wins, she will pursue a referendum to get France out of the EU; and if France leaves the EU, then Germany, similar to what happened after Brexit, will make the excuse that poor Deutschland has been abandoned by its friends and needs to look after itself and build up its own military for its own self-defense.

If Macron wins, then what you will have is a openly pro-Germany politician in the French government.“I had an interlocutor who was very open to a stronger French-German partnership, particularly at this important moment for Europe,” Macron said. Macron is being looked favorably by both Christian Democrats and the Social Democratic Party. One Macron aid said: “We did our best to reassure the Germans on this point by pointing out that the candidate has the support of dozens of elected officials and a popular movement of more than 200,000 supporters … He will get a majority, and he will use it to carry out his plan to the letter. Remember that unlike the other candidates Emmanuel does not owe anyone favors. His hands are free.” After Macron got slightly ahead of Le Pen in the first round, German politicians expressed their joy, as we read in one German report:

As results on Sunday showed centrist Emmanuel Macron ahead of far-right Marine Le Pen in the French presidential election, German centrists reacted with joy, seeing hope in their own election prospects.

Presidential candidates Emmanuel Macron and Marine Le Pen will move on to the second round of the election on May 7th, with Macron winning nearly 24 percent of the vote compared to Le Pen’s 21.4 percent.

Chancellor Angela Merkel’s official spokesman on Sunday wished Macron “all the best for the next two weeks”, as projections showed him winning France’s presidential election.

But who knows. Politics are like a play, with the story changing against the expectations of the audience, at the whims of the director. If Macron wins, something could happen in which Macron  — like what happened with David Cameron — will allow for a referendum to leave the EU. Macron, if he wins, would follow in accordance to the CIA plan to continue to destabilize Syria, as Holland did under the Obama administration. Macron himself has called for military intervention in Syria, saying: “An international intervention is needed … My preference is that there should be an intervention under the auspices of the United Nations. A military intervention.”

Le Pen just said that she is temporarily suspending her position as head of the National Front in order to run as a candidate for “all the French.” “Tonight, I am not the president of the National Front, I am the presidential candidate, the one who wants to gather all the French around a project of hope, of prosperity, of security,” she said. But this is all a attention seeking game to help garner just enough votes to beat Macron when the second round of the French election comes on May 7th. Whoever wins, the house of Germany wins. The realm of politics is like a big gambling place, the house always wins. 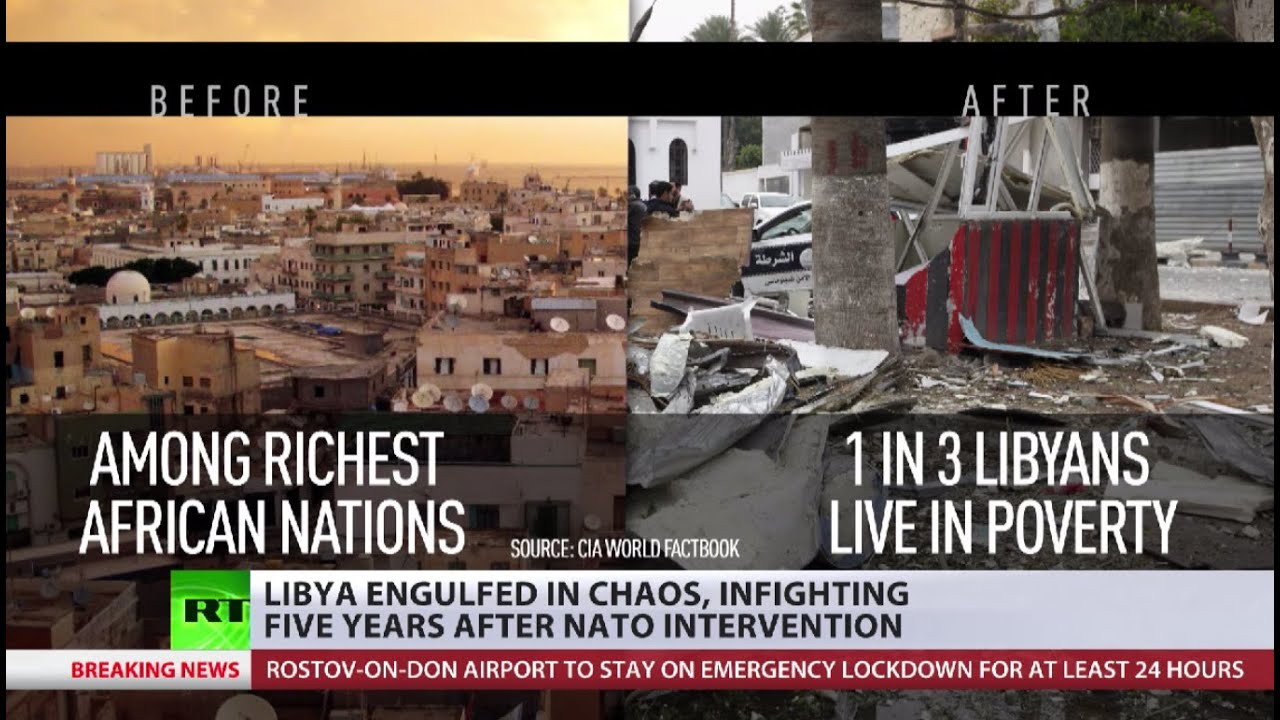 The Pentagon Has a ‘Ghost Soldiers’ Problem

Since 2002, billions of U.S. tax dollars have been spent rebuilding Afghanistan after decades of war. A big chunk of...