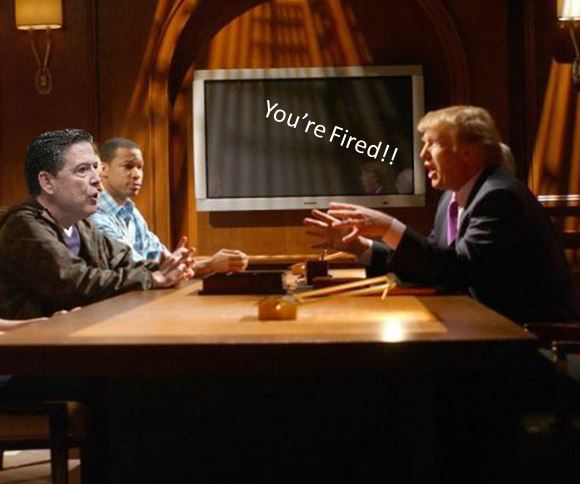 Trump fired Comey based on the recommendation of Attorney General Jeff Sessions and his deputy, Rod Rosenstein, White House press secretary Sean Spicer told reporters.
“While I greatly appreciate you informing me, on three separate occasions, that I am not under investigation, I nevertheless concur with the judgment of the Department of Justice that you are not able to lead the bureau,” Trump wrote in a letter to Comey dated Tuesday.
Only one FBI director has ever been fired in the past, William S. Sessions who had been appointed by President Ronald Reagan in 1987, but who was beset by allegations of ethics violations, such as disguising private vacations as law enforcement business, and using a chauffeured government limousine for personal transportation.
“It is essential that we find new leadership for the FBI that restores public trust and confidence in its vital law enforcement mission,” the president wrote.
In a statement on Comey’s firing released by the White House, Trump called the FBI “one of our Nation’s most cherished and respected institutions,” adding, “today will mark a new beginning for our crown jewel of law enforcement.”
The White House said that a search for a new permanent FBI director would “begin immediately.”
Comey, 56, was nominated by President Barack Obama for the FBI post in 2013 to a 10-year term.
In Case You Missed It:  NEJM questions plandemic tyranny, safety of COVID "vaccines"
Posted in Freedoms and tagged FBI, President Donald J Trump.

Younger Judicial Nominees Give Trump Chance for Legacy in Courts

President Donald Trump will begin to leave his mark on the lower courts of the federal judiciary with 10 nominees...