France, Sweden, Germany and other European nations are on a path to legalize rape committed by migrants because it’s “their culture.” 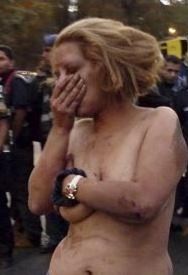 As shocking as this might seem, a recent number of rapists who avoided severe punishment suggests there’s a precedent already in place to decriminalize rapes by migrants because they don’t “culturally understand” Western rape laws or even the word “no.”

In short, rapes by migrants are downplayed as “cultural misunderstandings” and thus the victims never receive justice, meaning that “de facto” rape legalization is, for the most part, already in place.

For example, a German judge recently acquitted a Turkish drug dealer of rape despite believing “every word” of the 23-year-old victim’s accusation because, according to the judge, what the victim “had experienced as rape,” including having her head shoved between two bed posts after she said no, might be “culturally” considered “wild sex” in Turkey.

“The prosecutor admitted that the acquittal must have been a heavy blow to the victim,” reported the Märkische Allegemeine, translated from German.  “On the other hand a conviction was not possible because there was no demonstrated intent of rape [by the accused.]”

Even more, the Turkish man claimed that because he wouldn’t have committed a rape because he had a mother and a sister.

The leftist narrative has indoctrinated German natives so strongly that their inclusive multicultural respect and bureaucratic conformism is even able to warp what is beyond doubt rape into an offensive cultural question, a question both a legal authority and the sexually assaulted woman answered yes to,” remarked Damian Black with Return of Kings. “Nothing was hidden, nothing concealed; all evidence was confirmed and understood, only to be disregarded as an ethnic misunderstanding.”

This isn’t just limited to Germany, however.  As I reported in April, a Muslim in Sweden avoided jail for anally raping a teenager because he “couldn’t understand no,” according to the Hovrätten (royal court) of Western Sweden.

And as I also reported in February, a Swedish court sentenced a Muslim migrant to only two months in jail after being convicted of anally raping a 13-year-old girl.

He was also ordered to pay the equivalent of just $2800 in compensation to the victim.

This is a real rape culture taking place in Europe, but don’t expect American feminists to take much notice.

Leftist Girl Scout, Lucie Myslikova, who confronted an Anti-Immigration a demonstrator while wearing her scouting uniform was cheered on by the left as a hero for standing up to anti-immigration demonstrators. 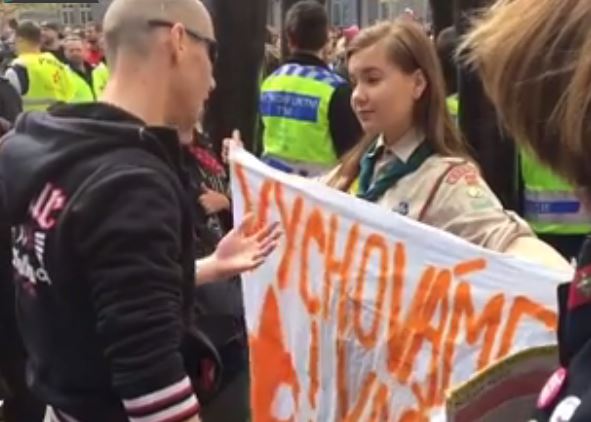 Much of the coverage follows the line of the AP’s follow-up interview with Myslikova. The girl is passionate about politics and believes teenagers should have a voice in the public sphere. This wasn’t her first political rally; it was simply the first time she wore her Scout uniform to a demonstration. Her comments emphasized non-violence and non-judgement of the opposition. Of course, the World Organization of the Scout Movement jumped on the free publicity bandwagon, echoing the call for “diversity, peace and understanding.”

If you want to know what she actually said. There, buried in the last paragraph, is a quote from the exchange between the Scout and the protestor regarding immigration. When the anti-Immigration protester asserted the teen would be “violated by those she defends,” Myslikova replied, “Even if something happened to me, the physical wounds always end up healing.”

Myslikova is one of the few girls that may be able to ‘get over’ being raped by an unevolved, savage Muslim. It’s the beheading or terrorism part that’s a little tougher for her to bounce back from!

In Case You Missed It:  Get Ready for the Economic Collapse
Posted in Terrorism and tagged dhimmitude, Europe, Immigration, Islam, Migrants, Muslims, rape, Sharia.