In the wake of the massacre in Manchester, people rightly warn against blaming the entire Muslim community in Britain and the world. Certainly one of the aims of those who carry out such atrocities is to provoke the communal punishment of all Muslims, thereby alienating a portion of them who will then become open to recruitment by Isis and al-Qaeda clones.

This approach of not blaming Muslims in general but targeting “radicalisation” or simply “evil” may appear sensible and moderate, but in practice it makes the motivation of the killers in Manchester or the Bataclan theatre in Paris in 2015 appear vaguer and less identifiable than it really is. Such generalities have the unfortunate effect of preventing people pointing an accusing finger at the variant of Islam which certainly is responsible for preparing the soil for the beliefs and actions likely to have inspired the suicide bomber Salman Abedi.

The ultimate inspiration for such people is Wahhabism, the puritanical, fanatical and regressive type of Islam dominant in Saudi Arabia, whose ideology is close to that of al-Qaeda and Isis. This is an exclusive creed, intolerant of all who disagree with it such as secular liberals, members of other Muslim communities such as the Shia or women resisting their chattel-like status.

What has been termed Salafi jihadism, the core beliefs of Isis and al-Qaeda, developed out of Wahhabism, and has carried out its prejudices to what it sees as a logical and violent conclusion. Shia and Yazidis were not just heretics in the eyes of this movement, which was a sort of Islamic Khmer Rouge, but sub-humans who should be massacred or enslaved. Any woman who transgressed against repressive social mores should be savagely punished. Faith should be demonstrated by a public death of the believer, slaughtering the unbelievers, be they the 86 Shia children being evacuated by bus from their homes in Syria on 15 April or the butchery of young fans at a pop concert in Manchester on Monday night.

The real causes of “radicalisation” have long been known, but the government, the BBC and others seldom if ever refer to it because they do not want to offend the Saudis or be accused of anti-Islamic bias. It is much easier to say, piously but quite inaccurately, that Isis and al-Qaeda and their murderous foot soldiers “have nothing to do with Islam”. This has been the track record of US and UK governments since 9/11. They will look in any direction except Saudi Arabia when seeking the causes of terrorism. President Trump has been justly denounced and derided in the US for last Sunday accusing Iran and, in effect, the Shia community of responsibility for the wave of terrorism that has engulfed the region when it ultimately emanates from one small but immensely influential Sunni sect. One of the great cultural changes in the world over the last 50 years is the way in which Wahhabism, once an isolated splinter group, has become an increasingly dominant influence over mainstream Sunni Islam, thanks to Saudi financial support.

A further sign of the Salafi-jihadi impact is the choice of targets: the attacks on the Bataclan theatre in Paris in 2015, a gay night club in Florida in 2016 and the Manchester Arena this week have one thing in common. They were all frequented by young people enjoying entertainment and a lifestyle which made them an Isis or al-Qaeda target. But these are also events where the mixing of men and women or the very presence of gay people is denounced by puritan Wahhabis and Salafi jihadis alike. They both live in a cultural environment in which the demonisation of such people and activities is the norm, though their response may differ.

The culpability of Western governments for terrorist attacks on their own citizens is glaring but is seldom even referred to. Leaders want to have a political and commercial alliance with Saudi Arabia and the Gulf oil states. They have never held them to account for supporting a repressive and sectarian ideology which is likely to have inspired Salman Abedi. Details of his motivation may be lacking, but the target of his attack and the method of his death is classic al-Qaeda and Isis in its mode of operating.

The reason these two demonic organisations were able to survive and expand despite the billions – perhaps trillions – of dollars spent on “the war on terror” after 9/11 is that those responsible for stopping them deliberately missed the target and have gone on doing so. After 9/11, President Bush portrayed Iraq not Saudi Arabia as the enemy; in a re-run of history President Trump is ludicrously accusing Iran of being the source of most terrorism in the Middle East. This is the real 9/11 conspiracy, beloved of crackpots worldwide, but there is nothing secret about the deliberate blindness of British and American governments to the source of the beliefs that has inspired the massacres of which Manchester is only the latest – and certainly not the last – horrible example.

Patrick Cockburn is the author of  The Rise of Islamic State: ISIS and the New Sunni Revolution. 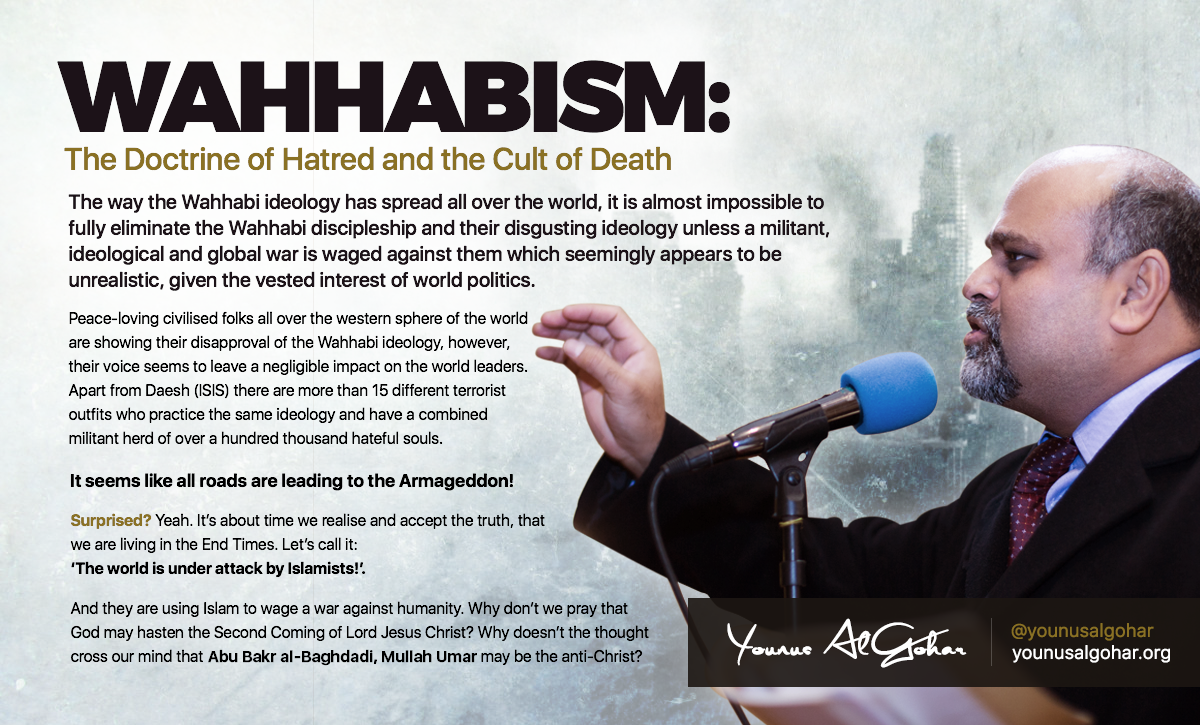 European countries and major corporations are pressuring President Donald Trump to remain in the Paris climate agreement despite his promises...