A new financial crisis is brewing in the emerging economies and it could hit “with a vengeance”, an influential group of central bankers has warned. 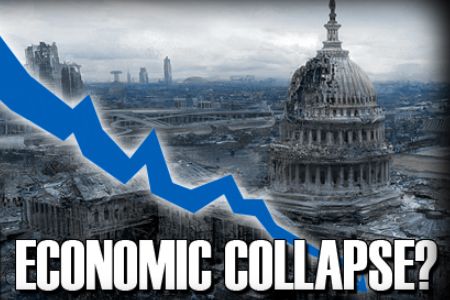 Emerging markets such as China are showing the same signs that their economies are overheating as the US and the UK demonstrated before the financial crisis of 2007-08, according to the annual report of the Bank for International Settlements (BIS).

Claudio Borio, the head of the BIS monetary and economic department, said a new recession could come “with a vengeance” and “the end may come to resemble more closely a financial boom gone wrong”.

The BIS, which is sometimes known as the central bank for central banks and counts Bank of England Governor Mark Carney among its members, warned of trouble ahead for the world economy.

It predicted that central banks would be forced to raise interest rates after years of record lows in order to combat inflation which will “smother” growth.

“It’s been a terrific market for investors for quite a long time and if anything is concerning it’s that we now are more than eight years into a benign credit cycle,” Altman, a professor at NYU Stern School of Business, told Yahoo Finance. “We’ve never had such a long benign cycle. And just that one little fact is something that we should be concerned about because if it comes to one and it could come to an end very dramatically.”

Altman, the creator of the financial-distress sniffing Altman Z-Score, warned in mid-2007 of a “Great Credit Bubble” and that there was going to be trouble in the market. He predicted that a meltdown would stem from corporate defaults. While the primary culprit of the financial crisis turned out to be mortgage-backed securities, investors who heeded Altman’s warning nevertheless avoided a lot of grief.

So, how does today’s market compare to the market in 2007.

“There are some similarities, yes, although the situation back in the great financial crisis was pre-meditated by the mortgage-backed securities and we don’t have that problem now,” he said.

At 93 months since the end of the Great Recession, we’re due for another one in the next couple years. It’s essential to have some sort of contingency plan in place for when the inevitable does occur.

Despite the harsh lessons of the Great Recession, a very high percentage of Americans are woefully unprepared for another downturn. Nearly half of Americans are living paycheck to paycheck. Even more Americans don’t have sufficient money saved to cover six months of living expenses, the amount of cash financial experts recommend keeping on hand for emergencies.

Recessions are notorious for prompting layoffs and driving surges in unemployment. Living paycheck to paycheck with insufficient emergency funds is a recipe for disaster if the job market tanks and you lose your job.

Strategies such as increasing your saving rate, paying down current debt and changing your investing portfolio all imply financial flexibility that is difficult to attain when you’re living paycheck to paycheck. As a result, many people don’t have the capacity to effectively adopt these basic types of recession preparation. According to our survey, more than two-thirds of Americans do not have an investment strategy that can accommodate a recession.

The Current Recovery Is Weak Compared to Historical Recoveries

According to a Pew Research study, the first five years of the Great Recession recovery saw the weakest growth in U.S. GDP compared to four other recoveries: the early 2000s, the 1990s boom, the recovery after the 1982 recession and the go-go years of the 1960s.

In Case You Missed It:  Get Ready for the Economic Collapse
Posted in Financial and tagged Economy, Financial, Recession, Unemployment.

The U.S. Supreme Court on Monday handed a victory to President Donald Trump by allowing his temporary ban on travelers...