Police have reportedly launched a murder investigation into Chester Bennington’s death with insiders believing it is  likely” the Linkin Park frontman was killed in eerily similar circumstances to his close friend Chris Cornell. 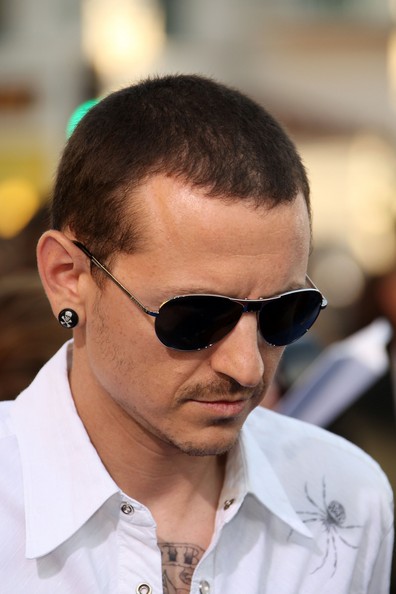 Detectives are looking into whether Chester Bennington was murdered, with the death scene later arranged to resemble a suicide. They have put a team of investigators in place and are refusing to rule out a criminal homicide charge.

“Murders are sometimes made to look like suicides. We think he was murdered, we just have to find out who was behind it,” said a police source.

The Los Angeles County Medical Examiner’s office confirmed the 41-year-old nu-metal icon was found dead, but refused to provide details, with the agency’s chief of operations, Brian Elias, remaining tight-lipped about whether media reports of suicide are accurate.

“We are investigating all angles,” he said.

Bennington, who sang at Chris Cornell’s recent funeral after becoming close to the Soundgarden frontman in recent years, was reportedly working with Cornell’s foundation to prevent the sexual exploitation of vulnerable children.

The Linkin Park frontman, who was the father of six children, and was also the godfather to Chris Cornell’s son, was on record talking about the long-term emotional fallout of being sexually abused by an older male as a child.

“If I think back to when I was really young, to when I was being molested, to when all these horrible things were going on around me, I shudder,” he told the metal magazine Kerrang! in 2011.

Now investigators believe that the deaths of Cornell and Bennington – who died on Cornell’s birthday – may be linked.

The parallels between the two deaths are astonishing. The close friends, who were working on exposing notorious entertainment industry pedophiles, died in the same way – with Bennington’s death taking place on what would have been Cornell’s 53rd birthday.

Close friends of Cornell say that he was shown a “black book” that included the name of one of his professional associates. After setting up his foundation and investigating further, Cornell was close to exposing a network of pedophiles working within the entertainment industry – a dangerous job that he considered his “duty.”

But his friends believe he was taken out before he finished the job.

The official investigation into Chris Cornell’s death is closed, but his widow and many of his fans are unsatisfied with the ruling by police and medical examiners that the Soundgarden frontman committed suicide.

Detroit police wrapped up their investigations quickly and the Wayne County Medical Examiner’s Office ruled the death a suicide, but investigators are claiming that unexplained gaps in the official timeline of Cornell’s final moments and suspicious inconsistencies in the records suggest that Cornell’s death was not suicide at all, but a premeditated homicide and cover up.

Investigator Randy Cody is among those questioning the suicide ruling. He points to perceived timeline gaps, forensic questions and what he says are two signs that Cornell had a head wound that was not mentioned in autopsy reports.

Speaking to Detroit Free Press, he referenced Detroit police scanner audio in which a medic is heard saying: “patient did have an exercise rubber band around his neck, suggestions of possible strangulation, trauma to the back of the head, history of depression. Patient is cool to the touch in all areas at this time.”

Cody also questions whether medics really broke so many of Cornell’s ribs in efforts to resuscitate him.

“You mean these medics did nine rib fractures (during CPR)? I’m not buying it,” said Cody, who also believes Cornell was killed because he was about to expose a child sex ring.

In May, Chester Bennington tweeted, “As of today, my life’s purpose is one of love and understanding. The world needs to change and that change comes from within. Hate, pride, vengeance and fear are the plague of the earth. Love, kindness, compassion, empathy and service to others are the cure.”

He added a challenge to his followers on Twitter, “Let’s all choose to be a part of the cure. If we look outside ourselves to find love and peace we will ultimately fail. It has to come from within. Lead by example.”

Chester Bennington was a mature, well-adjusted man who had exorcised his demons and had dedicated the rest of his life to fighting for others – including his six children and his godson, Christopher Cornell – and exposing the pedophile ring in entertainment industry.

However evil forces seem determined to shut these kind of people down. As details of his death emerge, it is worth keeping an eye on who pushes hardest with the suicide angle and attempts to shut down anyone who raises questions. They may be involved in the cover-up.

In Case You Missed It:  In a world dominated by mass DELUSION, the truly sane seem like outcasts
Posted in Freedoms and tagged murder, pedophilia.

Writing Your Own ‘Suicide’ Note…Before They Write it For You

By Judi McLeod Heads up to Charles Ortel, Mike Cernovich and other brave souls who keep digging for the truth about...