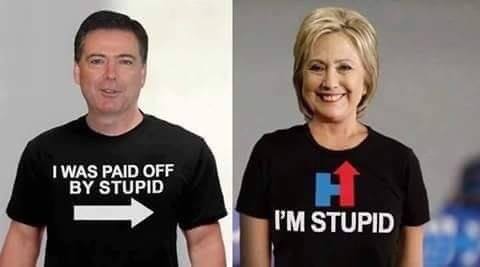 “According to the unredacted portions of the transcripts, it appears that in April or early May of 2016, Mr. Comey had already decided he would issue a statement exonerating Secretary Clinton. That was long before FBI agents finished their work. Mr. Comey even circulated an early draft statement to select members of senior FBI leadership. The outcome of an investigation should not be prejudged while FBI agents are still hard at work trying to gather the facts.”

In sum and substance, it appears that former FBI Director James Comey had drafted a statement clearing Hillary Rodham Clinton of any wrongdoing – THREE MONTHS BEFORE she and any other of the 16 named witnesses were even interviewed. If true, it would prove that the Comey-directed investigation into the entire Hillary Clinton e-mail case was nothing less than a fraud perpetrated on the American people on behalf of Hillary Clinton.

Meanwhile, James Comey testified under oath that he was compelled to come forward on July 5, 2016 as an alleged result of the now infamous tarmac meeting between Bill Clinton and Loretta Lynch, which according to Comey, cast doubt on the integrity of the FBI.

This is as serious as it gets.

Prepare. Pray for our nation.

I just don’t think anything is going to come out of this. The mainstream media will ignore it or dismiss it, and Hillary’s supporters don’t care how corrupt and evil she is. 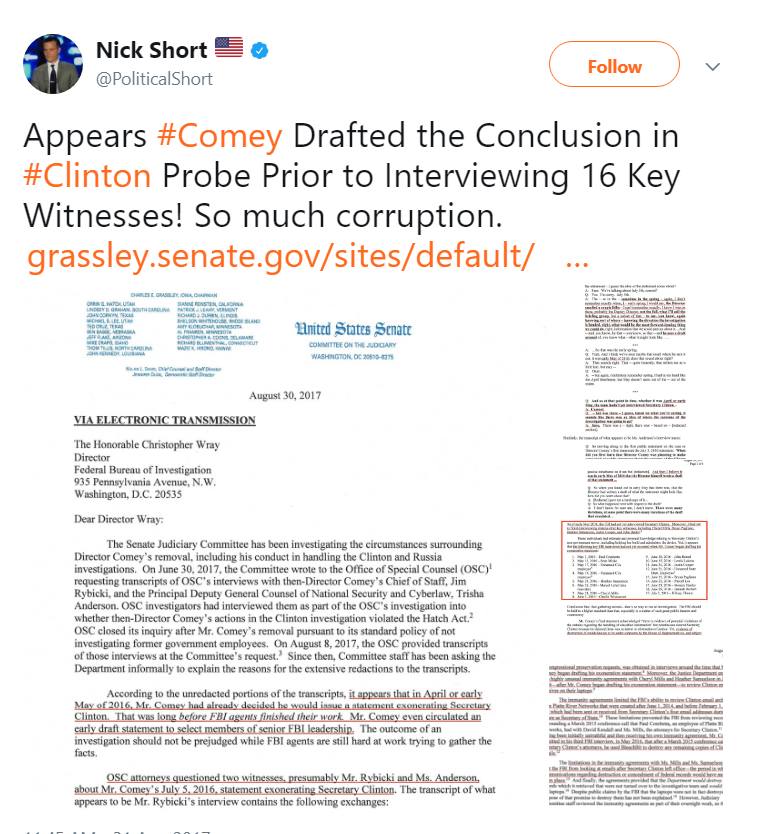 By Doug Hagmann I remember it well. My first contact with my DHS “whistleblower” source was a middle-of-the-night conversation on May...