Several U.S. states announced on Tuesday they would file a lawsuit against President Donald Trump’s decision to end a program that protects people brought illegally to the United States as children from deportation, Reuters reports.

DACA protected approximately 800,000 illegal immigrants who arrived in the U.S. as minors from deportation.

Attorney General Jeff Sessions made the announcement about the program being rescinded earlier on Tuesday.

“We are going to court to defend DACA and to fight for these Dreamers,” said Massachusetts Attorney General Maura Healy, according to Reuters.

The states did not indicate what their legal claims will be.

Sessions explained earlier that the Obama administration created DACA by executive order in June 2012, while it should have been submitted for Congressional authorization.

“In other words, the executive branch, through DACA, deliberately sought to achieve what the legislative branch specifically refused to authorize on multiple occasions. Such an open-ended circumvention of immigration laws was an unconstitutional exercise of authority by the executive branch,” he said.

“This policy was implemented unilaterally to great controversy and legal concern after Congress rejected legislative proposals to extend similar benefits on numerous occasions to this same group of illegal aliens,” he added.

The Trump administration will allow DACA to continue for another six months to allow Congress to act on the program.

Former President Barack Obama blasted the decision to rescind DACA, insisting it was not legally required to do so. 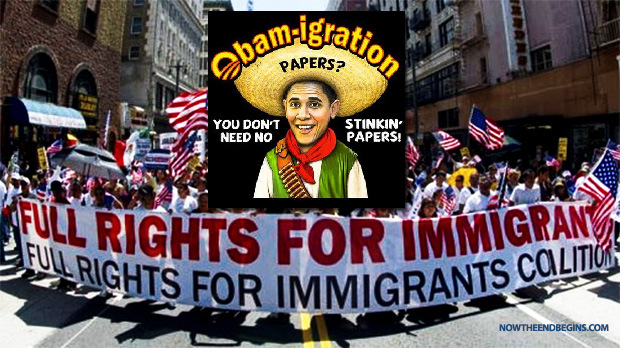 “To target these young people is wrong — because they have done nothing wrong,” Obama wrote on Facebook. “It is self-defeating — because they want to start new businesses, staff our labs, serve in our military, and otherwise contribute to the country we love. And it is cruel.”

“It’s a political decision, and a moral question,” Obama argued. “Whatever concerns or complaints Americans may have about immigration in general, we shouldn’t threaten the future of this group of young people who are here through no fault of their own, who pose no threat, who are not taking away anything from the rest of us.”

Haaretz: Russia threatened to veto US and Israeli moves against Hezbollah last week as the UN weighed extending and expanding...