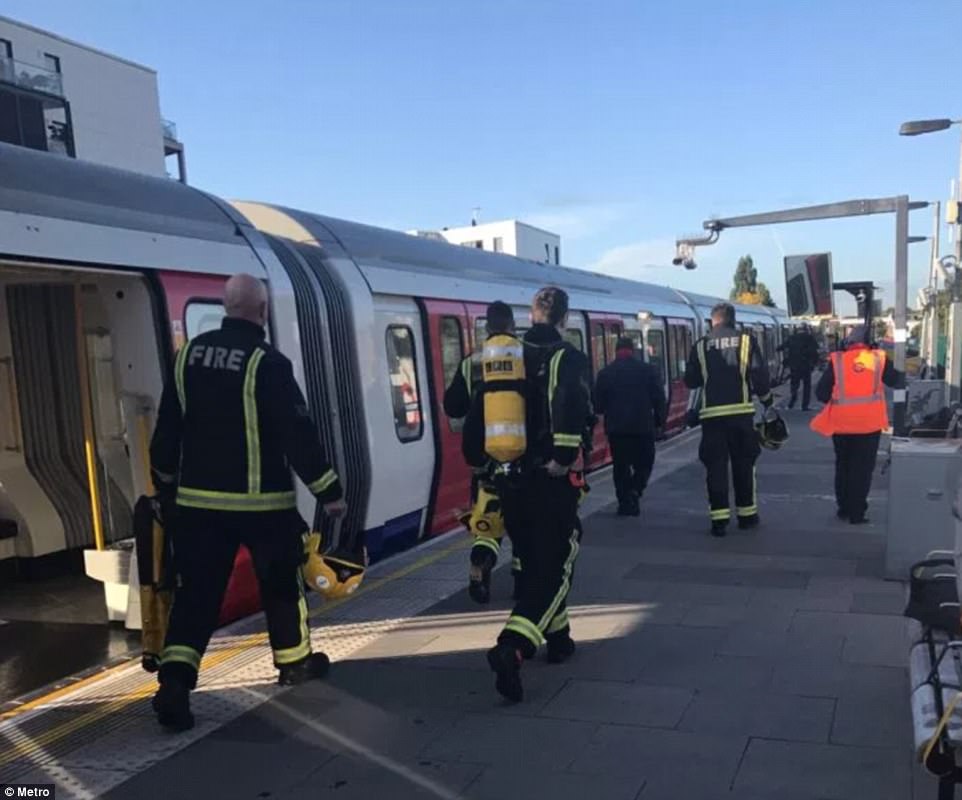 Here we go again yet another Islamic attack in London. Get ready for the Muslim Mayor of London Sadiq Khan to say this is normal and to be expected because of our wonderfully diverse culture. I’m sure the people on the train don’t think it’s so wonderful anymore.

This morning yet again London was enriched with Muslim immigration  when an explosion on the Tube Train went off. Witnesses said there was a loud ‘bang’, a flash and then a ball of flame engulfed surrounding passengers on the ‘packed’ District Line train.

A train rider said: ‘The explosion was like a large match going off at the end of the carriage. People just started sprinting. It was every man for himself when that happened. The burn victims had severe leg injuries.

‘It was a very busy commuter train, young and old, school children going to their schools. I saw was nannies trying to look for kids, because of the rush of people just taking five and six year olds away from them and they were trying to look for them.’

Prime Minister Theresa May chaired a meeting of the Government’s Cobra emergencies committee this afternoon to discuss the Islamic terrorist attack, now the fifth major British terror attack this year and we still have 3.5 months to go.

Armed Police, paramedics and firefighters were all said to be at the west London station within five minutes of the explosion today.

A 100m cordon was erected around the station and a police helicopter was also overhead. 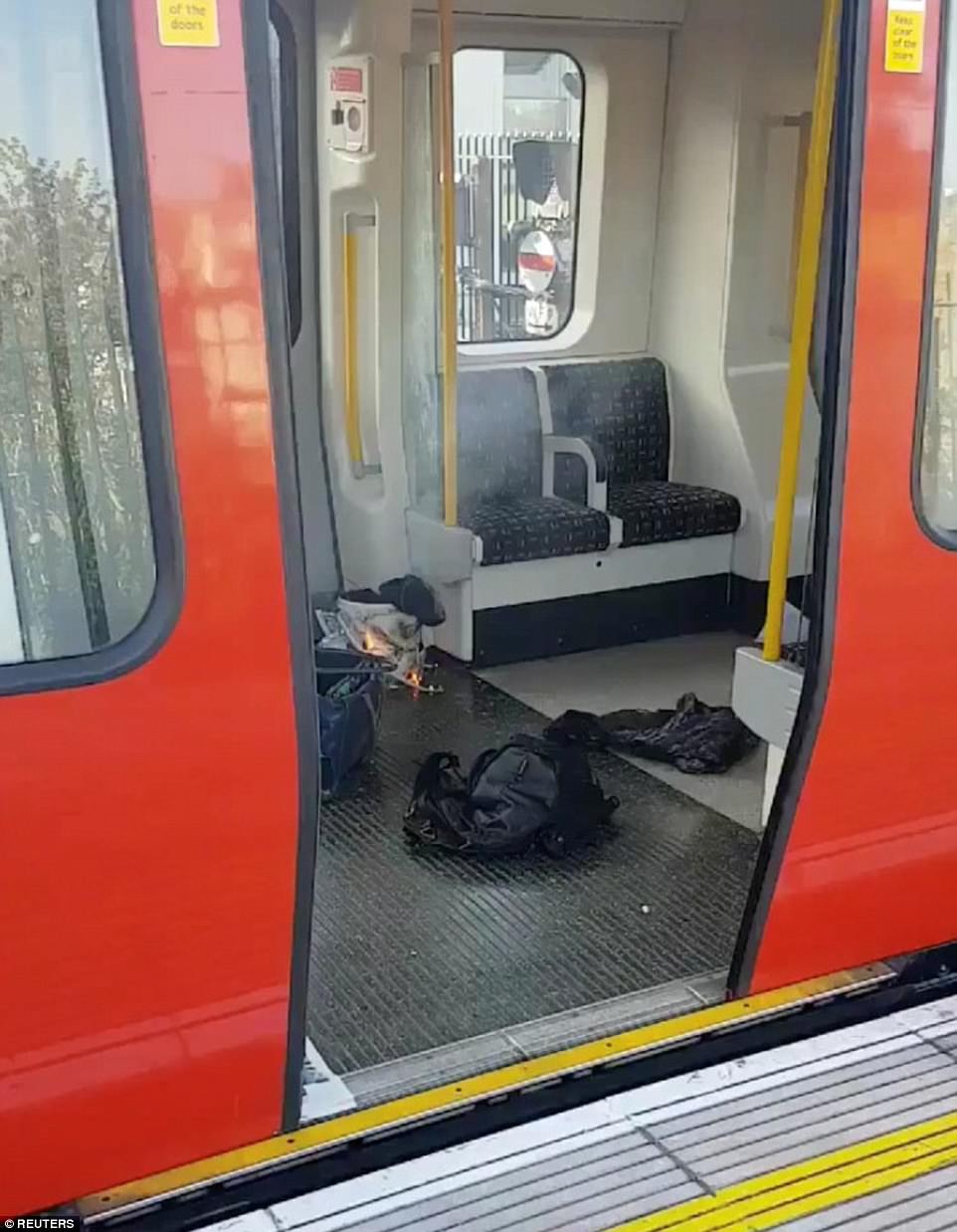 Scotland Yard said the area surrounding Parsons Green Tube station has been evacuated so specialist officers could “secure the remnants of the improvised device and ensure it is stable”.

22 patients in total were being treated at Imperial, Chelsea and Westminster, Guy’s and St Thomas’ and the Central London Community Healthcare Urgent Care Centre. Of these 18 were taken by ambulance and four self-presented.

An officer at the scene said ‘We believe there is a second bomb – there is a man with knives on the loose.’

Politicians are already polishing up their statements to remind us how peaceful Islam is and how this has nothing do do with Islam, just another coincidence they just happen to be Muslims. Expect these propaganda speeches to come out in the following days.

The Media tell us its ‘just an incident’ and not to ‘demonize a group of people’. The reality is Multiculturalism is a tragic failure pursued by the Marxist left and yet so many of Brits were willing to give Corbyn and Labour another go who was willing to aid and abet the EU with the ‘Migrant Crisis’.

London is one of the safest cities in the world, but that was before Islamic immigration. Today they have the best part of 4 million Islamist in the country now, and a high percentage of those (according to various polls) have sympathy with terrorism, agree with honor killings and want sharia law to displace the law of the land. What could go wrong?

Its time to start clearing up the mess that the Liberal left open immigration pushers have placed up on us. There are 20,000 Muslims of interest in the UK linked to terrorism. This is the figure given by MI5. Can we please stamp down on them and remove them from society for the sake of the next terror attack victims which could be any of our children.

(Conservativepapers.com) North Korea fired an intermediate-range missile over Japan into the northern Pacific Ocean on Friday, U.S. and South Korean...