As we know Muslims are hateful people, they hate everything and even the family dog is hated by these backwards people that follow a 5 century barbaric religion called Islam.  If it was not enough that people that follow the Islamic religion want to drive truck over us infidels, crash planes into our buildings or behead us, now one Muslim  Anila Daulatzai wants to deny the eye impaired infidels their service dogs.

Stories in the past have come out over and over.  A hateful Muslim taxi-driver in England,  Abandi Kassim, was  fined for refusing to take on a blind passenger’s seeing-eye dog because, as Kassim said: “For me, it’s about my religion.”

There have been many other such cases in the U.S., the UK, and Canada of hateful Muslims refusing to pick up fares with seeing-eye dogs. Many of the Muslim Somali taxi drivers who made up three-quarters of the 900 taxi drivers at the Minneapolis airport refused to pick up blind passengers because of their dogs. When forced to do so, some of them simply quit.

We see his hate coming out of Muslims all the time, finally a Muslim woman named Anila Daulatzai  and Professor of Islamic studies and  is teaching a graduate-level seminar course titled ‘Talibanization’  met her match today.  As Muslims try to migrate to the west and force their ways upon Westerners, today the West stood up to this intolerant Islamic barbarian and removed this sub-human from the plane and arrested her.

The woman started with the typical ploy knowing that the Americans will see she is a  Muslim and try and appease her, she started making the typical demands, she wanted the two service dogs removed from the plane.

Daulatzai first claimed she is has a life-threatening allergy to dogs,  the typical ploy Muslims make up to get their way, they know the way around our system well. Officers asked her to provide a copy of a doctors note showing she is truly allergic,  she refused. 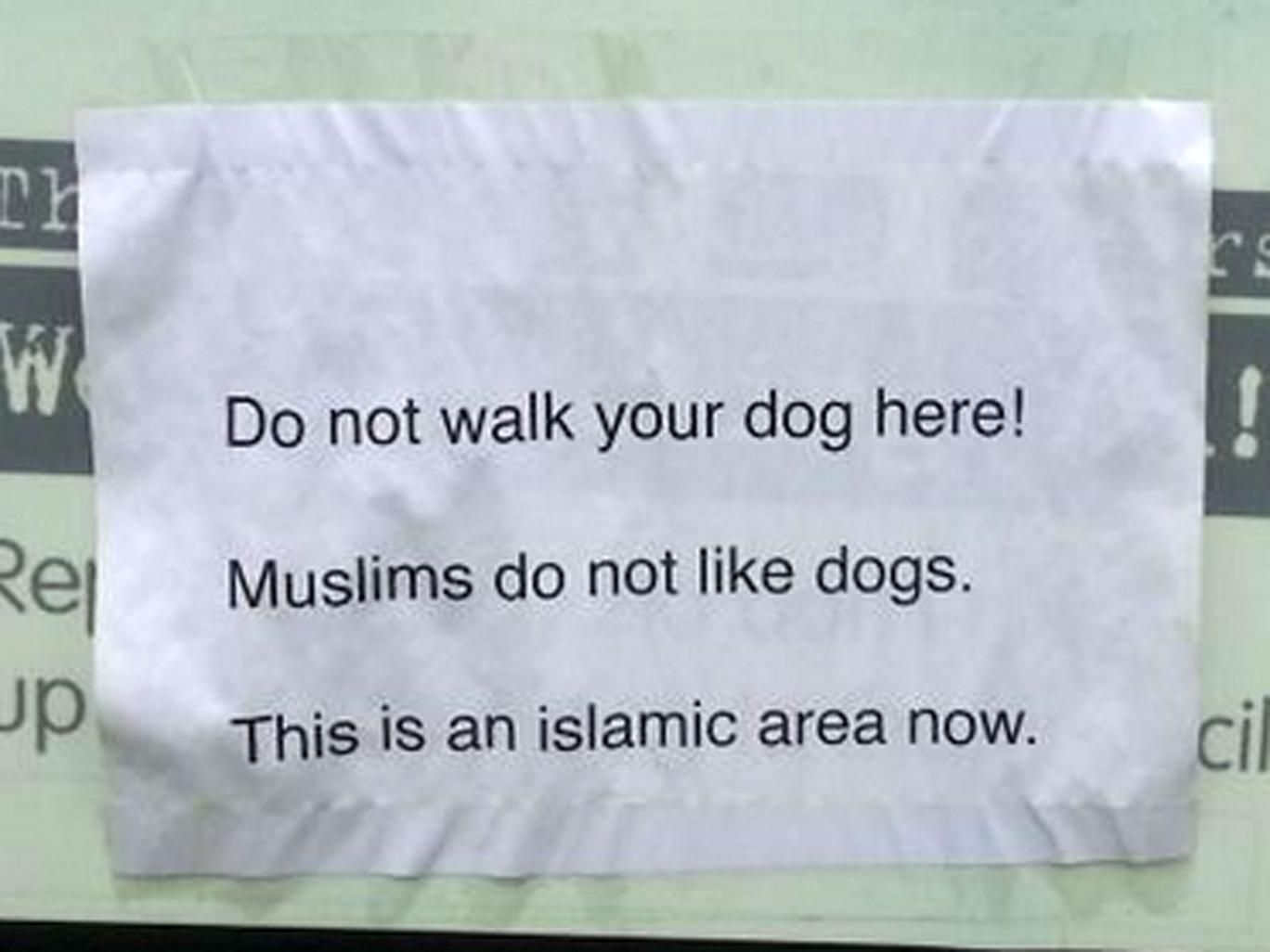 According to Southwest Airlines, their policy states that a customer without a medical certificate may be denied boarding if they report a life-threatening allergic reaction with animals on board. The passenger who filmed the incident added that Daulatzai refused to leave the plane. Onlookers described the woman as odd difficult and leaving the officers little choice.

Daulatzai is being accused of being combative on the Southwest flight, while others online accuse Anila of trying to go viral in order to sue Southwest Airlines and make Americans fear Muslims even more to always give in to their demands.

Daulatzai kept yelling at the officers with demands including asking for an Epi pen, she asked what they were doing when offers had no choice but to physically remove her. Anila complained that the men had ripped her pants when she refused to walk. One officer tells Daulatzai to fix her pants and walk like a normal person and start cooperating. Anila claimed that she couldn’t walk anymore. The other Southwest Airlines passengers seemed to grow frustrated with this intolerant Muslim scum playing the system, passengers were telling Daulatzai to walk off the plane. “Show them you can walk,” one woman tells Daulatzai.

Daulatzai was arrested and faced disorderly conduct charges, along with other charges of disturbing the peace, resisting arrest, and hindering officers. Anila was removed from the Southwest Airlines flight by the captain’s request. Anila yelled that her father had to undergo surgery.

This Flight 1525, which was set to depart Baltimore for Los Angeles about 8:40 p.m.” The incident occurred on September 26 at Baltimore/Washington International Thurgood Marshall Airport.

Passengers shot a video that shows two officers grabbing the woman’s arms, and one officer, with his arms around her chest, yanking and pulling her down the aisle and off the plane. “Don’t touch me!” the barbaric woman yells. A third officer was also at the scene trying to remove this Dog hating Muslim barbarian.

This Muslim hatred for dogs, as even many non-Muslims now know, has its origin in a Islamic Hadith from Bukhari:

Once Gabriel promised the Prophet (that he would visit him, but Gabriel did not come) and later on he said, ” We, angels, do not enter a house which contains a picture or a dog.” (Sahih Bukhari 4.54.50)

Abdullah (b. Umar) (Allah be pleased with them) reported: Allah’s Messenger (may peace be upon him) ordered the killing of dogs and we would send (men) in Medina and its corners and we did not spare any dog that we did not kill, so much so that we killed the dog that accompanied the wet she-camel belonging to the people of the desert. (Sahih Muslim 3811)Ibn Mughaffal reported: The Messenger of Allah (may peace be upon him) ordered killing of the dogs, and then said: “What about them, i. e. about other dogs?” and then granted concession (to keep) the dog for hunting and the dog for (the security) of the herd, and said: “When the dog licks the utensil, wash it seven times, and rub it with earth the eighth time.” (Sahih Muslim 551)

Dogs are to be killed, according to Muhammad, with the only exception made for those that are used for hunting or to guard a herd of cattle. But why? And why the mysterious coupling of two disparate items deemed haram:

Dogs were prized by Zoroastrians that Muslims consider Infidels. The Zoroastrians treated with great affection and reverence, that Muslims would want to clearly distinguish themselves from the inferior Zoroastrian infidels by treating dogs with contempt and even hatred.

Muslim attitudes toward dogs, and the fiendish cruelty with which, in Muslim Iran, both Zoroastrians and their dogs are treated by Muslims, have been described by the celebrated scholar of Zoroastrianism, Mary Boyce, who lived with Zoroastrians in 1963-64:

“In Sharifabad the dogs distinguished clearly between Moslem and Zoroastrian, and were prepared to go … full of hope into a crowded Zoroastrian assembly, or to fall asleep trustfully in a Zoroastrian lane, but would flee as before Satan from a group of Moslem boys …The evidence points … to Moslem hostility to these animals having been deliberately fostered in the first place in Iran, as a point of opposition to the old (pre-Islamic jihad conquest) faith (i.e., Zoroastrianism) there. Certainly in the Yazdi area … Moslems found a double satisfaction in tormenting dogs, since they were thereby both afflicting an unclean creature and causing distress to the infidel who cherished him. There are grim … stories from the time (i.e., into the latter half of the 19th Century) when the annual poll-tax (jizya) was exacted, of the tax gatherer tying a Zoroastrian and a dog together, and flogging both alternately until the money was somehow forthcoming, or death released them.

I myself was spared any worse sight than that of a young Moslem girl … standing over a litter of two-week old puppies, and suddenly kicking one as hard as she could with her shod foot. The puppy screamed with pain, but at my angry intervention she merely said blankly: “But it’s unclean.”

In Sharifabad I was told by distressed Zoroastrian children of worse things: a litter of puppies cut to pieces with a spade-edge, and a dog’s head laid open with the same implement; and occasionally the air was made hideous with the cries of some tormented animal. Such wanton cruelties on the Moslems’ part added not a little to the tension between the communities.”

The extreme cruelty of the Muslims — even Muslim children — to dogs should not surprise us. Nothing in the behavior of Muslims toward the most helpless of non-Muslims, the Zoroastrian remnant in Yazd, should surprise us, as it did not surprise the learned Mary Boyce.

So the next time you read about Muslim taxi-drivers refusing to pick up passengers with dogs, or about Muslims in the Middle East fiendishly torturing dogs to death, or woman like Anila Daulatzai refusing to fly with service dogs,  look for the explanation in the conquest by Muslims of the Sasanian Empire, and the desire to distinguish themselves, 1400 years ago, from the “infidels” whom they conquered.

A relatively obscure maritime law is in the spotlight after the devastation of Puerto Rico from Hurricane Maria. The Merchant...