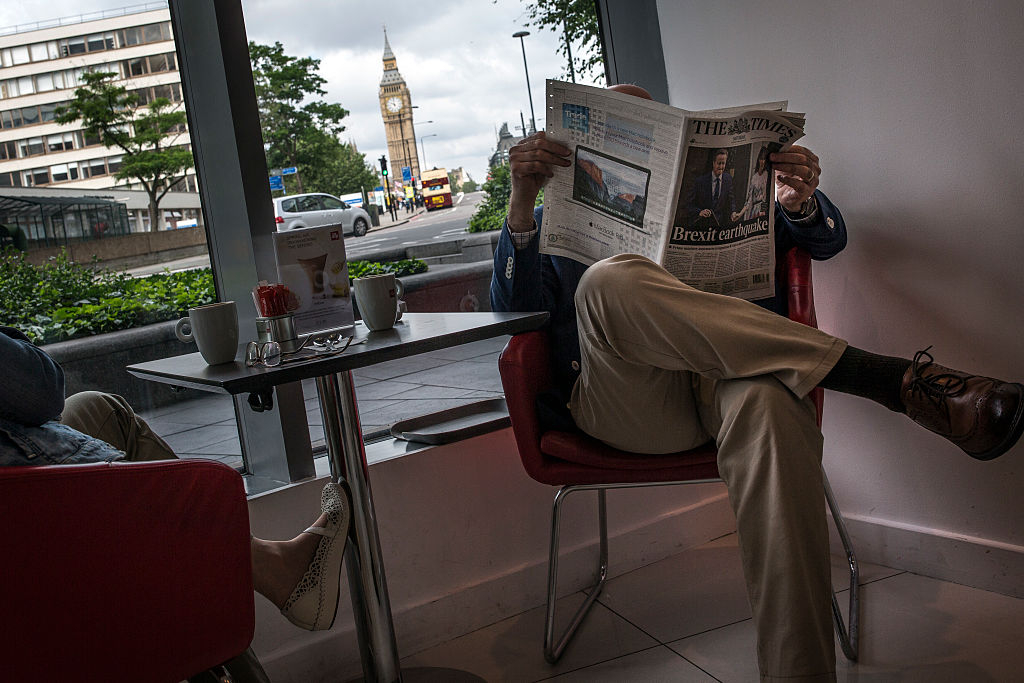 In August, the polling company YouGov conducted an opinion survey among 2,000 members of the British public. The poll, carried out in partnership with Arab News, the Saudi paper owned by a member of the Saudi royal family, was published September 25.

Alongside this report came the surprising finding that a similar number of British people (7 in 10) believe that “the rise in Islamophobic comments by politicians and others are fuelling hate crime.”

All of this presents a fascinating as well as slightly confused picture. Why should the same percentage of the public believe that “Islamophobia” is getting worse but that politicians in Britain are fuelling it? Let alone that politicians are fuelling an alleged rise in “hate crime” — the upsurge in which is constantly promised yet mercifully never occurs? It is clearly the aim of Arab News — as with many other media companies from the same region — to present Britain as a bigoted and unenlightened place — a country filled with primitive and medieval views of “the other”. As opposed to, say, an enlightened and welcoming family fiefdom like that of Saudi Arabia, where attitudes towards foreigners and incomers are renowned the world over for their tolerance and good humour.

If it was possible to have genuinely free and fair polling in Saudi Arabia, carried out by a foreign newspaper and without any government interference, then doubtless the world would learn only of the amount that outsiders had brought into the country, and the extent to which security checks on any people coming to the country from outside Saudi should be entirely absent.

The idea, of course, is ridiculous. What is more ridiculous still is the idea — consistent from a range of opinion polls over recent years — that the British people, like those across Europe and America, are in the grip of some profoundly irrational mania. If the public are asked whether Arabs should be profiled for security reasons, why should it be surprising if a very slight majority of the public think they should be? A large number of terrorist incidents have occurred in the Arab and Western world in recent years, and despite the considerable diversity of the perpetrators of Islamist attacks across the globe, a larger number of terrorists in recent years have emerged from the Arab world than, say, Eastern Europe. If, at some point, large numbers of Czechs, Poles and Hungarians had started to export terrorism across the planet, a majority of the public in a country such as Britain might be relied on to call for increased security checks on people of Eastern European origin. In the meantime, the public would appear to be guilty of nothing other reading the news. The central conceit of a poll such as this, however, is, of course, to present the whole issue of terrorism as a misunderstanding by the general public.

The issue is not just the four Islamist attacks in the UK so far this year (“only” three when the Arab News survey was carried out). The issue is not the appearance of a Libyan suicide bomber at a pop concert in Manchester in May, or the young men of Pakistani origin who rampaged across London Bridge and into Borough Market in June, while they slit the throats of passers-by and shouted, “This is for Allah”. None of those incidents would appear to be the issue for the Arab News. The question they seem to wish to get to the root of is: Why the British people might have bigoted and unpleasant attitudes? The paper’s editorial response is itself reminiscent of the outcry in September 2013 when a poll carried out for BBC Radio 1 found that among 1,000 young British people polled, 44% said that Muslims did not share the same values as the rest of the population, while 27% said that they did not trust Muslims.

That poll brought forth a slew of self-analyses and experts of all backgrounds asking what could be done to change the attitudes of young people and effectively correct them. What almost no one noted — or thought noteworthy — was that the poll had been carried out in June. What wasnoteworthy, was that only a few weeks before the September 2013 poll was conducted, two young British converts to Islam had run over a serving soldier — Lee Rigby — in south London, and then, in broad daylight, had hacked at his body with meat-cleavers and knives.

Few newspaper commentaries wondered whether the people who had decapitated a soldier on the streets of London might not be responsible for the negative sentiments that followed. Just as few now will probably wonder whether it is not the recent waves of overtly-inspired, extremist Muslim terrorism that causes British people to have concerns — including security concerns — about people from the Middle East. For the time being, the problem is supposedly not the problem; the problem is supposedly their reading about the problem and drawing their own conclusions from it.

eedless to say, the fastest way to deal with any problem of perception is to address the issue of reality. For British politicians and opinion-makers, the idea of dealing with the problem still lies some way away. For Arab News, any such explanation would be an impossibility. Strangely, the problems of extremism which the British public sees and abhors would — if traced back to their origin — find a source of blame much closer to Arab News‘s own headquarters than the paper might find comfortable.

Douglas Murray, British author, commentator and public affairs analyst, is based in London, England. His latest book, an international best-seller, is “The Strange Death of Europe: Immigration, Identity, Islam.”

Those trying to dissect why Americans are in such a populist mood need only watch a short segment from NBC...