In addition to the Vegas shooters frequent forays into casinos and gun shops, Las Vegas strip killer Stephen Paddock took 20 cruises, many of them the Middle East, investigators have learned. Jordan and the United Arab Emirates, are some of the locations he traveled to according to information provided by a law enforcement source who asked not to be identified because the source was not authorized to share information about the investigation.

Las Vegas authorities now acknowledge mass murderer Stephen Paddock may have been “radicalized” before his bloody rampage Sunday at the Route 91 Harvest Music Festival but they won’t say what species of radicalism the shooter may have embraced.

The deadliest mass shooting in modern American history has been cravenly transformed into anti-American propaganda by the Left, as Democrat commentators race to ghoulishly disparage white men, gun rights and the NRA, Republicans, and President Trump, blaming them for what otherwise looks like a Muslim terrorist atrocity. Islamic State continues to claim responsibility for the massacre. The terrorist group also claims Paddock converted to Islam six months ago and refers to him by a nom de guerre, Abu Abdul Barr al-Amriki

Paddock also was found to have traveled to Jordan and the United Arab Emirates, according to information provided by a law enforcement source who asked not to be identified because the source was not authorized to share information about the investigation. 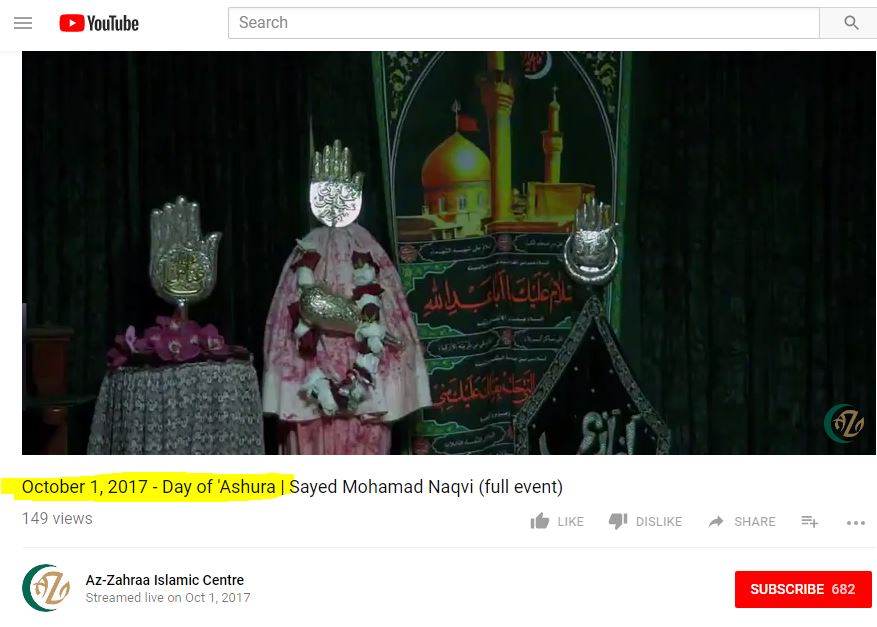 In the islamic calendar the day of the shooting was the 11th Muharram. Each year the Muharram (first month in an islamic year) starts on a different date, this year 21 september.

The tenth day of Muharram is a special day to honour a medieval jihadist/martyr in islam. Day of Ashurah (lit. “the tenth”)

So, the shooting started after sunset on the last fasting day of those special islamic days, and a day after the official day.

Paddock’s digital profile “showed he researched many of the massacres committed by the IS lately in Europe.”

NBC News reports three major updates – a cell phone charger found that does not match Paddock’s phone, and the fact that his room’s key card was used after his car had left the hotel’s garage. There was also a receipt for room service for two guests, as well as a missing rifle that Paddock just purchased.

Muslim terrorists are increasingly targeting concert venues, as Paddock did on the weekend. There was the bombing of the Ariana Grande concert in Manchester, England, on May 22 that killed 22. On November 13, 2015, Muslim terrorists attacked the Bataclan concert hall in Paris, France, leaving 89 dead during a performance by Eagles of Death Metal.

Or Sheriff Lombardo may be implying Paddock was supportive of Antifa or the KKK. “In any case, [radicalized is] a strange word to throw out there and leave hanging,” Spencer adds.

It’s possible Paddock was a right-winger, but if so, he had an odd way of showing it. Targeting country music fans, who are largely Republican and conservative, seems like a strange way to advance a right-of-center cause.

Besides, in the United States, political violence is almost the exclusive province of the Left and Islamists.

ON top of all of this, former Massachusetts Trump campaign official James Brower posted a series of tweets last night claiming he was leaked information about Paddock being inspired by ISIS to carry out the mass shooting.

“There is a video, this video will prove the motive. He had a secret digital profile that was uncovered over the last 24 hrs,” claims Brower.

There is a video, this video will prove the motive. He had a secret digital profile that was uncovered over the last 24 hrs. https://t.co/SSJxnvasld

In Case You Missed It:  If Voters Had Known About 8 Stories Media Ignored, Trump Would Have Won, Says Media Watchdog
Posted in Freedoms and tagged Islam, Middle East.