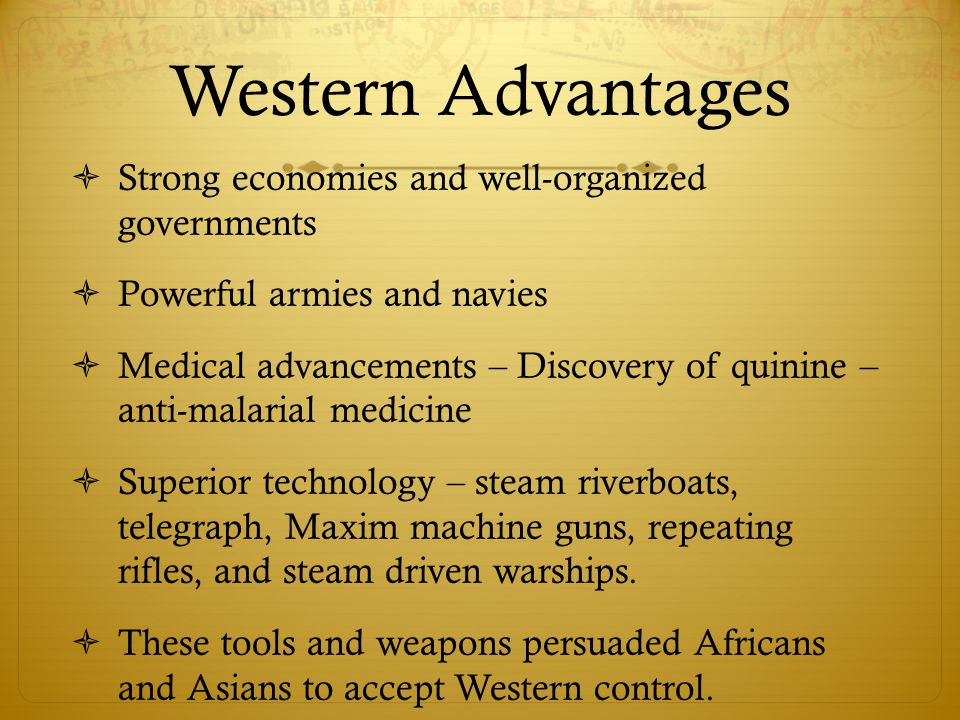 The Third World Quarterly recently published “A Case for Colonialism” by Professor Bruce Gilley. Following a hostile reaction from the usual suspects, the article was withdrawn. But you can still read it on the web here.

Its essential argument is that colonialism was the best thing that ever happened to the 3rd world people.

The notion that colonialism is always and everywhere a bad thing needs to be rethought in light of the grave human toll of a century of anti-colonial regimes and policies. The case for Western colonialism is about rethinking the past as well as improving the future. It involves reaffirming the primacy of human lives, universal values, and shared responsibilities – the civilising mission without scare quotes – that led to improvements in living conditions for most Third World peoples during most episodes of Western colonialism. It also involves learning how to unlock those benefits again. Western and non-Western countries should reclaim the colonial toolkit and language as part of their commitment to effective governance and international order.

People form the 3rd world are increasingly realizing that life was better with Westerners in charge.

Sèbe has documented how the founding figures of Western colonialism in Africa (such as Livingstone in Zambia, Lugard in Nigeria and de Brazza in Congo) are enjoying a resurgence of official and social respect in those countries now that romanticised pre-colonial and disappointing postcolonial approaches to governance have lost their sheen. As one young man on the streets of Kinshasa asked Van Reybrouck (as described in his seminal 2010 book on the Congo): ‘How long is this independence of ours going to last anyway? When are the Belgians coming back?’

Even back in the day, 3rd worlders actually preferred living under western control. The whole White Invasion/Brown Resistance narrative is a modern fabrication.

Anti-colonial critics simply assert that colonialism was, in Hopkins’s words, ‘a foreign imposition lacking popular legitimacy’. Yet until very late, European colonialism appears to have been highly legitimate and for good reasons. Millions of people moved closer to areas of more intensive colonial rule, sent their children to colonial schools and hospitals, went beyond the call of duty in positions in colonial governments, reported crimes to colonial police, migrated from non-colonized to colonized areas, fought for colonial armies and participated in colonial political processes – all relatively voluntary acts. Indeed, the rapid spread and persistence of Western colonialism with very little force relative to the populations and areas concerned is prima facie evidence of its acceptance by subject populations compared to the feasible alternatives. The ‘preservers’, ‘facilitators’ and ‘collaborators’ of colonialism, as Abernethy shows, far outnumbered the ‘resisters’ at least until very late: ‘Imperial expansion was frequently the result not just of European push but also of indigenous pull’.

Anti-colonialism is just another aspect of  the Blame Whitey hate narrative whose pernicious effects are now being felt in our own countries. But in the Third World, it has already cost millions of lives.

It is hard to overstate the pernicious effects of global anti-colonialism on domestic and international affairs since the end of World War II. Anti-colonialism ravaged countries as nationalist elites mobilised illiterate populations with appeals to destroy the market economies, pluralistic and constitutional polities, and rational policy processes of European colonisers. In our ‘age of apology’ for atrocities, one of the many conspicuous silences has been an apology for the many atrocities visited upon Third World peoples by anti-colonial advocates.

…A sobering World Bank report of 1996 noted: ‘Almost every African country has witnessed a systematic regression of capacity in the last 30 years; the majority had better capacity at independence than they now possess’. This loss of state capacity was no trifle; it meant the loss of tens of millions of lives.

The only successful ex-colonies are the ones that copied Western ways.

As Burton and Jennings note, ‘In the first decade or so after independence … East African governments often adopted or adapted both administrative structures and ideological concepts from their colonial predecessors in order to create quite successful forms of governance – certainly by regional standards’. In many cases, colonial bureaucrats and police were rehired by the newly independent governments.

The author argues that the best hope for 3 world countries is to be recolonised by western influence. But why would we want to do this since, as the author acknowledges, even back in the good old days,  3rd world people cost more than they were worth?

Despite cries of ‘exploitation’, colonialism was probably a money loser for imperial powers. The Stanford economist Richard Hammond coined the term ‘uneconomic imperialism’ to describe the ways that European powers embarked on ruinously costly and ultimately money-losing colonialism for largely non-economic reasons. That is why they gave up their colonies so easily, as Wu also showed with regard to the Dutch surrender of Taiwan.69 The benefits of empire were widely diffused while the costs were narrowly borne by the colonial power. As Kaplan wrote: ‘The real problem with imperialism is not that it is evil, but rather that it is too expensive and therefore a problematic grand strategy for a country like the United States’.

His answer is that 3rd world countries should pay Western nations to colonize them again.

To solve the incentives problem, Hechter has called for a ‘market in transnational governance’ which we might call less euphemistically ‘colonialism for hire’. Colonial states would be paid for their services, an important motivator to be successful. The contractual motivation would also strengthen consent through periodic renegotiation of the terms.

His suggestion is that Westerners should be granted long leases on virgin soil territory in the Third World, where we can set up new colonies on the model of Hong Kong. Because of their superior governance, these colonies would act as magnets for 3rd wolders in the rest of the country, acting as drivers of economic and cultural development.

Westerners might say: Who cares if 3rd world coutnries are successful or not, happy or sad, alive or dead? I can see two practical advantages to this from our perspective:

Here is an interesting Chinese perspective on the phenomenon.

In Case You Missed It:  10 States file lawsuit over “unconstitutional and unlawful” COVID-19 vaccine mandate for healthcare workers
Posted in Freedoms and tagged Africa, Middle East.

This College Professor Is Under Siege for Challenging Transgender Orthodoxy