The New York attorney general announced his office will be looking into possible civil rights violations within The Weinstein Company, following a series of sexual assault allegations against Harvey Weinstein. 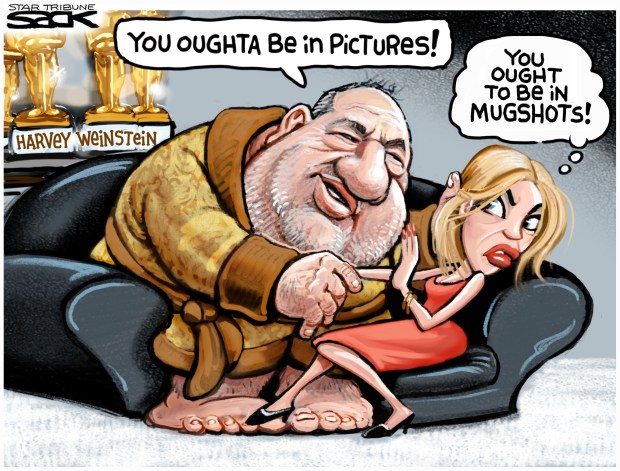 State Attorney General Eric Schneiderman will be looking to see whether the allegations against Weinstein violated women’s civil rights or reveal possible gender discrimination against them, The New York Times reported Monday.

“No New Yorker should be forced to walk into a workplace ruled by sexual intimidation, harassment, or fear. If sexual harassment or discrimination is pervasive at a company, we want to know,” a statement from the attorney general read.

About 40 actresses have accused Weinstein of either sexually harassing them or forcing himself on them sexually. One actress alleged Weinstein forcibly gave her oral sex, while others told harrowing stories of the Hollywood mogul chasing them around his hotel rooms. A spokesperson for Weinstein has repeatedly denied all claims of nonconsensual sex.

The Civil Rights Bureau sent a subpoena to the company requesting documents, the standards the company used to hire and fire people, any formal or informal complaints filed about sexual harassment, and records on the way the company treated those harassment complaints, a person who reportedly saw the document told The New York Times.

Weinstein has since been fired from The Weinstein Company after the reports of harassment.

The Weinstein Company did not return The Daily Caller News Foundation’s request for comment in time for publication.

Content created by The Daily Caller News Foundation is available without charge to any eligible news publisher that can provide a large audience. For licensing opportunities for this original content, email [email protected]

It was Sen. Bernie Sanders, I-Vt., who launched a broadside against President Donald Trump’s budget nominee over religious views, but...