Atheists belong to a religion. 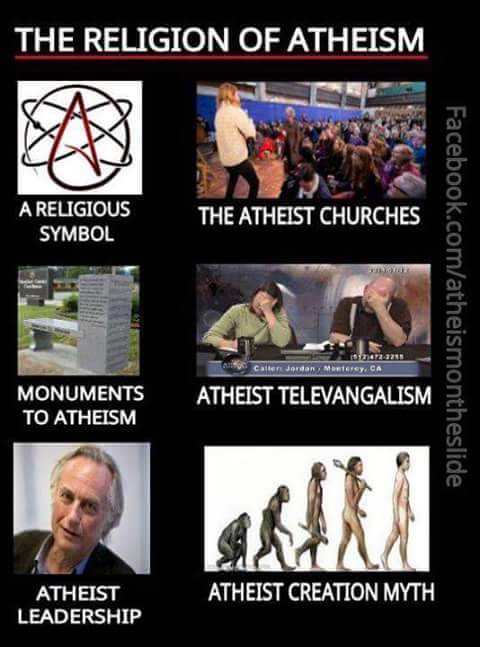 We, as rational individuals, all know its true except the atheists themselves. When, and only when, they understand that they indeed belong to a religion, then we can get down as to who holds the most accurate and truthful religion out there. For Atheists to attempt to claim “neutrality”, in reference to God, is a complete cop out and disingenuous intellectually. They have indeed picked a side. They choose their religion based on what they believe is evidentiary to their presuppositions. Denying what they believe, and hold as truth, may be an easier pill for them to swallow but they are only attempting to deceive themselves.

Atheism is a religion.

Atheism IS a religion. I know that some have made that statement without much evidence. And I know that atheists themselves heatedly deny it. I’ve heard their rejoinders: If atheism is a religion, then not playing baseball is a sport. Or, atheism is to religion what bald is to hair color. Clever. I guess I don’t blame them for denying it, but denying something doesn’t prove it is not there. (I would advise any atheist readers to re-read the previous sentence until BOTH meanings sink in.) A religion doesn’t have to posit a god who must be identified or worshiped. Some religions are polytheistic (Hinduism, Mormonism), some monotheistic (Judaism, Christianity, Islam), some non-theistic (Buddhism). I’d say the new atheists and their religion are “anti-theistic.” But their atheism is religious nonetheless. Consider this: 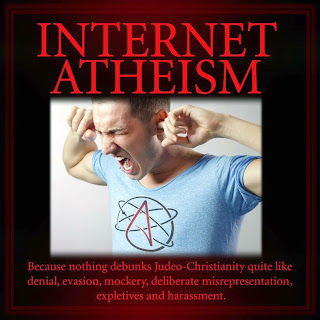 There are days when evil and suffering are hard to explain, even for the most ardent follower of God. There are questions we cannot answer. There are days when every honest Christian will admit doubts about some specifics, but we don’t become atheists. It is because our soul JUST KNOWS that God is there, because God revealed Himself to all of us. Romans 1:18-23

And maybe because atheism is a religion that requires too much untenable faith.

Not only is Atheism a religion, the entire premise is a negative proof fallacy.

In Case You Missed It:  Do the people who rushed to get the COVID shot have buyer's remorse?
Posted in Freedoms and tagged Religion.

What do Islamophobia and Voter Suppression Have in Common?

I unapologetically choose America first, national sovereignty, protected borders, the meritocracy, and unrestricted freedom of speech without which there is...