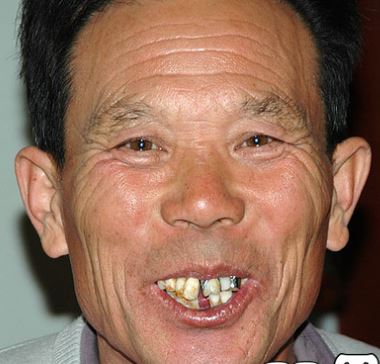 As the Chinese Communist Party (CCP) 19th Party Congress came to a close last month, new members of Chinese leadership emerged on the national stage. This leadership exists in the form of the CCP Central Committee’s Politburo, and in particular, a new Politburo Standing Committee.

The seven-member Politburo Standing Committee, which includes President Xi Jinping and Premier Li Keqiang, will lead the People’s Republic of China for the next five years. For the United States, and especially President Donald Trump, these seven men will now be both the face and the substance of Chinese power through 2022.

This new Chinese leadership has more foreign policy experience and orientation than previous cohorts. And just as important, it is likely to remain influential even beyond the end of Xi’s second term.

Xi and Li are the only two members who remain from the previous Politburo Standing Committee. Xi will remain not only the party’s general secretary, but also China’s president, while Li will remain China’s premier.

Wang Qishan, whom Xi relied upon to conduct extensive anti-corruption efforts over the past five years, stepped down, suggesting that the informal requirement that Politburo members retire at age 68 remains in place.

This may have implications for this incoming cohort of Politburo Standing Committee members, several of whom will not reach retirement age by the next Party Congress in 2022.

Li Zhanshu, 67. Li is currently Xi’s chief of staff, and director of the General Office of the Chinese Communist Party. As such, he effectively heads the main staff supporting the party leadership. Li has also been the head of the General Office of the National Security Commission, a body responsible for ensuring domestic security. Reports suggest that he is likely to become the head of China’s National People’s Congress.

In Case You Missed It:  The Tyranny in the Left’s Goal of Outlawing ‘Hate Speech’

Wang Yang, 62. Wang is currently the third-ranking of the four vice premiers of China. Wang had previously served as party secretary for Guangdong province, and also for Chongqing, a provincial-level city (comparable to Beijing, Tianjin, and Shanghai). With his elevation to the Politburo Standing Committee, Wang is likely to become the chairman of the Chinese People’s Political Consultative Conference, a key political advisory body.

Wang Huning, 62. Wang has been the director of the Central Policy Research Office, and is an expert on Chinese communist ideology. He has helped support the development of such key CCP concepts as Jiang Zemin’s “Three Represents” and Hu Jintao’s “Scientific Outlook on Development.” Wang has also reportedly been a key adviser to Xi on foreign affairs. He is expected to become chief of the secretariat, in which capacity he will manage the party’s ideological affairs.

Zhao Leji, 60. Zhao has been head of the CCP’s Organization Department, effectively overseeing the party’s personnel affairs (and dossiers). He has therefore been instrumental in ensuring that Xi’s supporters occupy key party positions. Zhao will reportedly replace Wang Qishan in heading the Central Commission for Discipline Inspection, giving him enormous power and influence in policing the party and the broader Chinese population.

One of the surprises that emerged from the 19th Party Congress was the absence of a designated successor to Xi. This has led to a variety of speculations, including that Xi might seek a third term.

It is worth noting, however, that at least three officials in the new Politburo Standing Committee—Wang Yang, Wang Huning, and Zhao Leji—will not reach the (informal) mandatory retirement age of 68 by the time of the 20th Party Congress in 2022.

Therefore, in theory, all three could remain on the Politburo Standing Committee—indeed, there is not much precedent of requiring sitting members of the committee to step down.

Of equal importance, it is clear that these three men owe their rise to Xi. Thus, they are likely to support Xi in any decision-making—including efforts to establish a successor.

Because these officials will likely remain on the Politburo Standing Committee after Xi’s second term ends in 2022, Xi will likely have three voices on the committee, and therefore could continue to wield substantial influence on Chinese policies, even if he were to step down as president.

Xi’s focus and influence on Chinese foreign policy will only increase in the years ahead. Not only is Xi’s foreign policy adviser now on the Politburo Standing Committee, but Yang Jiechi, state councilor for foreign affairs, has been elevated to the 25-member Politburo.

The rise of Yang means that Chinese foreign policy will likely become more streamlined and better coordinated. Policy setting on both foreign and domestic issues is the purview of the CCP (mainly the Politburo), while policy implementation is the task of the bureaucracy and the state.

In Case You Missed It:  Across the Wide, Growing American Divide

A prime example of this was when China conducted an anti-satellite test in 2007 without first informing China’s embassies and the Foreign Ministry. This occurred not because the Chinese military was going “rogue,” but because the Foreign Ministry simply was not part of the central decision-making apparatus (as reflected by the lack of membership on the Politburo).

Yang’s inclusion on the Politburo will alter this situation, making it more likely that future Chinese actions will be better coordinated within the Chinese government.

by Andrew Bieszad  A Christian couple was barred from adopting a child in Canada after they were told that their support...