Home prices continue to hit new peaks, but the overall housing market faces little or no risk of a collapse, housing analysts say. Several cities could be in a bubble, however. 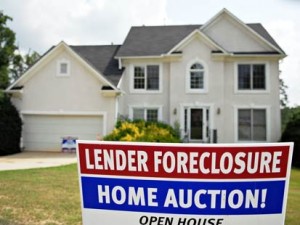 In a recent report, the Urban Institute named several cities where prices could be out-of-whack. These were metros that both ranked low in affordability, and where price have risen rapidly over the last few years. On the Urban Institute’s top five bubble-watch list were the California metro areas of San Francisco, San Jose and Oakland as well as Portland, Oregon, and Seattle.

priceblog(1)Urban Institute researchers do not believe that any cities on its bubble-watch list will see a deep crash. Likely, the worst that could happen to these markets in the near term is that the monthly price gains will cool off and could eventually peak. Fewer properties also may change hands.

Home prices in high-cost cities have been sustained by low interest rates, which have created strong demand from buyers. Higher-priced cities also have seen tight inventories of homes for sale, which has limited the supply of affordably priced homes and naturally led to higher prices. In some locales, home prices also have been driven up by cash buyers and foreign investors, which have been actively buying properties along the coasts and in cities like Dallas and Austin, Texas.

By contrast, the last housing bubble spread across the entire nation and was fueled by subprime lending and real estate speculation. There is little risk that the market will repeat the crisis brought on by the bubble conditions of 2005-2007, according to the Urban Institute analysis.

“There is not likely to be a national bubble in the way that we saw the first decade of the century,” said Edward Golding, a senior fellow at the Urban Institute’s Housing Finance Policy Center. Golding said the housing market as a whole is a little less affordable than it was four year ago. “[But] we are still quite a bit more affordable than we saw during the last bubble. So, we are not concerned at a national level.”

He also noted that the risky loan products have largely been stamped out.

“Much of the [past] bubble was driven by certain speculative products that promoted [investors] buying their fourth and fifth house, and the like, [and through] some of the no-doc and liar loans,” Golding told Scotsman Guide News. “We have seen significant reforms in the mortgage market.”

A number of housing-data tracking companies have noted that home affordability has been weakening across many cities. CoreLogic, for example, recently said half of the nation’s top 50 cities were overvalued. This is another way of saying that the current prices of the homes exceed their long-run average of what the incomes in that area can sustain.

Attom Data Solutions, for example, reported that 45 percent of the 406 U.S. counties that it analyzed were less affordable than historic norms in the third quarter. These markets include some of the usual suspects along the coasts, but also a surprising number of counties in middle America, places like Bexar County, Texas (San Antonio), and Wayne County, Michigan, the county seat of Detroit.

Attom’s data does not suggest that the market is headed for any serious trouble, however. In the third quarter of this year, the company reported that affordability improved in 60 percent of the 506 housing markets that it tracked for its affordability index. This improvement came about because wages tended to rise in these markets, and home-price growth slowed in the quarter.

“The good news is that a crash is not the only way for an overheated housing market to slow down and cool off,” said Daren Blomquist, a senior vice president with Attom Data Solutions. As interest rates rise, it should also cool off some of the markets that have begun to overheat, Blomquist added.

In Case You Missed It:  Get Ready for the Economic Collapse
Posted in Financial and tagged Economy, Financial.

An aspirin a day keeps many cancers away, study suggests

Long-term aspirin use reduces the risk of developing many cancers, a major study has shown. Chinese researchers followed the progress...