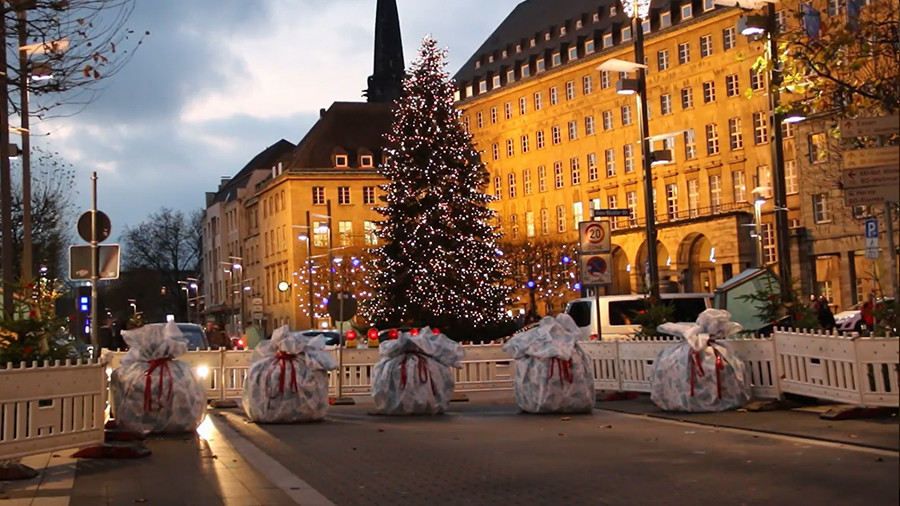 Vehicular jihad, one of the wonderful migrant contributions to the West. After numerous incidents throughout Europe and in the United States, Europeans had to come up with clever ideas to stop Muslim migrants from driving automobiles into crowds of people.

Germany’s capitulation and suicidal immigration policies packaged up in a neat little bow, and hoping the German people won’t notice that there is a war going on that has been enabled entirely by Angela Merkel and Co.

Cities across Germany are boosting security for Christmas market season, following the deadly truck rampage in Berlin last year. The city of Bochum put out massive car barricades – and then gift-wrapped them to look like presents, but they are actually barriers to block Muslim vehicular jihadist. 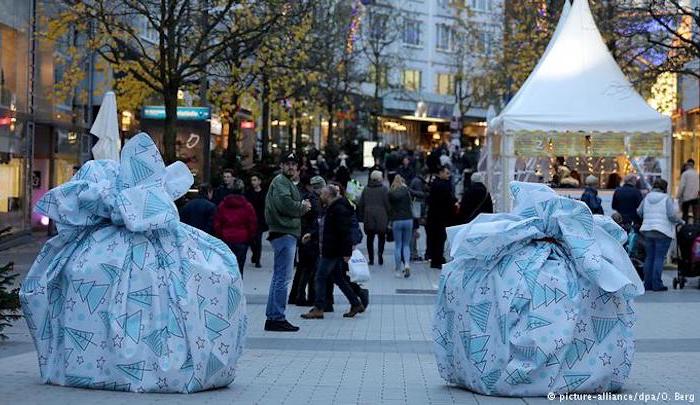 Bochum authorities placed a string of 1.2 ton pellet bags and concrete pillions in the downtown area to avert potential terror attacks ahead of the seasonal opening of the local Christmas market.

On Thursday morning, however, the bags took on a holiday look, with the city’s official marketing service turning them into novelty Christmas presents.

“For us it was very important to fit in those ugly barriers into the beautiful overall atmosphere,” said the head of Bochum Marketing Mario Schiefelbein.

Some Germans not so happy about the situation they have been put in with Merkal’s policies on migration, they put a message on the barricades prior to them being covered as gifts.

Then we go to the UK that also had it share of Muslim jihadist killing people with autos.

There are anti-terror bollards wrapped up for Christmas.

Anti-terror bollards in Queen Victoria Square have been wrapped and packaged as Christmas presents ahead of the city’s light switch-on.

The bollards outside the Maritime Museum and Hull City Hall have had a makeover and now resemble presents underneath Christmas trees.

Thursday night’s big switch-on will include fireworks and a light display.

Alongside the Christmas trees, stunning white LED lights will illuminate King Edward Street, Whitefriargate, Ferensway, Prospect Street and Jameson Street giving a huge 360 degrees of illumination across the whole of the city centre…. 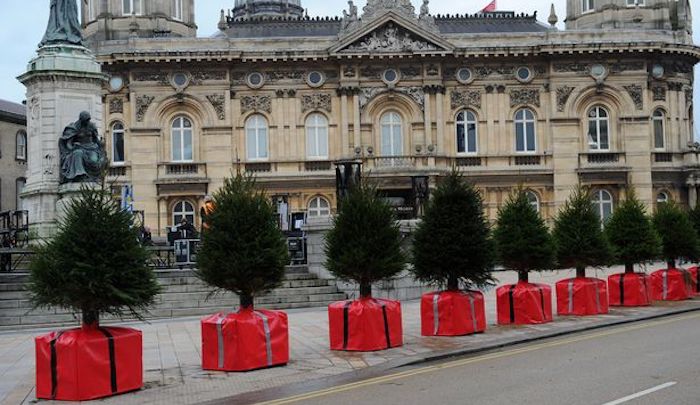 Maybe all these Wrapped gifts and Christmas trees will offend the Muslims? Enjoy your blockaded holidays. Metal detectors and armed guards in all major areas of town, all due to liberal push for open borders.

Now in France they need to catch up on the blocking Muslims in automobiles.  A car with Iraqi and Afghan Muslim migrants reportedly ploughed into police officers in northern France. The car carrying the

migrants sped toward police officers in the northern French city of Calais, with at least one serviceman receiving injuries, the LCI broadcaster reported on Saturday night. “As a result of the hit, an officer received a knee injury, [after which] security forces had to open fire,” local authorities said as quoted by the broadcaster.

A total of nine migrants were reportedly in the car, namely six Iraqis and three Afghan Muslim nationals. They were trying to illegally cross the border with the United Kingdom.

In Dec 2014 A Muslim driver screaming “Allahu Akbar!” (Arabic for “God is great”) deliberately mowed down about a pedestrians in the French city of Dijon.

Terror in France, At Least 73 Dead as Truck Drives Into Crowd

In Case You Missed It:  Study: Over Half of Migrants and Refugees Are on American Taxpayer-Funded Welfare
Posted in Terrorism and tagged Europe, France, Germany, Jihadists, Migrants, Muslims, UK Muslims, United Kingdom.

What the Supreme Court Is Up to This Term

The Supreme Court’s final sitting of 2017 begins this week, and the justices will hear oral arguments in a number...