President Trump must block at all costs, Iran’s nefarious effort to build a land-bridge to the Mediterranean,  and the clear way to do that is by creating an Independent Kurdistan State. 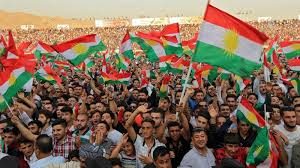 Russia, Iran, Syria and Turkey must not be allowed to carve up the Middle East between them, and this New Axis of Evil must be stopped in its tracks from becoming the dominant players in the region, because if they succeed it will have far reaching consequences for the United States, Europe, Israel and its Gulf State Allies.

The Kurds are our only reliable and loyal partners in this particular region, and we must not let them down or betray their legitimate aspirations for a Kurdish Nationhood, which is their just desserts and rights for autonomy, given that other competing agendas are coming into play for a political solution in Syria, via the Sochi Conference by the World Powers, America, Russia, China, Britain and the EU.

It would be huge political and military mistake to allow Iran and its Shia Proxies to build a Bridge to the Mediterranean.

Iran has been racing against U.S.-backed forces to carve out a land corridor connecting Tehran to the Mediterranean. The route would enable Tehran to hold communication lines and more easily move its forces, including the Iranian Revolutionary Guard, Hezbollah, and other Shia militias in the region.

That’s why Trump must block Iran’s effort to build a land-bridge to the Mediterranean by severing Syrian and Iraqi Kurdistan, as illustrated by the shrinking areas Kurds control on these constantly updated military maps … and recognize the Kurdish plea for human rights protection that has roots that sprouted four millennia ago

That the Kurds deserve their own Independent State is beyond dispute and question. 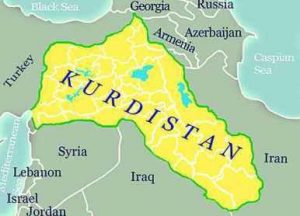 That President Trump should be the person to deliver an Independent Kurdistan State stands unquestioned and without reproach.

Peter Paton is an Independent PR and Strategic Adviser.

In Case You Missed It:  COVID IS JUST THE EXCUSE: Governments to demand constant surveillance of your blood, body fluids and medication compliance
Posted in Freedoms, Tyranny.

Vehicular jihad, one of the wonderful migrant contributions to the West. After numerous incidents throughout Europe and in the United...