A former official with the Federal Bureau of Investigation (FBI) says Americans will have to “adjust” to a new country where terrorism is routine because halting immigration is “not who we are.”

Former Assistant Director for Counterintelligence at the FBI C. Frank Figliuzzi writes in a piece for NBC News that terrorism in the United States is changing quickly to a strategy where terrorism is merely mitigated and contained.

Rather than halting immigration from particularly dangerous and terrorist-sanctioned regions of the world, Figliuzzi says Americans may have to change the way they live, noting how Americans in the car rental business and hotel industry are now subject to “rigorous training” on terrorism-related issues.

But just as officials are adjusting their perspective, it may be time for the public to adjust as well. Terrorism task forces around the nation already have rigorous training and awareness programs for truck rental personnel, hotel staff, and a host of other groups who may find themselves suddenly on the front lines of our war against terror. If we cling to the old view that any successful attack represents a counterterrorism failure, we must also be ready to accept a new way of life. Do we want to view anyone from a different country, with a different set of beliefs, as no longer welcome here?

While Figliuzzi admits that it’s Americans who will have to suffer, he argues that current legal immigration — whereby more than one million foreign nationals enter the U.S. every year — trends must continue, no matter if they might expose Americans to more terrorist threats.

I would argue we do not. Today, the White House is already calling for even more stringent constraints on immigration policy. Taken to its illogical extreme, this approach to counterterrorism will preclude anyone from anywhere from entering the U.S. if any of their fellow nationals has ever committed a terror act. That’s not who we are. 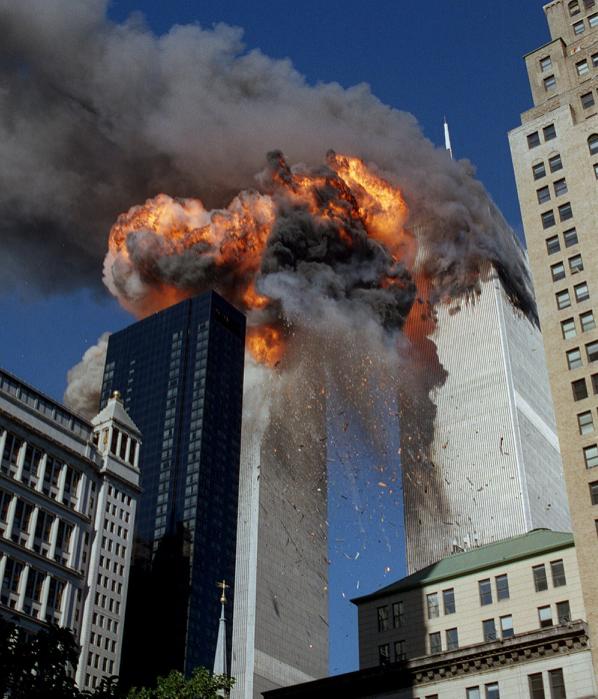 FOUR OF A SERIES OF FOUR PHOTOS—Smoke, flames and debris erupts from one of the World Trade Center towers as a plane strikes it Tuesday, September 11, 2001. The first tower was already burning following a terror attack minutes earlier. Terrorists crashed planes into the two buildings and collapsed both towers. (AP Photo/Chao Soi Cheong) MANDATORY CREDIT

Immigration to the U.S. was most recently tied to terrorism when 29-year-old Sayfullo Saipov allegedly mowed down pedestrians in the Tribeca neighborhood of New York City, killing at least eight individuals. Saipov entered the U.S. in 2010 from Uzbekistan under the Diversity Visa Lottery, Breitbart News reported.

The Diversity Visa Lottery gives out 50,000 visas every year to foreign nationals from a multitude of countries, including those with known terrorist problems – such as Afghanistan, Algeria, Egypt, Iraq, Lebanon, Libya, Nigeria, Saudi Arabia, Somalia, Syria, Trinidad and Tobago, Venezuela, Yemen, and Uzbekistan.

Since 2012, roughly 30 percent of all foreign nationals who have entered the U.S. through the Diversity Visa Lottery program in the last five years came from terrorist-sponsored nations, Breitbart News reported.

In Case You Missed It:  Study: Over Half of Migrants and Refugees Are on American Taxpayer-Funded Welfare
Posted in Terrorism and tagged FBI, Immigration, Migrants, Muslims, Terrorism.

How Curbing Washer Imports Could Send US Jobs Down the Drain

The International Trade Commission recently announced recommendations for the U.S. to impose tariffs of up to 50 percent on washing...