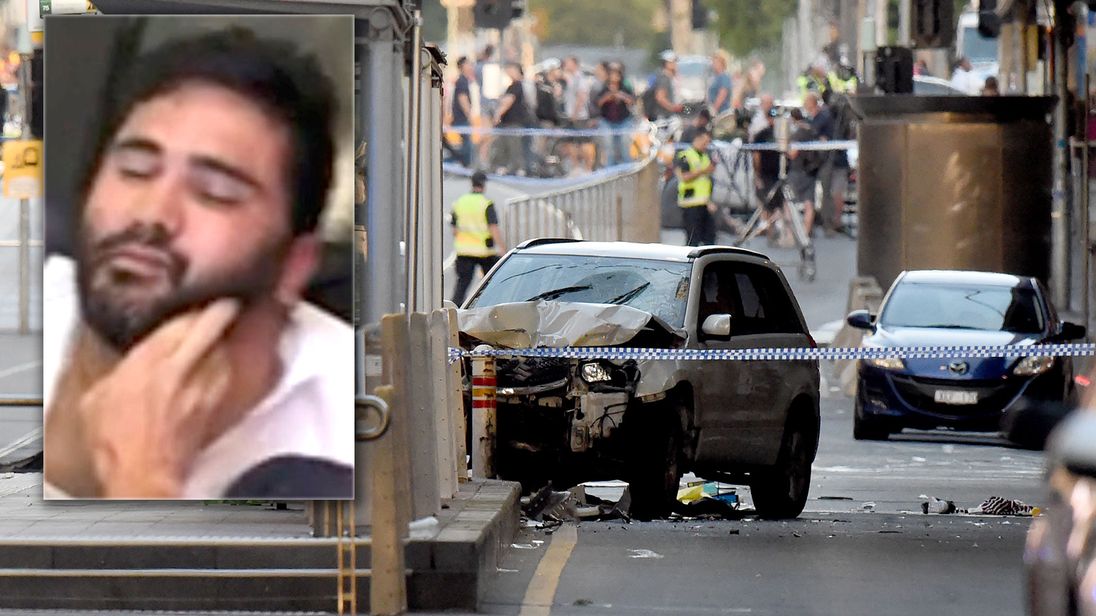 Police took the politically correct route and initially ruled out terrorism as a motive and said the Islamic terrorist was a mentally ill drug addict, despite the fact that a second Muslim terrorist was standing by with a bag full of knives. Now, however, reality is breaking through: “We haven’t ruled out terrorism and we continue to explore it,” said Victoria state’s acting police commissioner, Shane Patton.

“Melbourne attacker complained about injustice to Muslims after arrest,” by Jonathan Pearlman, Telegraph, December 22, 2017 (thanks to Mick):

Police in Australia said a man who drove through pedestrians in Melbourne rambled about injustice towards Muslims and the Australian spy agency after he was arrested – but his motive remains unknown and he is believed to have acted alone.

As Australian prime minister Malcolm Turnbull condemned the “shocking” crime, more details emerged about the driver, Saeed Noori, a 32-year-old Australian citizen who arrived as a refugee from Afghanistan in 2004. Noori had a history of drug use and mental health problems.

“We haven’t ruled out terrorism and we continue to explore it,” said Victoria state’s acting police commissioner, Shane Patton.

“It’s about not jumping to conclusions. It’s about exploring the evidence and the evidence will ultimately take it where it does and if that means it’s a terrorist event, so be it.”

He added that the driver talked about “the mistreatment of Muslims”.

Mr Turnbull said: “He [the driver] has said in a number of what the police are describing as ‘utterings’, he has said that he attributes his actions to perceived mistreatment of Muslims.”

Police searched Noori’s suburban Melbourne home, where he lived with a relative, and a second home. No material indicated any motivation.

Noori was captured on Thursday after he drove a white SUV into a crowd of pedestrians at 4.41pm at one of Melbourne’s busiest pedestrian crossings outside Flinders Street station, one of the city’s main transport hubs….

Police said Noori had a criminal history involving offences of unlicensed driving, using a mobile phone while driving and failing to answer bail. But he was not wanted at the time of the incident.

“The reality is, he wasn’t on our radar,” Mr Patton said. “We weren’t suspecting he’d be doing anything like this at all … a horrific attack in the middle of the city.”…

The incident prompted authorities to place bollards around the city but they proved little help in preventing Thursday’s crime, which occurred at a pedestrian crossing.

By Theodore Shoebat Donald Trump wants to start drilling for oil in Alaska, which will make America no longer dependent...