It wasn’t the Russians who stole the 2016 election, but Barack Obama and his handpicked 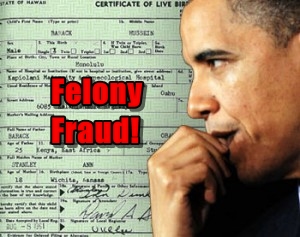 Barely noticeable down there at the foggy bottom of the shocking FISA memo, the unabashed admission of British spy Christopher Steele that he “HATED” Donald Trump and didn’t want to see him elected as president.

We don’t know why the discredited Steele hates Trump, he just does.

Trump, after all was running as president of the USA, not as the prime minister of Britain and would have little impact on the hate-for-the-sake-of-hate crowd anywhere offshore.

Why would the FBI hire someone who was coming on as the 21st Century Resurrection of King George III to do in Candidate Trump with a dirty dossier?

Immediately after his hiring, hotshot Steele went on to rain golden showers all over America’s premier intelligence agency in a tropical rain torrent that continues to the present day.

Worthy of note is that the first move of ‘The Spy Who Hated Trump’ was to cut and run after word drifted out that he had turned over the filthy-claim studded dossier, too embarrassing to be read in mixed company, to an eagerly waiting, all-knowing FBI.

The big-talking jelly-spined Steele dropped off his three cats to a neighbor before diving for cover—but incredibly was rehired by Jim Comey when he chose to come back up for air!

“Too politically biased to succeed at the job of national security, the FBI has much in common with Christopher Steele in trying to pass off as truth bogus information.” (Canada Free Press, March 7, 2017).

“The (FISA) memo notes that Steele hated Donald Trump and wanted to make sure he was not elected President of the United States. This bias and his ties to the Democratic Party should have disqualified his dossier from being used for any FISA warrants. (Jeff Crouere, Feb. 3, 2018.)

“Incredibly, the FBI did not disclose the partisan connections to the dossier in the application to the FISA court. Thus, using a discredited dossier, the FBI was able to obtain four FISA warrants to spy on Trump campaign volunteer Carter Page.

“The FBI also used an article about the dossier in Yahoo News in their application to the FISA court; however, the story was “circular” and only based on briefings given by Steele to reporter Michael Isikoff. There was no independent media confirmation of any of the material in the dossier. In fact, Steele was later fired as a FBI source for giving another unauthorized interview to reporter David Corn of Mother Jones magazine. The memo notes that “Steele should have been terminated for his previous undisclosed contacts with Yahoo and other news outlets.”

“Amazingly, a tainted document that had never been verified was used to spy on a Trump campaign adviser. The Obama administration renewed the FISA warrant after the election and continued to spy on Page, even though he was no longer officially involved in the Trump campaign.

“It should take much more than opposition research to receive approval to spy on a political opponent. It seems clear that Special Counsel Mueller is investigating the wrong administration. There should be a complete investigation into the activities of the Obama administration Justice Department.”

One day after the release of the Memo, we should all be asking, “Where is Obama?”

Why is he so stonily silent in the aftermath of the Memo release?

The answer is that the scurrilous Obama, just like Steele,  went into hiding.  The anti-American digital Spy King should be dragged out into the sunlight—pronto.

The Memo proves that the FBI is not just part of a USA intelligence apparatus that systematically spies on its own American citizenry, it paid—and paid handsomely with taxpayer dollars—for filth completely made up by a foreign agent with whom they were in tight ‘Hate Donald Trump’  league.

“The Bureau has been caught planning to pay ex-MI6 agent Christopher Steele, who salaciously claimed in a dirty dossier that Donald Trump hired prostitutes to urinate on a bed the Obamas slept on at a Moscow Ritz-Carlton— to do further research for the Bureau. (Canada Free Press)

It just had to be “a bed the Obamas slept on”, right?

Why was Steele, so “terrified” for his and his family’s life, that he fled his £1.5 million Surrey mansion on Jan. 11, 2017 leaving his three cats with his neighbors,  before suddenly resurfacing when he went back to work at the Orbis intelligence firm he founded after leaving MI6,  according to the Daily Mail.

Nobody suddenly flees their own home unless their life is in imminent danger.

Steele’s life was in danger not because he wrote the dirty dossier—but because Hillary Clinton and the Democrat National Committee paid him to do it and the FBI played along.

The need to keep Steele silent is critical to their survival.

That the FBI, planned to pay Steele for the same dossier that caused him to go incognito, and also had plans to rehire him, is proof positive how corrupt the leadership of the FBI has become.

The common-sense reasons why Steele returned from incognito are truly monstrous in concept:

Steele’s sponsors managed to lure him back with promises that he wouldn’t be offed—all because they brazenly believed they’d never be caught.

But the truth is finally out there:

It wasn’t the Russians who stole the 2016 election,  but Barack Obama and his handpicked replacement Hillary Clinton who tried, but (thank God) so abysmally failed.

In Case You Missed It:  More than 100 young people hospitalized for vaccine-related heart problems in Ontario
Posted in Freedoms and tagged Crime, Obama.

Must-See Moments: The Memo Is Out

The Daily Signal’s Facebook show “Top 10” features the top news stories of the week— many of which went misreported...