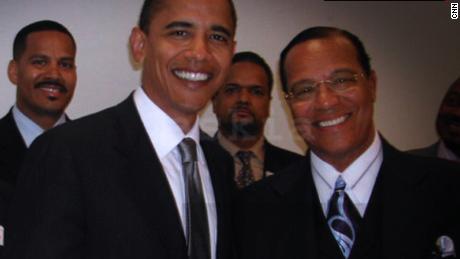 Since his departure from the White House the Establishment Media has been heralding Barack Obama’s “scandal free” presidency. It’s an absurd declaration of course given the rampant waste, fraud, and abuse that ran amok for all of the eight Obama years that included pay for play schemes, the use of the IRS as a political weapon, Benghazi, the creation of ISIS, and many-many more.

And now comes the Nunes memo which reveals some of what was a widespread and stunningly abusive overreach of federal surveillance by the Obama administration.

Via The City Journal:

Landmines left behind by the Obama administration and the Clinton campaign might soon start detonating—on Democrats.

The publication by the House Intelligence Committee, under the leadership of chairman Devin Nunes, of a four-page summary memo regarding FBI surveillance of a Trump campaign advisor in 2016 is the long-awaited opening act of an extended drama about the Obama administration’s abuse of power—which, when all is revealed, might yet outdo that of the Nixon administration.

Obama concealed his sharp-edged, Chicago-style machine politics under the rhetorical cover of progressivism. He was protected by a press corps that first enlisted in his administration and then fought to stop Donald Trump. But now that Obama is out of office, his ability to intimidate is much diminished. This past week, a 2005 picture of a beaming Obama next to a bright-eyed Louis Farrakhan surfaced, after having been held back for more than a decade at the behest of a member of the Congressional Black Caucus. Senator Robert Menendez of New Jersey, who had been tried for corruption by Obama’s Justice Department after he refused to toe the party line about the “peace-loving” mullahs of Iran, has now seen the charges against him dropped. Z Street, a hawkish nonprofit supporter of Benjamin Netanyahu’s government in Israel, had been tied up with IRS matters since 2009; it has just been released from its legal chains. Democrats are holding to the line that the prophet of hope and change ran a pure administration, virtually free of scandal. But the memo is probably just the beginning; we’re likely to see many more revelations come out.

Obama isn’t directly mentioned in the memo. But he’s nonetheless implicated through his appointees’ apparent efforts to clear Hillary Clinton in her State Department email scandal while undermining her opponent, Trump, through the veneer of legality provided by FISA (the Foreign Intelligence Security Act) warrants, justified solely by the so-called Steele Dossier. The dossier was paid for by Clinton’s campaign and the Democratic National Committee; it was created by former MI6 agent Christopher Steele, who despised Trump, and the “research” firm Fusion GPS. The FISA Court, supervised by Supreme Court Chief Justice John Roberts, was never told about the unverified dossier’s origins.

As for matters of Russian collusion: Fusion GPS was tied to Vladimir Putin’s associates in the Kremlin, who wanted to undermine the Magnitsky Act, a U.S. law that sanctions Russian officials believed to be connected with the murder of anti-Kremlin lawyer Sergei Magnitsky. The “journalists” at CNN made much of Donald Trump Jr.’s 20-minute meeting with Russian lawyer Natalia Veselnitskaya at Trump Tower in 2016, while ignoring her meeting, before and after that one, with Fusion’s cofounder, former Wall Street Journal reporter Glen Simpson, who was working to overturn the Magnitsky Act. Simpson slimed Hermitage Capital’s Willian Browder, who had helped pass the Magnitsky legislation and authored the important book Red Notice.

Wonder of wonders, the liberal press, long opposed to prior restraint when it comes to publishing material on American intelligence, is howling about the release of the Intelligence Committee memo. They’re suddenly concerned, we’re supposed to believe, about damage to national security and the institutional well-being of the FBI. Democrats and their media allies, notes Roger Simon, have pushed themselves into a corner. They can’t decide whether the best approach is to insist that the memo is a “nothing-burger” or a mortal danger to the country.

So far, not one Democrat has broken ranks. They will surely find procedural problems with the House memo. They will continue to wage their fight, a la Hollywood congressman Adam Schiff, on behalf of “the resistance.” But a resistance is not an opposition. The numerous landmines Obama and Clinton left behind them, intending to waylay the initially awkward Trump administration, are starting to detonate—on Democrats.

The vulgar Trump isn’t constrained by convention. He won’t go soft on politicians who saw no problem in issuing FISA warrants in the midst of a presidential campaign and then keeping them operational into his first term in office. As the information comes out, the Democrats’ FISA subterfuge will be seen by much of the country as a soft coup attempt. There’s no other way to put it.

In Case You Missed It:  “We Will Not Comply!” – Thousands March Against Covid Vaccine Mandates in NYC (VIDEO)
Posted in Tyranny and tagged Obama, Obamagate.

‘Not a Short Story’: Russia’s Invasion of Crimea Spurred This Young Man to Leave His Homeland in Search of Freedom

KYIV, Ukraine— When the Russian soldiers first showed up in Crimea in February 2014, the young man felt like he...