A plane operated by Russia’s Saratov Airlines crashed near Moscow on Sunday, killing all 71 people on board, news agencies said.

There were 65 passengers and six crew members onboard the plane which went missing from radars less than 10 minutes after taking off from Moscow’s Domodedovo airport, TASS reported.

The plane – a short-haul regional Antonov AN-148 – was bound for the Russian city of Orsk in the Orenburg region that borders Kazakhstan.

Russian state TV channel Rossiya-24 showed footage of fragments of the plane in a snow-covered field.

The crash might have been caused by weather conditions, human error or technical failure, according to TASS citing an emergency source. The source added that there were no extreme weather conditions in the Moscow region at that time.

The Federal Air Transport Agency (Rosaviatsiya) said air traffic control had lost radio contact with the ill-fated plane “a few minutes” after take-off, and it disappeared from radar screens while flying over the Ramenskoe district of the Moscow region, TASS reported.

Interfax reported that the An-148 was manufactured less than eight years ago. It was first operated by Rossiya Airlines, including on international routes, and then was leased to Saratov Airlines.

A video showing the alleged crash site of a Saratov Airlines plane near Moscow has emerged online. The footage shows wreckage scattered in the snow.

According to flight radar 24 it reached 6400 feet and then something happened………..it was climbing when the incident happened. It is unknown if this was weather related or due to Islamic terror, investigators are looking into all possibilities. 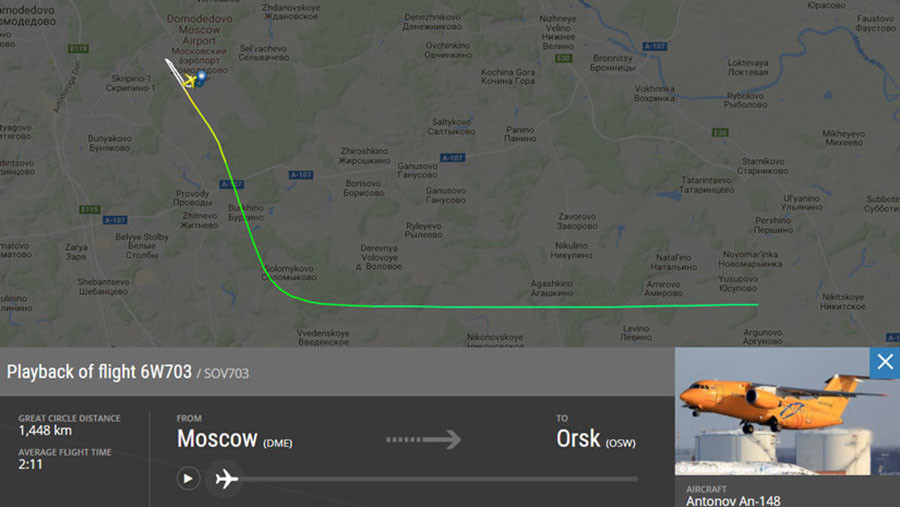 In Case You Missed It:  If You Are Vaccinated and You Fear the Un-Vaccinated, You Might Be a Moron
Posted in Freedoms and tagged Airport, Jetliner, Russia.

Campus Free Speech Zones Are on the Way Out, and That’s Good News

Inside Higher Ed last week ran an obituary for an idea that was doomed from the start: free speech zones on...