It’s interesting that every Halloween we have to hear from rabid race purists about how our toddlers will offend the sensibilities of minorities if they wear culturally insensitive costumes. These same people adore Canadian Prime Minister Justin Trudeau and fawn over his every move. #TrudeauInIndia is trending on Twitter, showing the Trudeaus in crazy get-ups they think are an Indian custom, which apparently they are not. I don’t know, I’m not Indian, but neither is he. Is anyone concerned about the “cultural appropriation” he appears to be engaging in? If my kid can’t be Pocahontas without some pink-haired harridan pointing and screaming, why does he get to be Gandhi? I demand equality of outrage. 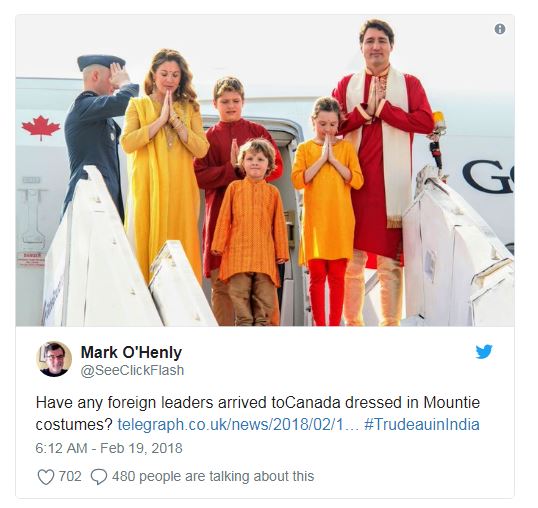 So far, the criticism has all been more lighthearted that I would expect for such an egregious sin against indigenous brown people. Imagine what SJW mobs would do to Ivanka Trump if she showed up in Japan in kabuki makeup. (Can you picture the shaking and screeching on CNN?) 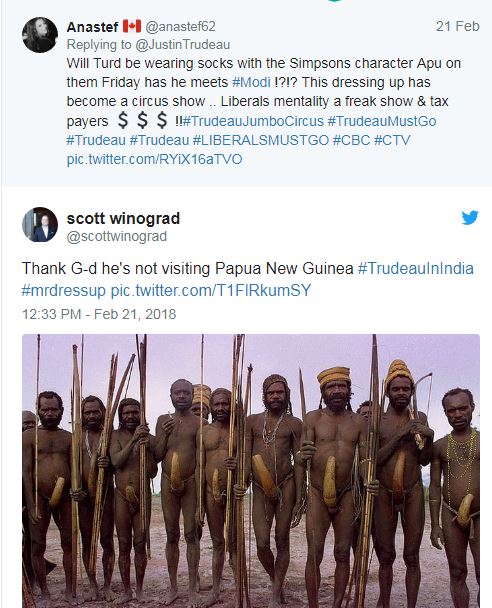 I'm Indian and even *I* don't have so many kurtas. ????#cdnpoli #TrudeauInIndia pic.twitter.com/Ceq5bacSI6

"Stop with the prayer hands. It just looks like you're out of ideas" #TrudeauInIndia pic.twitter.com/ay29ufaObY

The foreign press has discovered what we have known for some time in Canada. Justin Trudeau is a narcissistic man-child with very little of substance to say and even less to offer.#Cdnpoli #CaptainCrayon #Trudeau #Indiapoli #TrudeauInIndia https://t.co/l70oL0H2BF

Consider the difference in tone over a Disney costume.

The Maui Halloween costume Disney created (and subsequently removed from stores) also raised eyebrows. The costume included a shark necklace, hula skirt, and, worst of all,  skin. That’s right: This costume came fully equipped with brown skin covered in Maui’s signature tribal tattoos. The description of the costume described the skin as “padded arms and legs for a mighty stature.”

Shortly after the costume was released, outrage on social media ensued. Polynesians were understandably disappointed that Disney was literally selling their skin color as part of a costume.

Then there was that viral video of a black woman assaulting a white man for having dreadlocks and journalists defended her.

Secondly, if you wear dreadlocks because it “looks cool” then you’re still perpetuating white privilege and you’ve chosen to be ignorant of the significant contemporary history. Finally, if you wear them because you think it symbolises a humanist ideal, then you’ve attached the wrong political meaning to them and instead you’re damaging the anti-oppression movement for which they truly symbolise.

Someone is certainly ignorant, but I don’t think it’s the guy with the dreads.

But Justin Trudeau, the prime minister of Canada, can go to India dressed like a walking stereotype, mugging and posing in weird yoga poses — and the world just giggles? Where are the calls for his resignation for insulting everyone in India? Oh right… they’re waiting for a Republican to do it.

Imagine Trudeau runs into this young lady in the video wearing Dreads to the black community. 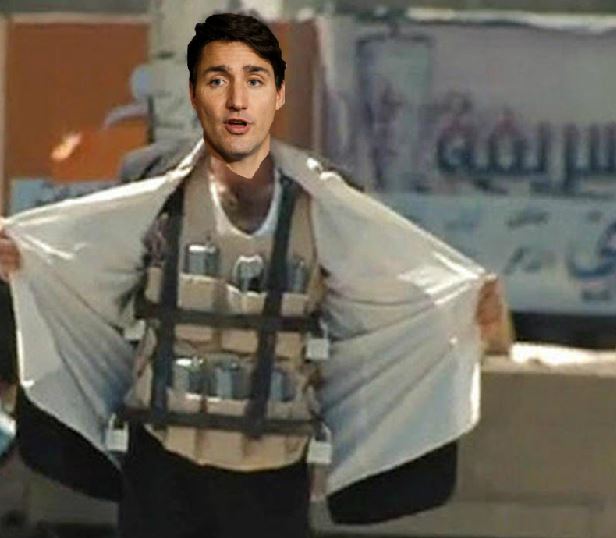 By Lee Cary Did Brit spooks, working from this building in London, help Christopher Steele assemble his dossier on Donald Trump?...