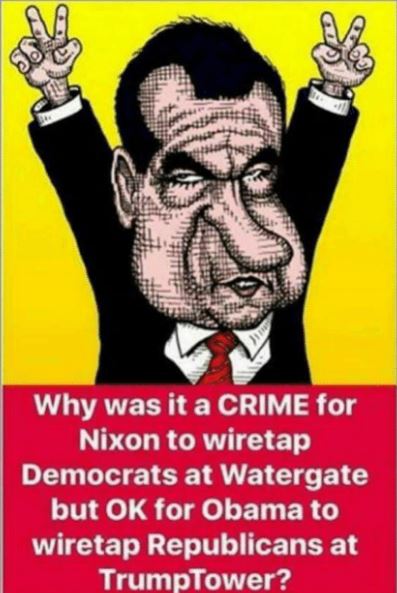 It’s 10 pages long so it would be impossible to excerpt it in any meaningful way. Knock yourself out if you want to read the whole thing.

I did. Here are the primary takeaways for me:

1. Schiff makes a big issue of the fact that the FBI had already been investigating Carter Page for seven weeks before it got ahold of the Steele dossier on October 16. His point is that the investigation of Page was already established before the Steele dossier showed up, and is thus not dependent on the dossier for its legitimacy.

It’s a very clever argument that attempts to change the subject and distract you from the key point. The problem is not the legitimacy of the investigation itself. The problem is very specific, and it’s the use of the dossier in the FISA warrant application to justify a wiretap of Page. The result of that is a Democrat administration wiretapping someone connected to the Republican nominee’s presidential campaign. If that was done via the misuse of federal law enforcement, that is a very serious matter.

2. Schiff insists that the Steele dossier was not central to the FISA application, and played only a peripheral role. There’s no way to know if that’s true without seeing the entire FISA application. Both Devin Nunes and Trey Gowdy, who have seen the application, say the Steele dossier was central. We’re arguing over the importance of one element of something we haven’t seen, so for the most part people will believe whoever their partisan leanings incline them to believe. If you take Adam Schiff’s word on anything, good luck with your life.

3. Schiff insists that the reference to Michael Isikoff’s Yahoo News article was not for the purpose of corroboration, but for the purpose of being straight with the FISA judges about Steele blabbing to the media in defiance of the FBI. That goes against every other description we’ve heard of how and why the FBI referenced this article in the FISA application. Schiff offers no specific wording to back up his claim.

4. Schiff talks a lot about George Papadopoulos, the fringe Trump campaign figure who supposedly told someone in New Zealand that the Russians had dirt on Hillary and were prepared to use it to help Trump. Papadopoulos became the left’s favorite person to talk about after the Nunes memo because they hoped the angle involving him would serve to justify the larger Mueller investigation. Again, that misses the point. The Mueller investigation can be legitimate, but that still doesn’t justify the use of a phony, unverified, politically funded dossier to justify a Democrat administration wiretapping a figure connected to the Republican campaign.

5. Schiff makes a lot of the fact that Page was no longer connected to the Trump campaign when he was wiretapped. That’s true but it’s not as important as Schiff wants it to be. Just because Page didn’t have a job with the Trump campaign doesn’t mean he couldn’t have been talking to, or talking about, people who did. And even if he didn’t, it’s not that far-fetched to think the Obama Justice Department thought he might have, and that wiretapping him might produce some information that would be politically useful.

Devin Nunes gave his own response on Saturday. He’s seen all the documents, so I’ll let him make the case rather than trying to make it any further myself:

By Matthew Vadum -- Front Page Mag The Democrats’ deeply dishonest rebuttal to the congressional report on the Obama administration’s abuses of surveillance...