“@HowieCarrShow just wrote a book which everyone is talking about. He was a great help. He is a veteran journalist who had a great influence in NH and beyond. He calls it the most amazing political campaign of modern times. The book is called, “What Really Happened.” Enjoy! #MAGA”

In her “60 Minutes” interview with Anderson Cooper, Daniels said she had sex with Donald Trump only once, in July 2006.

Anderson Cooper asked her why she’s going public, even though she reportedly signed a non-disclosure agreement and accepted $130,000 from Trump’s attorney to keep quiet.

Daniels said she doesn’t want to be known as a “liar.”

Although she put herself in the limelight by going public with her alleged one-night-stand, Daniels said it’s “very important” for her to “defend myself.”

Cooper asked her why she needs to set the record straight:

“Because people are just saying whatever they wanted to say about me,” she responded. “I was perfectly fine saying nothing at all, but I’m not okay with being made out to be a liar, or people thinking that I did this for money and people are like, ‘Oh, you’re an opportunist. You’re taking advantage of this.’ Yes, I’m getting more job offers now, but tell me one person who would turn down a job offer making more than they’ve been making, doing the same thing that they’ve always done?” 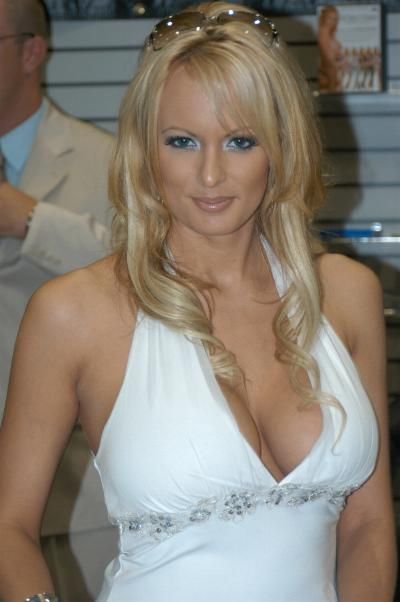 On three occasions, Daniels publicly denied having an affair with Trump.

But when Trump won the Republican nomination for president, “Suddenly people are reaching out to me again, offering me money. Large amounts of money,” she said.

Daniels said her lawyer called her and told her, “I think I have the best deal for you.”

Daniels said she could have made a lot more money by going public — as she recently has done — but “I didn’t want to kiss and tell and be labeled all the things that I’m being labeled now. I didn’t want to take away from the legitimate and legal, I’d like to point out, career that I’ve worked very hard to establish. And most importantly, I did not want my family and my child exposed to all the things that she’s being exposed to right now.

“Because everything that I was afraid of coming out has come out anyway, and guess what? I don’t have a million dollars. You didn’t even buy me breakfast,” she told Anderson Cooper.

At age 39, Stormy Daniels is an aging adult film actress.

Anderson Cooper also interviewed Daniels’ attorney, Michael Avenatti, asking him why people should believe Daniels when she denied having an affair with Trump, first in 2011 then twice in January 2018:

“I think there’s no question that it calls into question her credibility,” Avenatti said. “I also think that there’s no question that when the American people take all of the facts and evidence into consideration, that they are going to conclude that this woman is telling the truth. And Anderson, to the extent that Mr. Cohen and the president have an alternative version of the facts, let them come forward and state it unequivocally.”

Trump has so far resisted all of Avenatti’s efforts to goad him into commenting.

Daniels said she “felt intimidated” into signing statements denying the affair, but in the end, “I was not comfortable lying.”

Cooper mentioned the “financial upside” for Daniels — such as writing a book, going on a bigger tour, and making more money at strip clubs:

“That’s a lot of ‘if’s,” Daniels said. “I could also get shunned. I mean, I could automatically be alienating half of my fanbase right at this very moment.”

In Case You Missed It:  Montana Bans Transgender from Changing their Birth Certificates Even After Surgery
Posted in Freedoms and tagged CNSNews, Freedom, President Donald J Trump, Sex.

What John Bolton Brings to the Job of National Security Adviser

John Bolton, who has a history of advocating muscular foreign policy, will guide the White House as the new national...