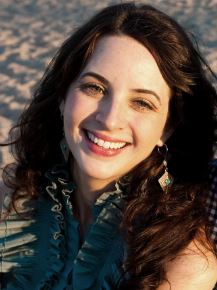 Kristens skin tone is too light for the leftist.

(Conservativepapers)  As South Africans whites are driven from their farms, murdered and raped on the streets in the current genocide of Whites in South Africa from Black supremacist. The USA has it own growing problem with racist in it early stages. Mostly non-violent today, anti-White racism sediment from the left is on the rise. On such story is racist leftist upset at a Museum Curators skin tone. Appears her skin  lacks too much melanin, and that upset the leftist bigots.

The oxymoron, leftist rail against ‘racism’ yet erupt with outrage over the color of an eminently qualified woman’s skin tone. Looking at her resume, its evident they employed the most qualified person for the job.

The Racist are upset a well qualified curator with PhD in African art history from Princeton University and as a prior educator for the Metropolitan Museum of Art being hired for the job, it appears from these racist leftist her skin tone for some reason or another disqualifies her.  The open racism from the left again and again is concerning.

If a black person had been elected by a museum as curator for Medieval European art collection, it would be entirely racist and evil if people said a white person should have the position. But reverse racism is okay to the leftist.

According to the Left, if a museum elects a white male and white woman as curators for a museum’s African art collection, only black people should be admitted to the position, because somehow that’s not racist.

According to the Huffington Post, the Brooklyn Museum announced on Monday that it had appointed two white curators to head their African art collections: Drew Sawyer for photography, and Kristen Windmuller-Luna. SJWs have been going crazy on Twitter, derogatorily referring to the two individuals as “cultural colonizers.”

Seriously, @brooklynmuseum? There goes the neighborhood for good. https://t.co/Ssdt4FUofI

Were the majority of African Americans privy to this.job opening? I'm not questioning their credentials I'm questioning @brooklynmuseum process in making their choice.

Strangely enough, some people say the whole scenario reminds them of the scene in “Black Panther,” when the villain Erik Killmonger looks upon an African artifact at a museum and accuses a white female curator of stealing it from Africa. In the movie, Killmonger goes on to murder the white woman and then steals the artifact — a revanchist attitude that the movie condemns.

I feel like I’m in a scene from #BlackPanther. This is new Brooklyn. https://t.co/2K2xflrciv

When announcing Windmuller-Luna’s hire, the Brooklyn Museum said she was selected because of her expertise in African art. In fact, biographies of her published by universities and museums say she received her “Ph.D. in African Art History from Princeton University, worked as an African Arts research specialist at Princeton’s art museum, and is a lecturer at Columbia University.”

“Kristen is the perfect choice to build upon the Brooklyn Museum’s track record as an innovator in the collection and exhibition of the arts of Africa,” Jennifer Chi, the museum’s chief curator, said in the release, adding that she has a “vision for a new permanent collection installation that transforms how viewers relate to the arts of Africa” for the museum’s exhibit of African art in 1923.

The open racism toward white people is frightening, the left cannot get past skin tone, much like Nazi Germany could not get past their Jewishness.  It is predicted in 2050 Whites will be a minority in the United States and with this outright racism its a frightening future for whites, South Africa today could be the USA tomorrow.

In Case You Missed It:  Old Senile Joe Biden Hasn’t Held a Cabinet Meeting or a Press Conference Since July – Too Exhausted?
Posted in Tyranny and tagged faci, Leftists, Racism.

We Hear You: Millennials, Jobs, Free Speech, and the Opioid Crisis

Editor’s note: In more than one way, Easter is about new beginnings. So this week’s edition kicks off with your...