Following another alleged chemical weapons attack in Syria, U.S. government officials are continuing to ramp up their rhetoric against the Assad regime. 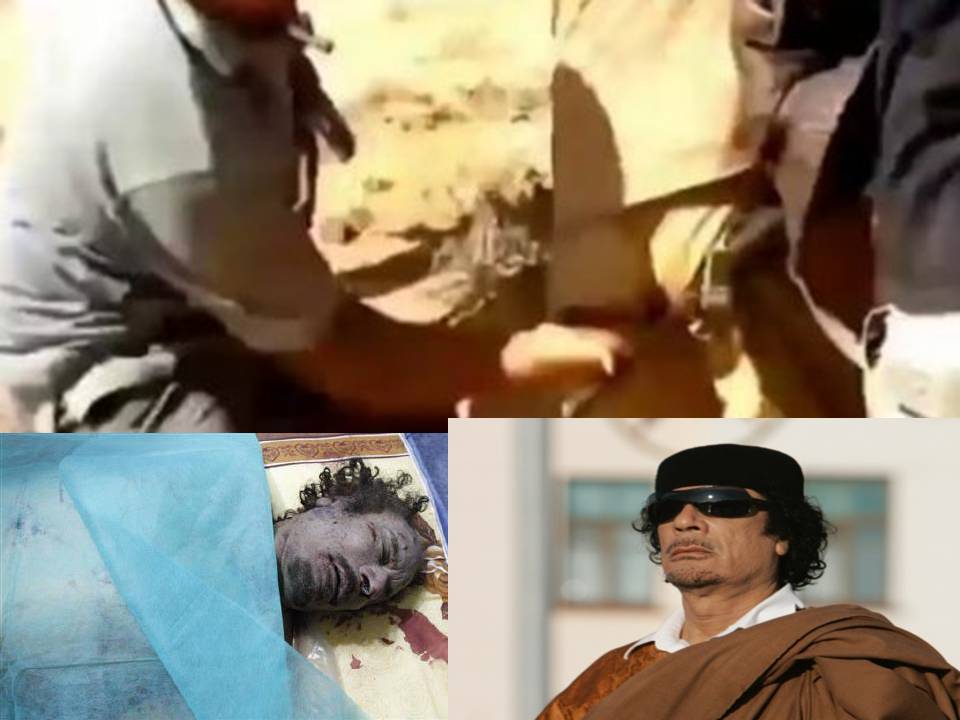 Though President Trump campaigned on a platform of scaling back America’s penchant for nation-building — and previously scolded President Obama for attempting to intervene in Syria — his administration continues to insinuate it is open to military action and has previously indicated its belief that Assad’s removal from power is inevitable.

Amid a chemical weapons attack one year ago that lacked sufficient evidence to be definitively ascribed to Assad, U.S. Ambassador to the United Nations Nikki Haley indicated the ultimate goal in Syria was to see Assad unseated from power, asserting there would be no political solution for the country if he remained in power.

John Bolton, Trump’s new national security adviser and a notorious war hawk and neoconservative, wrote in the New York Times in 2015 that the goal was to change the government in at least one region of Syria.

Back when Barack Obama moved to attack Libya in 2011, he echoed concerns similar highlighting Gaddafi’s tyranny and his response to western criticism:

“In the face of the world’s condemnation, Gaddafi chose to escalate his attacks, launching a military campaign against the Libyan people. Innocent people were targeted for killing. Hospitals and ambulances were attacked. Journalists were arrested, sexually assaulted, and killed. Supplies of food and fuel were choked off. The water for hundreds of thousands of people in Misratah was shut off. Cities and towns were shelled, mosques destroyed, and apartment buildings reduced to rubble. Military jets and helicopter gunships were unleashed upon people who had no means to defend themselves against assault from the air.” –Barack Obama

Fear not, Obama warned — the west was already on its way to the rescue:

“Confronted by this brutal repression and a looming humanitarian crisis, I ordered warships into the Mediterranean. European allies declared their willingness to commit resources to stop the killing. The Libyan opposition, and the Arab League, appealed to the world to save lives in Libya. At my direction, America led an effort with our allies at the United Nations Security Council to pass an historic Resolution that authorized a No Fly Zone to stop the regime’s attacks from the air, and further authorized all necessary measures to protect the Libyan people.”

Later that year, Gaddafi was brutally ousted from power in a NATO-led operation, and the country fell further into chaos. Today, an upcoming election will see Gaddafi’s son vie for power against an authoritarian military general and former CIA asset who has already suggested he may simply choose to take over. Libya is engulfed in a power vacuum where terrorists have thrived — the U.S. recently renewed bombings against al-Qaeda there — and a human slave trade has drawn international attention.

In the case of Libya, Gaddafi had few allies (the U.S. abandoned its previous support for him). In Syria, Assad enjoys the support of Russia, Iran, and China — and these countries are refusing to back down to Trump’s bellicose threats.

As Assad continues to defeat ISIS, there is no doubt destabilizing the country through military action, as has long been a U.S. goal (as it was with Libya), will yield dire consequences and even more severe chaos. Assuming the U.S. end goal is not regime change and is simply to deter Assad (and assuming he did, in fact, perpetrate the chemical weapons attack), military strikes are clearly not a deterrent as Trump’s April 2017 strike failed to stop the alleged atrocities.

Regardless of whether Assad is a benevolent leader — and regardless of what he may or may not have done to his own people – the United States’ track record of intervening in Middle Eastern nations for ‘humanitarian’ reasons is abysmal at best, and claims from establishment leaders that they care about civilian life have proven historically hollow and hypocritical.

In Case You Missed It:  Study may explain left-wing lunacy in big cities: Rise in air pollution leads to severe mental illness
Posted in Freedoms, Terrorism and tagged Syria.