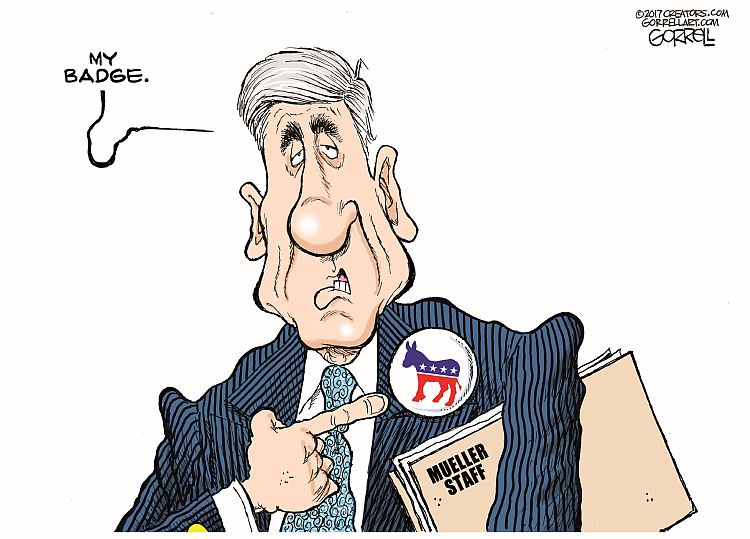 “I don’t see what relationship this indictment has with anything the special counsel is authorized to investigate,” U.S. District Judge T.S. Ellis in the Eastern District of Virginia said.

At tense hearing at the federal courthouse in Alexandria, Virginia, the judge said Mueller should not have “unfettered power” in his Russia probe and that the charges against Manafort did not arise from the investigation into Moscow’s alleged meddling in the 2016 U.S. election.

“It’s unlikely you’re going to persuade me the special counsel has unfettered power to do whatever he wants,” said Ellis, who was appointed to the bench by Republican President Ronald Reagan.

Manafort is facing charges in both Virginia and Washington. The Virginia case charges him with offenses including tax and bank fraud.

The other case in Washington accuses him of conspiring to launder money and failing to register as a foreign agent when he lobbied for the pro-Russia Ukrainian government.

None of the charges relate, however, to Trump’s 2016 presidential campaign or possible collusion with Russia. Trump has denied any collusion.

Manafort’s attorney Kevin Downing has argued that the charges must dismissed because the FBI investigation dates back to 2014, and therefore did not arise from Mueller’s probe.

The bulk of Friday’s questions by the judge were aimed squarely at Michael Dreeben, the deputy solicitor general who is currently working in Mueller’s office.

While Dreeben conceded that Mueller had inherited the probe into Manafort after his May 2017 appointment by Deputy Attorney General Rod Rosenstein, he insisted the office is on solid legal ground and has the power to proceed with prosecuting the case.

“Our investigative scope does cover the activity” in the indictment,” Dreeben told the judge.

Friday marked the third time now that Manafort has tried to get the charges against him dropped.

He is also seeking to get the Washington-based criminal charges against him dismissed on similar legal grounds that were presented to the Virginia judge on Friday.

The federal judge in Washington, Amy Berman Jackson, has not yet ruled on the request to dismiss that indictment.

Friday, however, marked the first time that Manafort’s arguments about the scope of Mueller’s powers appeared to have gained some traction.

He also asked whether Rosenstein, who oversees the probe and is considered an important witness into whether Trump tried to obstruct justice, is recused from the case.

And he repeatedly claimed that the indictment appeared to serve as a way for Mueller to “assert leverage” over Manafort.

Ellis did not issue a ruling on Manafort’s motion to dismiss the indictment Friday.

But he asked why a run-of-the-mill bank fraud case with no “reference to any Russian individual or Russian bank” could not be handed over to the U.S. Attorney’s Office in the Eastern District of Virginia.

As an example, he pointed to the FBI’s probe into Trump’s personal lawyer Michael Cohen, and mused that the special counsel had turned that matter over to prosecutors in Manhattan.

Dreeben declined to discuss the Cohen case, but said that Mueller’s probe into Manafort was authorized by Rosenstein.

Rosenstein’s May 2017 order laying out the scope of the probe, he told the judge, did not reveal all the details because they involve sensitive national security and counterintelligence matters that could not be divulged publicly, but were conveyed to Mueller.

Ellis balked, saying Dreeben’s answer essentially means the Justice Department was “not really telling the truth” about the probe and invites someone to respond by saying, “Come on, man!”

Ellis complained that the bulk of that August memo he has received was highly redacted.

He directed Mueller’s office to take two weeks to consult with U.S. intelligence agencies to see if they will sign off so that he can personally review a sealed, unredacted version of the memo.

Dreeben told him the redacted portions did not pertain to the Manafort case.

In Case You Missed It:  COERCION BY PROXY: After rushed FDA "full approval" of the covid vax, Biden calls for corporations across America to MANDATE covid vaccines for all employees
Posted in Freedoms and tagged Democrats.

The FBI Shouldn’t Be Above the Law Either

These days, a number of people seem to be under the impression that investigating President Donald Trump is the most...