From inside Gaza, the reality of the so called “peaceful demonstrations”. Watch Hamas hate speeches. See how they build their propaganda at the expense of brainwashed, deceived and manipulated unfortunate people. 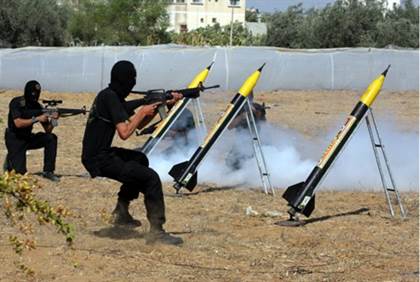 Since when has “Demonstrators” and peaceful protesters carried hand grenades, pipe bombs, cleavers and guns? The peaceful protesters had ten explosive devices were peacefully detonated. There were outbursts of peaceful gunfire and over a dozen kites carrying firebombs were sent into Israel where they started 23 peaceful fires.

The peaceful protesters has a leader that spoke, this is what Hamas Prime Minister Yahya Sinwar had peacefully vowed. : “We will tear down the border,”  “And we will tear out their hearts from their bodies.”

The “Protesters”  chanted, “Allahu Akbar” and the genocidal racist threat of, “Khaybar Khaybar, ya yahud,” a reference to the primal Islamic massacre of the Jews. While IDF soldiers held back the invaders, the jets of the IAF targeted the snake’s head striking Hamas compounds and outposts. By 5.30 PM, the Hamas organizers changed course and began urging the thugs away from further fence attacks.

Hamas had offered $100 to every Palestinian rioter. During previous violent assaults back in April, the Muslim Brotherhood terrorist group had been offering $200 to anyone shot by Israelis, $500 for severe injuries and $3,000 to the dead.  Hamas can write all those checks to its aspiring killers because the cash is coming from Iran, via the planeload of cash Obama gave them a couple years ago.

There are 50,000 Hamas supporters in Gaza participating in the day’s attacks at $100 a head, over 1,000 allegedly injured at least $200 each, and another 52 allegedly killed at $3,000 each (there is no reason to treat Hamas casualty figures coming out of Gaza as anything other than propaganda), the whole thing cost Hamas and Iran $5.3 million. The unmarked cargo plane filled with foreign currency that Obama dispatched to Iran carried $400 million.

Plus there is a $100,000 “reward” that an Iranian group offered to anyone who blows up the embassy? That illegal cash run can pay for bounties on every American diplomatic facility in the world.

The Hamas invaders so call protesters are there to kill Israelis. The Israeli soldiers were there to protect Israelis. The attackers were invading someone else’s land while the defenders were protecting their own country.

While the $100 a day thugs threw rocks and firebombs, the professional terrorists hung back waiting for a breach in the fence. Some were caught planting bombs. And killed. They are among the 10 known Hamas terrorists killed in the Gaza fighting and bemoaned by the media as victims of a Jewish massacre. 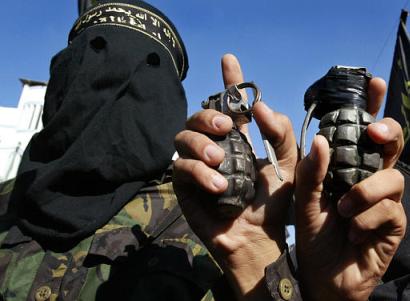 While the fence holds up, the Hamas terrorists and their supporters sent flaming kites in the hopes of setting Israeli farms and fields on fire. One such attack had already destroyed 400 acres of wheat.

A sympathetic New York Times piece from last week described the “flaming-kite squadrons” prepping hundreds of fire kites, but unfortunately, “The wind was blowing the other way.”

“The wind is still against us,” Ismail al-Qrinawi whined.  “We are waiting for it to pick up so we can fly tens of kites and burn their crops.” Instead, “the direction of the wind not only thwarted the kites, but also blew copious amounts of Israeli tear gas toward the protesters.”

Hamas organized the invasion. It urged its human shields to head to the fence telling them that the Israelis had run away. That was the same way Egypt’s Nasser had tricked Jordan’s King Hussein during the Six Day War. Instead of defeating the Israelis and salvaging Gaza, Nasser’s scheme led to the liberation of Jerusalem, along with Judea and Samaria by the indigenous Jewish people. And it also had disastrous consequences for this latest attempted invasion by Egyptian-Jordanian settlers into Israel.

While the Hamas supporters were destroying their own crossing point infrastructure, as they had previously trashed their own gas lines, the United States was inaugurating the opening of an embassy in Jerusalem. Despite media misinformation, the riots predated the embassy and will postdate it. 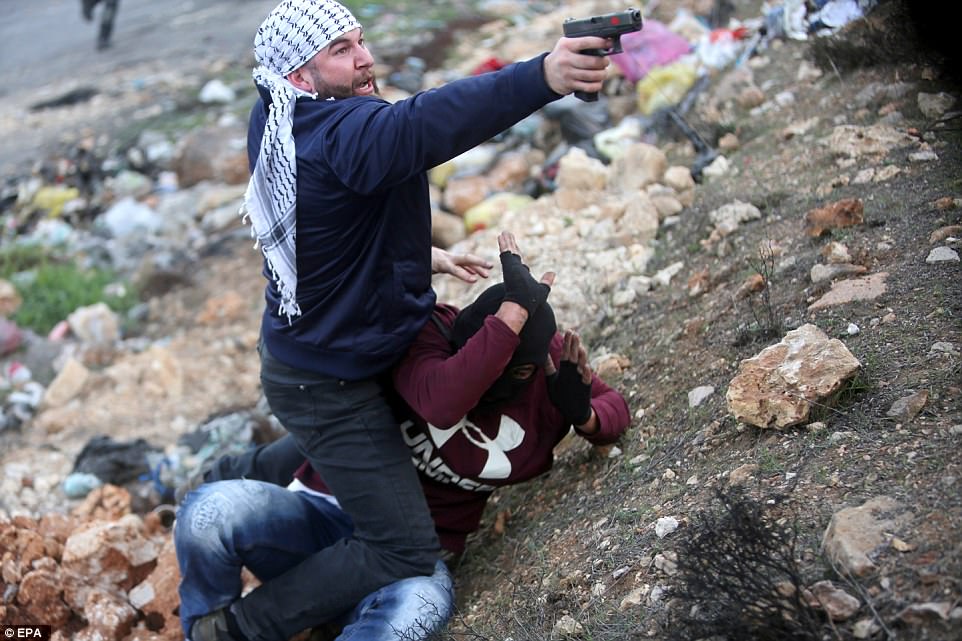 the cameras and pretending to limp on crutches to smear Israel and America. And as usual they missed the real story. While Israelis and Americans were building something, Muslim terrorists were destroying everything they could get their hands on. While Rabbis and Pastors blessed, Imams cursed.

Hamas Sheikh Iyad Abu Funun had sworn on the Koran that, “We will not leave a single Jew on our Islamic land.” It did not matter, “whether left-Wing, right-wing, secular, religious, or extremist.”

That is what this is about.

The dedication of the embassy is a leap of faith. Faith in building rather than destruction. Faith in life instead of death. Faith in the G-d who watches over Jerusalem, not the Allah for whom Gaza burns.