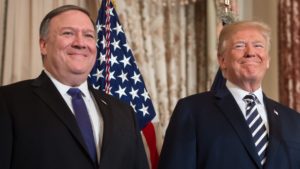 The Iran Terror Lobby NIAC in America are attempting to Demonize the Iranian Resistance (#Iran #NationalCouncil of #Resistance #MEK #PMOI , aided and abetted by Mullah apologists like Triti Parsi NIAC ( National Iranian American Council ) and MSNBC spokesman Richard Engels.. Rest assured these spiteful and nefarious plots by the Tehran Clerical PR Brigade are being secretly funded by the Obama Regime, George Soros and the IRGC ( The Islamic Revolutionary Guard Corps ).

These Mullah Puppets are conspiring together to oppose President Trump and Secretary of State Mike Pompeo’s withdrawal from the disastrous and dangerous Iran Deal JCPA ( Joint Comprehensive Plan of Action.), and the mighty Sanctions Crackdown on the cruel and barbaric Islamic Regime, which is clandestinely developing nuclear weapons at the top secret military sites throughout Iran, free from inspection by the IAEA, and currently waging unchecked and expansionary war in almost every part of the Middle East. 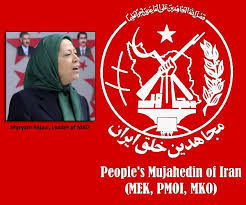 The only true course of action for President Trump and Secretary of State Mike Pompeo would be for the American Administration to officially recognise and legitimise the the Iranian Resistance (#Iran #NationalCouncil of #Resistance #MEK #PMOI , and formally invite its leader Maryam Rajavi to the White House, to start the process of restoring Justice, Democracy and Human Rights to the Iranian people..

Peter Paton is an International Strategic and PR Adviser.

We Hear You: Some Free Speech to Honor Those the Nation Salutes on Memorial Day

Editor’s note: We remember those who died for our freedom on Memorial Day, so it’s fitting that this week’s column...