Facilitating the creation of a Palestinian State in the West Bank will be suicidal for the Jordanian Kingdom. Given the power of the Palestinians (and Muslim Brotherhood) in Jordan, the Hashemite Kingdom will be overthrown if it tries to prevent weapon smuggling into a Hamas ruled West Bank 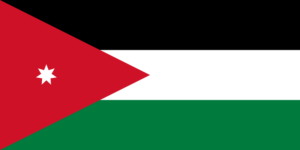 On June 2, 2018 the Jewish Press reported “…Jordanians—who are, in reality, “Palestinians”—continued to demonstrate in the capital Amman for a third consecutive day on Saturday. The protests began on Wednesday, when the mobs flooded the streets of Amman and other cities to demand regime change.Riots and protests erupted throughout the country, resulting in road closures, burning tires, chanting of anti-government slogans, parking cars in the middle of main highways in Amman. The rioters were met by stiff police response to bring the situation under control…”
http://www.jewishpress.com/news/middle-east/jordan/riots-continue-as-fearful-jordanian-king-suspends-fuel-electricity-hikes/2018/06/02/
The situation of the Hashemite Kingdom in Jordan is delicate, if a Palestinian State is created in the West Bank the sittuation in Jordan will deteriorate even more. Hamas is favorite to win the next Palestinian elections and the next Palestinian government will likely be led by Hamas. If Hamas takes power in the West Bank they will try to smuggle weapons into the West Bank as they do in Gaza.

The Hashemite government in Jordan will be overthrown if it tries to prevent smuggling. Facilitating the creation of a Palestinian State in the West Bank will be suicidal for the Jordanian Kingdom.

Hamas is an ally of the Muslim Brotherhood and Iran, enemies of Saudi Arabia and Jordan. If Palestine is militarized, Hamas could turn its weapons against Jordan. If Jordan tries to prevent Palestine from militarization and tries to prevent weapon smuggling, the internal political pressure would be enormous.

Most of the Jordanian population is Palestinian, there will be riots if the Hashemite King tries to prevent weapon smuggling into the West Bank.

Because of pressure from the Palestinians (and the Muslim Brotherhood) the Jordanian King will not be able to prevent weapon smuggling in the West Bank if Israel is forced to withdraw from the Jordan valley.

Jordan has to thank God that Israel now prevents weapon smuggling into the West Bank, if Jordan becomes the sole responsible for guarding the border the Hashemite Kingdom would be doomed.

The current situation is not “unsustainable” as some claim, the creation of another Arab State in the West Bank will not solve the conflict, it will make the conflict worse. If a Palestinian State is created in the West Bank, Jordan would not be able to prevent Hamas from smuggling weapons, Hamas will attack Israel from the West Bank as it does from Gaza and there will be war.

The Palestinian Media Watch translated an interview by one of Hamas founders Mahmoud al-Zahar to the Palestinian newspaper Al-Ayyam in which he said “transfer what it has [in Gaza] or just a small part of it to the West Bank, we would be able to settle the battle of the ‘final promise [to destroy Israel] with a speed that no one can imagine…[Some] have said Hamas wants to create an Islamic emirate in Gaza. We won’t do that, but we will build an Islamic state in Palestine, all of Palestine…”

There are other solutions to the Arab-Israeli conflict that will not endanger Israel’s existence. Since the UN believes the conflict can be solved with a UNSC resolution, why not submit one declaring that the Palestinians already have a State in Jordan? Jordan was created in land from British Mandate Palestine, most of the Jordanian population is Palestinian. Jordan must also be part of the solution.

British General James Lunt, a former commander in the Jordanian Arab Legion, related in his biography of Glubb Pasha “Britain had infuriated the Zionists by separating Transjordan from Palestine, which had in turn, delighted the Arabs of course.” (Glubb Pasha, James Lunt, Harvill Press 1984, page 62).

In 1916, before WWI ended, the British and the French signed the secret Sikes-Pikot agreement defining their proposedspheres of influence in the Middle East if they won the war. According to the agreement, France was allocated to Northern Iraq, Syria and Lebanon, while the British would rule over Palestine and southern Iraq.

In 1920, following the provision of the Mandate to France and Britain at San Remo, the UK took control of British Mandate Palestine (Mandatory Palestine) in what is today Israel and Jordan, land captured from the Ottoman Empire.

The McMahon-Hussein correspondence (1915) reveals details of a secret deal between Sir Henry McMahon, High Commissioner of the UK in Egypt, and the Sharif of Mecca, Hussain Bin Ali, by which the British would give control of lands captured from the Ottoman Empire to the Arabs (Palestine was included within the boundaries that were proposed by Hussein) if the Arabs assisted the British in fighting the Turks during WWI.

In 1921 the UK created the Emirate of Transjordan (Jordan) in the land of Mandatory Palestine east of the Jordan River and appointed Abdullah, son of the Shariff of Mecca, as King of Jordan. Britain also appointed Abdullah’s brother Faisal as King of Iraq. Jordan was officially under British Mandate Palestine and obtained independence in 1946.

On November 24, 2017 Petra, the officialJordanian news agency reported that “Palestinian President Mahmoud Abbas, on Friday said that Jordanians and Palestinians are “one people living in two states”, appreciating His Majesty King Abdullah II, who spared no occasion to defend the Palestinian cause and Jerusalem before the world. The Palestinian leader’s remarks came as he received Amman Mayor, Yousef Shawarbeh, in Ramallah, in the presence of Jordan’s ambassador in Palestine Khaled Shawabkeh…”

As Abbas admits the Palestinians and the Jordanians are one people, the Palestinians already have a State in Jordan. Since the UN claims the Arab-Israeli conflict can be solved though a UNSC resolution why not submit one declaring that Jordan is Palestine? America has existed for 240 years. The Ottoman Empire Occupied the Jewish Homeland for more than 320 years, from the early 1500s until 1922, a period longer than America has existed. The settlements are not illegal: Israel has as much claim to Ottoman land as Jordan. The land was part of the Ottoman Empire before WW1. Israel and Jordan were both created from Ottoman land. If there is a UNSC resolution demanding Israel to return Ottoman Land why there is no UNSC demanding Jordan to return Ottoman land ?

Why exclude Jordan from the Israeli-Palestinian negotiations? Jordan was created in British Mandate Palestine. Most of the Jordanian population is Palestinian, the previous King said “Jordan is Palestine, Palestine is Jordan”. The Queen of Jordan Rania Al-Yassin was born in Kuwait to Palestinian parents Faisal Sedki Al Yassin and Ilham Yassin from Tulkarm, Jordan has a Palestinian Queen, the next King of Jordan will be the son of a Palestinian. If Jordan is recognized as the Palestinian State the Arabs currently living in Israel can continue but they will be Jordanian Citizens. Jordan was also part of British Mandate Palestine, it must also be part of the solution.

The “two state solution” was already implemented with the creation of a State for the Arabs in Jordan, the Palestinians already have a state in Jordan. To end the Arab-Israeli conflict all that President Trump has to do is declare that Jordan is Palestine.

Until 1948 Jews were a majority of the population in Jerusalem. On December 11, 2017 Amb. Dore Gold wrote in the Jerusalem Center of Public Affairs “By the mid-19th century, the British Consulate in Jerusalem made the following determination, according to this report, which I found in the Public Record Office in Kew, it states that Jews were a majority in Jerusalem, when? already in 1863 – that’s long before Theodor Herzl, before the Britt’s arrived, or Lord Balfour.

See the guy on the right, William Seward, he was Secretary of State of the United States during the American civil war, under President Abraham Lincoln.

When Seward’s term ended, he visited the holy land, he visited Jerusalem. And he wrote a memoir. And in his memoir, it is written, “There is a Jewish majority in Jerusalem.”

Arabs claim Jews have no right to live in East Jerusalem. The same way it would be racist to say Arabs cannot live in West Jerusalem, it is racist to say Jews cannot live in East Jerusalem where they were a majority of the population until they were expelled through ethnic cleansing in 1948 by the Jordanian Arab Legion and to where they returned in 1967. In 1948 British General Glubb Pasha lead the Jordanian Arab Legion to expel all the Jews from Hebron, East Jerusalem and the West Bank. Not only they did ethnic cleansing but they destroyed dozens of ancient synagogues and 60,000 Ancient Jewish Tombstones in the Sacred Ancient Jewish Cemetery of Mount of Olives to try to erase all evidence of Jewish History.

While there is only one Jewish State smaller than New Jersey with a population of about 7 million Jews, Islam has expanded from Saudi Arabia to the 57 countries member states of the Organization for for Islamic Cooperation with an estimated population of 1.6 billion Muslims.

In Case You Missed It:  Is COVID a Pandemic of the Unvaccinated? Not Quite
Posted in Freedoms.

Italy's new interior minister Matteo Salvini has a message for migrants "Pack Your Bags". Salvini will be in Sicily Sunday...