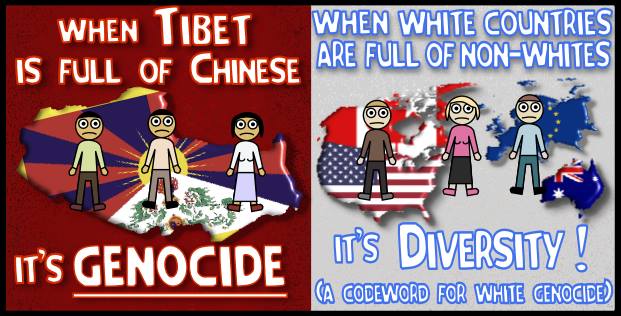 America’s successful melting pot should not be replaced with discredited salad-bowl separatism.

Emphasizing diversity has been the pitfall, not the strength, of nations throughout history.

The Roman Empire worked as long as Iberians, Greeks, Jews, Gauls, and myriad other African, Asian, and European communities spoke Latin, cherished habeas corpus, and saw being Roman as preferable to identifying with their own particular tribe. By the fifth century, diversity had won out but would soon prove a fatal liability.

Rome disintegrated when it became unable to assimilate new influxes of northern European tribes. Newcomers had no intention of giving up their Gothic, Hunnish, or Vandal identities.

The propaganda of history’s multicultural empires — the Ottoman, the Russian, the Austro-Hungarian, the British, and the Soviet — was never the strength of their diversity. To avoid chaos, their governments bragged about the religious, ideological, or royal advantages of unity, not diversity.

Nor did more modern quagmires like Iraq, Lebanon, Syria, Rwanda, or Yugoslavia boast that they were “diverse.” Instead, their strongman leaders naturally claimed that they shared an all-encompassing commonality.

When such coerced harmony failed, these nations suffered the even worse consequences of diversity, as tribes and sects turned murderously upon each other.

For some reason, contemporary America believes that it can reject its uniquely successful melting pot to embrace a historically dangerous and discredited salad-bowl separatism.

Is there any evidence from the past that institutionalizing sects and ethnic grievances would ensure a nation’s security, prosperity, and freedom?

America’s melting pot is history’s sole exception of e pluribus unum inclusivity: a successful multiracial society bound by a common culture, language, and values. But this is a historic aberration with a future that is now in doubt.

We speak casually of bloc voting on the basis of skin color — as if a lockstep Asian, Latino, black, or white vote is a good thing.

We are reverting to the nihilism of the old Confederacy. The South’s “one-drop rule” has often been copied to assure employers or universities that one qualifies as a minority.

Some public figures have sought to play up or invent diversity advantages. Sometimes, as in the cases of Elizabeth Warren, Rachel Dolezal, and Ward Churchill, the result is farce.

Given our racial fixations, we may soon have to undergo computer scans of our skin colors to rank competing claims of grievance.

How does one mete out the relative reparations for various atrocities of the past, such as slavery, the Holocaust, the American Indian wars, the Asian or Catholic exclusion laws, indentured servitude, or the mid-18th-century belief that the Irish were not quite human?

Sanctuary cities, in the manner of 1850s Richmond or Charleston invoking nullification, now openly declare themselves immune from federal law. Does that defiance ensure every city the right to ignore whatever federal laws it finds inconvenient, from the filing of 1040s to voting laws?

The diversity industry hinges on U.S. citizens still envisioning a shrinking white population as the “majority.” Yet “white” is now not always easily definable, given intermarriage and constructed identities.

In California, those who check “white” on Orwellian racial boxes are now a minority. Will white Californians soon nightmarishly declare themselves aggrieved minorities and thus demand affirmative action, encourage Viking-like names such as Ragnar or Odin, insert umlauts and diereses into their names to hype their European bona fides, seek segregated European-American dorms, and set up “Caucasian Studies” programs at universities?

In Case You Missed It:  How ‘Wokeness’ Is a Product of Marxism

Women now graduate from college at a higher rate than men. Will there be a male effort to ensure affirmative action for college admissions and graduation rates?

If the white vote reaches 70 percent for a particular candidate, is that really such a good thing, as it was considered to be when President Obama was praised for capturing 95 percent of the black vote?

It is time to step back from the apartheid brink.

Even onetime diversity advocate Oprah Winfrey has had second thoughts about the lack of commonality in America. She recently vowed to quit using the word “diversity” and now prefers “inclusion.”

A Latino-American undergraduate who is a student of Shakespeare is not “culturally appropriating” anyone’s white-European legacy, but instead seeking transcendence of ideas and a common humanity.

Asian-Americans are not “overrepresented” at premier campuses. Their high-profile presence should be praised as a model, not punished as aberrant by number-crunching bureaucrats.

African-Americans who excel in physics and engineering are not “acting white” but finding the proper pathways for their natural talents.

Being one-half Southeast Asian or three-quarters white is not the touchstone to one’s essence and is irrelevant to one’s character and conduct.

No one is impinging on anyone’s culture when blacks dye their hair blond, or when blondes prefer to wear cornrow braids.

Otherwise, we will end up as 50 separate and rival nations — just like other failed states in history whose diverse tribes and races destroyed themselves in a Hobbesian dog-eat-dog war with one another.

Their Son Is Suicidal Because of Bullying. They Blame an Obama-Era School Discipline Policy.

PARKVILLE, Md.—Nicole Landers found a note written by her 9-year-old son, Jared. “Kill me. I mean nothing. I have issues,”...