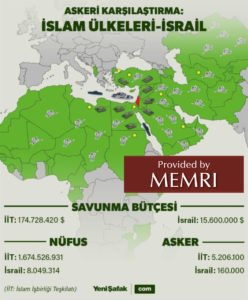 Did the Organization for Islamic Cooperation with its 57 members hijack the UN for jihad against Israel? Are they planning a joint army to destroy the Jewish State? An alliance to counter the power of the OIC must be created as NATO was created against the USSR
The reason why the UN does not work is because there are 57 Muslim countries that belong to the Organization for Islamic Cooperation (see OIC charter below) that do not vote based on what is right or wrong but vote based on what is best for Islam. The Israeli-Palestinian conflict should be renamed the Islamic-Jewish conflict where dozens of Islamic States gang up against the only Jewish State. In the name of pluralism an alliance needs to be created to counter the power of the OIC in the UN perhaps similar to the creation of NATO against the Soviet Union.
Below is an example of how the OIC hijacks the UN for jihad against Israel.
In 1949, China invaded Tibet and initiated a massive transfer of Chinese civilians into Tibet.
In his 5-point peace plan the Dalai Lama stated:
“The massive transfer of Chinese civilians into Tibet in violation of the Fourth Geneva Convention (1949) threatens the very existence of the Tibetans as a distinct people.”
Today, in the whole of Tibet 7.5 million Chinese settlers have already been sent, outnumbering the Tibetan population of 6 million. In central and western Tibet, now referred to by the Chinese as the “Tibet Autonomous Region,”
Chinese sources admit the 1.9 million Tibetans already constitute a minority of the region’s population. These numbers do not take the estimated 300,000-500,000 troops in Tibet into account – 250,000 of them in so-called Tibet Autonomous Region…For the Tibetans to survive as a people, it is imperative that the population transfer is stopped and Chinese settlers return to China. Otherwise, Tibetans will soon be no more than a tourist attraction and relic of a noble past. ”
https://www.dalailama.com/messages/tibet/five-point-peace-plan
The UN Watch reported that in 2013 the UN passed 25 resolutions; 21 were against Israel, zero were against China.
https://www.unwatch.org/un-israel-key-statistics/
The UN constantly condemns Israel but not China because there are 57 Muslim nations in the UN that gang up against the only small Jewish State.
Islamic Nations may be divided in other issues but the conquest of Jerusalem is a common cause. The Charter of the Organization for Islamic Cooperation signed by its 57 Islamic Members declares:
“In the name of Allah, the most Compassionate, the most Merciful, We the Member States of the Organisation of Islamic Cooperation, determined:…to support the struggle of the Palestinian people, who are presently under foreign occupation, and to empower them to attain their inalienable rights, including the right to self-determination, and to establish their sovereign state with Al-Quds Al-Sharif (JERUSALEM) as its capital, while safeguarding its historic and Islamic character, and the holy places therein…
…The Headquarters of the General Secretariat shall be in the city of Jeddah (Saudi Arabia) until the liberation of the city of Al-Quds (JERUSALEM) so that it will become the permanent Headquarters of the Organisation…”
https://www.oic-oci.org/page/?p_id=53&p_ref=27&lan=en
There are 57 Muslim Countries in the UN that gang up against the only small Jewish State (smaller than New Jersey). The Muslim Countries that attack Israel in the UN don’t do it because of violations of human rights as they claim, else they would condemn China as well. They use the UN for Jihad, they condemn Israel to fight for what they consider occupied Islamic land.
On March 7, 2018 MEMRI reported “the Turkish daily Yeni ?afak, which is close to President Recep Tayyip Erdo?an and his ruling AKP party, published an article titled “A Call for Urgent Action,”[1] which also appeared on the paper’s website under the title “What If an Army of Islam Was Formed against Israel?”[2] The article called on the 57 member states of the OIC to form a joint “Army of Islam” to besiege and attack the state of Israel. It notes that such a joint army will greatly exceed the Israeli army in manpower, equipment and budget…”
https://www.memri.org/reports/turkish-newspaper-close-president-erdogan-calls-form-joint-islamic-army-fight-israel

An FBI attorney who worked on the special counsel’s Russia investigation until earlier this year sent anti-Trump text messages to...