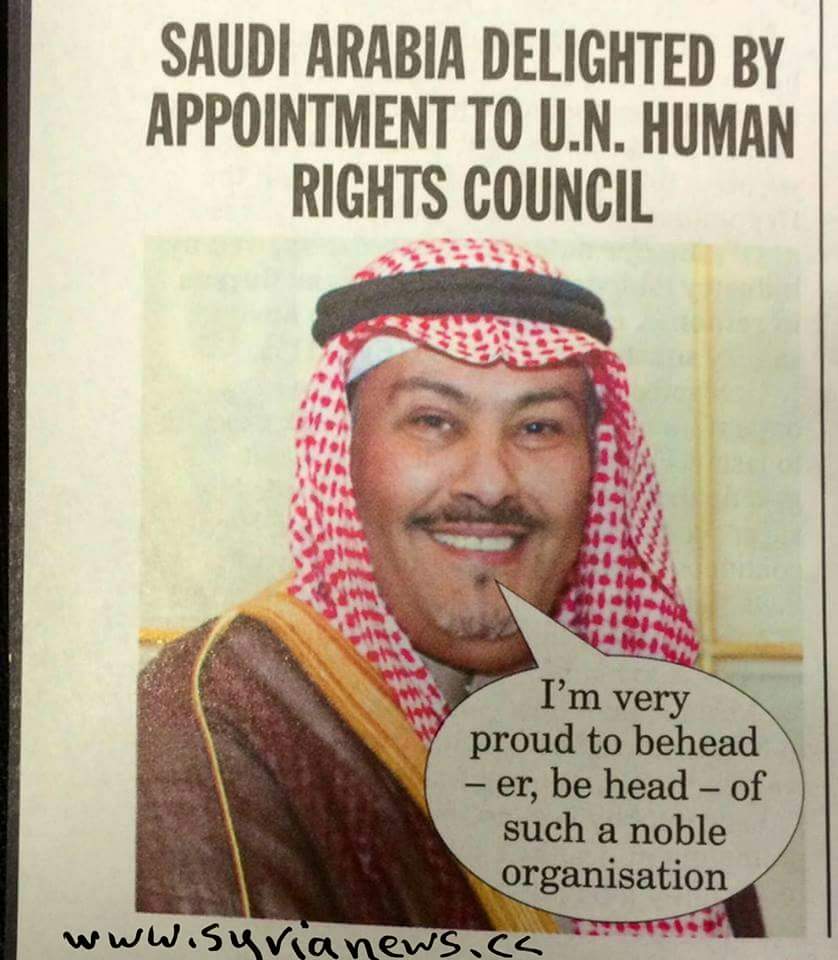 Trump administration’s decision to withdraw the United States from this charade sends a signal that the United States, the UN’s largest funder, will no longer tolerate business as usual, including double standards and hypocrisy, at the UN

The United States has withdrawn from the United Nations Human Rights Council. Secretary of State Mike Pompeo and U.S. Ambassador to the United Nations Nikki Haley announced the Trump administration’s decision at the State Department Tuesday afternoon. “We take this step because our commitment does not allow us to remain a part of a hypocritical and self-serving organization that makes a mockery of human rights,” Ambassador Haley said at a press conference announcing the decision. Secretary of State Pompeo added succinctly, “The Human Rights Council is a poor defender of human rights.”

The United States joined this travesty of a human rights body in 2009 during former President Barack Obama’s first term, three years after it was established to replace the widely discredited UN Commission on Human Rights. While intended to be more accountable and effective in monitoring human rights abuses without favor or bias, the Human Rights Council was fundamentally flawed from the outset.  It failed to incorporate any meaningful criteria for membership and continued to be subject to abuse by human rights abusers that joined the Council, just as had happened at the predecessor Commission. Former President George W. Bush refused to play along and kept the United States out of the Human Rights Council. Obama decided that the United States would have a better chance of encouraging real reform from the inside rather than by criticizing the UN body from the outside. His administration failed miserably. In the years since, the Human Rights Council has fulfilled the worst fears of its critics.

Ambassador Haley warned the Human Rights Council last year that, unless this “forum for politics, hypocrisy and evasion” reformed its ways, the United States would pull out. It did not change its ways. As usual, the Trump administration meant business and followed through with its threat.

The Human Rights Council includes amongst its members the likes of Cuba, Egypt, Burundi, China, Pakistan, Qatar, Saudi Arabia, and Venezuela, which are not exactly known for their attention to human rights protection at home. Yet they get to sit in judgment on the United States and Israel.

“Literally half of all U.N. resolutions at the Human Rights Council criticizing a country have not been directed at North Korea, not against Iran, not against Saudi Arabia, not against Egypt, not against China, not against Venezuela, not against Cuba – against Israel, the only democratic free country in the Middle East,” said conservative commentator Ben Shapiro, based on data compiled by UN Watch, a nongovernmental organization.

UN human rights chief Zeid Ra’ad Al Hussein sent letters to about 150 Israeli and overseas companies operating in the West Bank, East Jerusalem and the Golan Heights, threatening that they may be added to a UN compiled blacklist of companies that, in his words, “operate in opposition to international law and in opposition of UN resolutions.” About 30 of the companies are reportedly from the United States. The UN’s blacklist will serve to bolster the Boycott, Divestment, Sanctions (BDS) movement against Israel, whose co-founder Omar Barghouti said, “We hope the UN Human Rights Council will stand firm and publish its full list of companies illegally operating in or with Israeli settlements on stolen Palestinian land, and will develop this list as called for by the UN Human Rights Council in March 2016.” Barghouti showed his true colors when he said back in 2013 that “we oppose a Jewish state in any part of Palestine.”

We also have had enough of the self-righteous lecturing by the UN’s human rights chief, Zeid Ra’ad Al Hussein, presuming to tell the United States how to enforce its immigration laws. “The thought that any State would seek to deter parents by inflicting such abuse on children is unconscionable,” he said, calling on the United States to immediately put a stop to the separation policy, and ratify the Convention on the Rights of the Child.

Zeid, an unelected bureaucrat from a country with its own dubious human rights record, has gone after President Trump personally on several occasions, both before and after Mr. Trump’s election victory. Fortunately, Zeid has decided not to continue in office beyond the end of his current term later this summer.

In Case You Missed It:  Fauci says 3 shots needed for "full vaccination," while the double-vaxxed will LOSE their vaccine passports
Posted in Freedoms and tagged United Nations.

Mercedes Schlapp, assistant to the president and senior adviser for strategic communications at the White House, spoke exclusively to The...