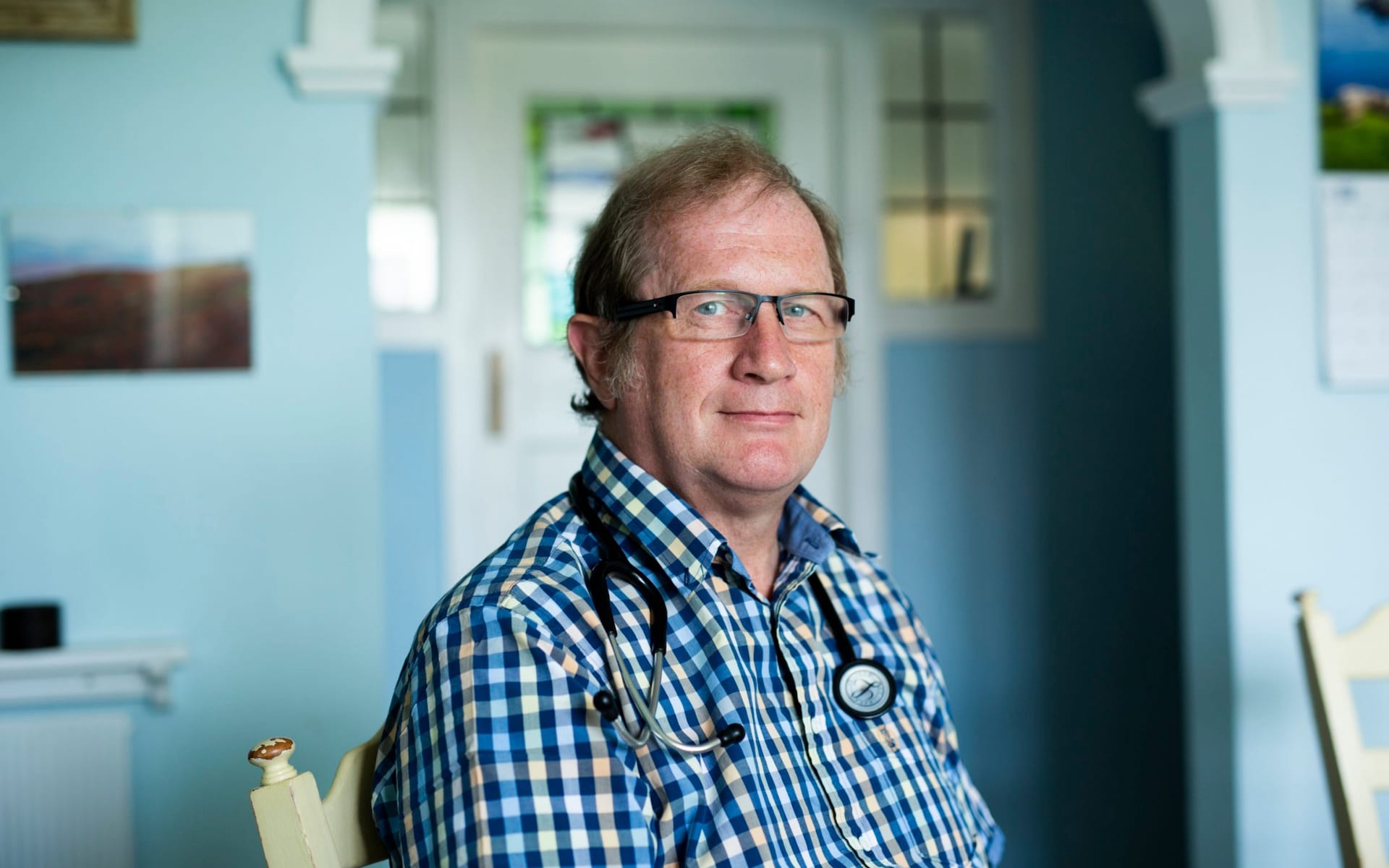 Dr David Mackereth at home in Dudley, West Midlands. His Christian beliefs about gender meant he claims he was technically sacked from working Department for Work and Pensions CREDIT: ANDREW FOX

A Christian doctor has been “sacked” as a medical assessor for a government department after refusing to renounce that gender is determined at birth, the Sunday Telegraph can reveal.

Dr David Mackereth has worked for 26 years as an NHS doctor but was told he could not be employed as a Department for Work and Pensions (DWP) disability assessor if he refused to identify patients as being of a sex that they did not see themselves as.

The 55-year-old father of four said biologically speaking sex is genetic and biological, and established at birth.

He said his right to freedom of speech has been denied and he has been classed “unfit” to work for the department because of his “religious convictions”.

A medic from Dudley in the West Midlands fears many other professional people of faith could also be dismissed simply for holding opinions about gender that are “centuries old” and proven by DNA tests.

Dr Mackereth, who registered as a doctor in 1989 and spent most of his career working in Accident & Emergency wards, said: “I’m not attacking the transgender movement. But, I’m defending my right to freedom of speech, and freedom of belief.

“I don’t believe I should be compelled to use a specific pronoun. I am not setting out to upset anyone. But, if upsetting someone can lead to doctors being sacked then, as a society we have to examine where we are going.”

Dr Mackereth, a Reformed Baptist, started a training course in May to become a health and disability assessor for the DWP. His role would have meant interviewing and then writing independent reports about the health of those claiming disability benefits.

However, when his instructor stated that reports must only refer to the patient – or “client” – by the sex that person identified themselves as, a discussion took place among the medics about the “fluid” nature of gender, Dr Mackereth claims.

“I said that I had a problem with this. I believe that gender is defined by biology and genetics. And that as a Christian the Bible teaches us that God made humans male or female. I could have kept my mouth shut. But, it was the right time to raise it.

“The tutor took me aside and said he had passed my comments up the chain to the DWP.”

Dr Mackereth then received an email from Advanced Personnel Management (APM), the agency that employed him and would have hired him out to the DWP.

They explained he could undergo training about the department’s policy, but the DWP had consulted lawyers and was adamant that any report or contact with clients should refer to them in their chosen sex otherwise it “could be considered to be harassment as defined by the 2010 Equality Act”.

The doctor replied that “in good conscience” he could not conform to those demands, and so the contract was terminated between them.

“By stating what have known by mankind for centuries – namely that gender and sex are determined at birth – you can come under ferocious attack.

“If we are no longer allowed to say that you know sex and gender are the same and are determined at birth, everyone who holds these same factual views can be sacked on the spot under this Act. I’m not an isolated case.”

A DWP spokeswoman said the Equality Act states that it is unlawful to discriminate directly or indirectly against a person on grounds of a “protected characteristic”, such as gender reassignment.

She added: “Dr Mackereth made it clear during his training that he would refuse to use pronouns which did not match his own view of a person’s biological gender.

“We expect all assessors to handle assessments sensitively and adhere to the Equality Act 2010.”

In Case You Missed It:  MURDER WITH DICKS: Dick’s Sporting Goods CEO says she’ll give thousands of dollars to any female employee seeking an abortion
Posted in Freedoms and tagged Christians, Healthcare, Medicine, United Socialist States of America.

The Role Kavanaugh Played in the Starr Investigation of Clinton

Just when it seems the soap opera of the Clinton scandals had faded into a distant memory, it could re-emerge...