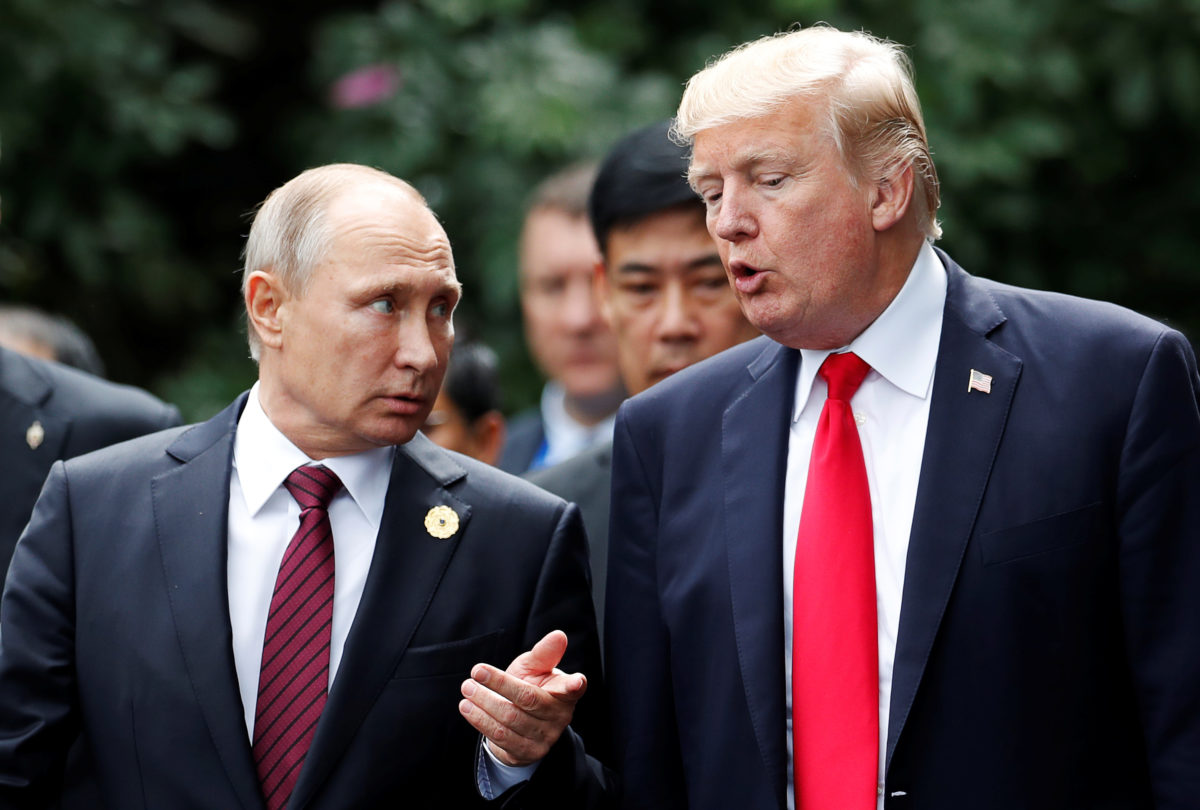 The vultures—or buzzards…take your pick—were circling wildly in search of a corpse yesterday, in Helsinki.  They smelled blood and thought it came from the dead and decaying body of President Donald J. Trump.  For those in the anti-Trump and badly educated media, their greatest hopes seemed to have finally been realized and their attempts to tear off any remaining flesh from his bones was at hand.  Even some of the birds who had ostensibly strongly supported Trump—those we thought would have had more character or at least higher IQs—joined the birds in their kettle circling.  Sadly for them all…but excellent for We-the-People…the body was still quite alive—and will remain so for at least seven more years.

POTUS Trump’s latest problems with the wild eyed and cacophonous anti-Trump media and Never-Trump RINOs began and ended with Trump’s meeting with Russian President Vladimir Putin.  First and foremost, the Luciferian Left (LL) did not want the meeting to occur…in the first place.  Then, after the US branch of the LL was unable to stop the meeting, it began all manner of distractions and misdirection for the American electorate.  In order to turn our attention back to the Mueller witch hunt against President Trump, the now-shown-to-be-corrupt-beyond-all-boundaries-of-corruption DOJ’s FBI announced the indictments of even more Russians.  However, according to he-who-would-be King Rod Rosenstein, we were told it had nothing to do with any American citizen.  Note:  But, it’s always good for turncoats and internal destroyers to keep bringing false information to the forefront in order to satiate the weak minded and worrying law-abiding citizens.  So, after the Trump-Putin “Summit” the FBI decided to arrest a Russian woman.  As I wrote in an email blast yesterday:  “This smells extremely fishy to me.  The article gives no specifics, with the exception that she knew a Russian banker, was a member of the NRA (many people are) and may have been promoting Russian interests.  When did those things become a crime in the USA?  Was it when Trump had his “summit” with Putin?  An excerpt from the article reads:  “Prosecutors said in a statement that Butina, 29, had been “developing relationships with US persons and infiltrating organisations having influence in American politics, for the purpose of advancing the interests of the Russian federation”.

“So, joining an American organization—which is open to all who pay an annual fee—is “infiltrating” it?  How can an open-to-anyone organization be “infiltrated”?  Folks, our fully corrupt DOJ now seems to be going after almost anyone Russian in this country who wants to promote business concerns. The US Deep State truly is very quickly becoming the American KGB!!!  This is becoming more and more bone chilling by the day…”

Due to the, apparent, huge majority of the US Department of Justice officials working closely with the Democrats to bring down President Trump by any means necessary…and using said means toward its own debauched, debased and thoroughly unethical purposes, it has become more and more difficult to determine which side is to be believed…Russia or “our” DOJ.  In this case, it now appears that—due to its own members’ highly unethical and illegal behaviors and practices—the US DOJ no longer has the moral compass required to make any determination of what is legal or illegal; let alone that which is ethical or unethical.

With his comments at the “summit” yesterday, President Trump brought not only this conundrum of political thought to the forefront but, also caused us to examine the very basic notions of right and wrong.  Tragically, the people within the organizations within the United States of America that are supposed to hold ethics and the law in the highest esteem have not only come up short and have been exposed to be sorely lacking in basic honesty and decency,  but are refusing to follow any laws that do not comport with their own skewed, distorted and highly slanted and biased view of their own superiority.  They have tipped their hand and are now demanding the right to rule over us all.  And this rule appears to, also, be by any means necessary to force us to comply.  That, my friends, is called “The Police State” to which I have been referring for years.  With its continuing and—now—ever more wild attempts to bring down President Trump, it is establishing itself as the Unconstitutional Fourth Branch of US Government which supersedes the three Constitutional branches.

America!  Our real threat does not come from any foreign power.  We are now being destroyed from within our own country.

“America will never be destroyed from the outside. If we falter and lose our freedoms, it will be because we destroyed ourselves”—Abraham Lincoln.

“A great civilization is not conquered from without until it has destroyed itself from within.”—Ariel Durant

No Russian Election Collusion—No Matter How The MSM Spin It