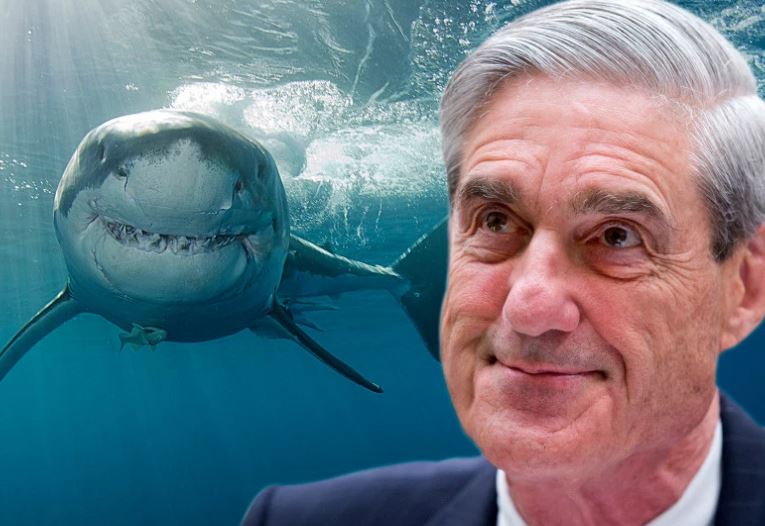 Special Counsel Robert Swan Mueller III decided it is worth endangering the lives of American intelligence officers and CIA overseas agents, as long it helps frame President Donald Trump in  his “Russia Russia Russia” quest for a crime. The fact no crime existed should have prevented the Mueller led effort to find one per the law defining the action. By Federal law, the Mueller investigation is illegal, but billions, if not trillions of Dollars of concern ignored that fact.  Why should this be?

B. S. Mueller issued indictments on 12 Russian military intelligence officers for petty crimes related to the 2016 election. The charge is so poorly drawn he does not even have real names for the accused! It is normal for intelligence officers to use false names in their work as part of their “deep cover.”  This is vintage Robert Swan Mueller III, a man without a compass and a deeply stained career.

The reciprocity code in spydom says that by indicting 12 Russian intelligence officers, Mueller gives Vladimir Putin  license to nail 12 of our intelligence officers in Russia.  Be sure, he will.  While Mueller’s indictments are insignificant what happens to our people will not be.  Russians play very “hard ball.”

In his first case as a Federal Prosecutor, B. S. Mueller III prosecuted 18 San Francisco Hells Angels drug runners in 1979, a “slam-dunk” case, but lost 13 convictions due to his fumbles.  All five of his convictions were overturned on appeal.  11 were re-tried by Mueller’s replacement Prosecutor but all ended in mistrial so badly had Mueller prepared the cases.

He fled to Boston, there indicting an East German physicist, thief of nuclear secrets, but fumbled the case so badly the physicist got off and all involved said he was “guilty as sin!”  This should have ended his career but high born Bob had a destiny in the swamp.

He hired Boston mob boss Whitey Bulger as an informant as it has long been FBI and CIA practice to employ mob factions, or “families” and rogue enemy agents in the CIA.  Meanwhile…

FBI handler John Connolly covered up horrific crimes committed by Bulger’s mob.  To answer public outcry Mueller charged four innocent men, convicted them of murder on false evidence and sent them to prison for 40 years and two died there!

All were exonerated and the families awarded $101 million for false imprisonment.  Mueller was found to have suppressed exculpatory evidence, replacing it with fake evidence, but Bob was not held responsible so corrupt is our Federal Justice Department.

Next B. S. Mueller convicted accused virologist Steven Hatfield on false evidence.  Hatfield then proved he had no access to the Anthrax virus he was accused of using.  Mueller had suppressed evidence of that fact and was again caught!  Hatfield sued and won $5.8 million for “malicious prosecution” and “false imprisonment.”  Again, Mueller’s crimes were ignored as the Deep Swamp masters hands got a greater grip on Robert Swan Mueller III.

Whoever is running the “Deep Swamp” wants to have something on this man to control him!  Bob Mueller is in the prison of the mind of a profoundly guilty man at least responsible for the deaths of two innocent men in prison and the freedom of dangerous criminals.

This is all happening in the long shadow of J. Edgar Hoover who was a sexual deviant cross-dresser, mental case, but kept his post by blackmailing politicians for his 48 year term as Director, from 1924 to 1972 while under yet a bigger thumb from the Swamp, giving them a way to control the FBI.  Be sure they translated that into control of the CIA and NSA bureaus.

In the “Russia Russia Russia” investigation Mueller’s men broke into Paul Manafort’s house at 4 AM, roughed up and handcuffed Paul Manafort and his wife, grabbed client-lawyer documents and personal property in a Fourth Amendment Constitutional violation.  Mr. Manafort has a Constitutional cause of action potentially worth millions.  Mr. Manafort has the connections and means to prosecute this case and we will pay for the settlement!

If these scum are given “prosecutorial immunity they can lie with abandon.  Should these five “songbirds” be found to be lying they cannot be prosecuted under the Mueller arranged deal which may mean the deal will be dashed and that should be on the minds of “the Mueller Five.”  They may have a very short deck in this game.

Mueller thinks this is cleaver, but the fact will be illuminating to his Grand Jury if they have even one smart person on the panel.  This is the reason prosecutors object to anyone who speaks well and shows  intellectual capacity in the jury selection process.  Power is the elixir of scoundrels.  Jury selection consultants do one thing:  Get stupid people impaneled.

It is utterly clear the Mueller objective is to remove Donald J.Trump, a legally elected President of the United States, and bring the Swamp Masters back to complete and total power of the kind they have enjoyed so long.

Mueller is notorious for thin-evidence, heavy-hands and very high failure rates.  He is high-born, high-educated, an ex-Marine with several “Band Aid Purple Hearts,” cultivated appearance and speech; walks like Gary Cooper in a studied gait.

We are told to believe candidate Donald Trump colluded with Vladimir Putin, using means so sophisticated not even the National Security Agency was able to document it so we should believe it?

It is claimed with super-sophisticated collusion, Donald Trump and Vladimir Putin stole the 2016 election away from the rightful winner, Hillary Clinton.  The FBI did not examine the DNC server, which has since vanished, but B. S. Mueller claims it was hacked by Russian spies on no evidence.  The event sequence does not support that conclusion.

Democrats claim their emails were “hacked” and published by WikiLeaks just “days before the election” to sway the vote for Trump. But, the emails were published by WikiLeaks on July 22, 2016!  More than three months before Nov. 8, 2016.  Hillary Clinton was selected as the Democrat nominee on July 26, so if anything, a leak of the emails would have been to the benefit of socialist Bernie Sanders, the last person on the planet Hillary would help.

The Republican National Committee’s emails were hacked and published online at “DC Leaks” in June 2016 a full month before John Podesta/DNC emails were published. Why is no one claiming the RNC email hack was a nefarious foreign plot to sway the election to Hillary Clinton who had given Russia 20% of our uranium ore for a $110 million contribution to the Clinton Foundation of which the Clintons keep 96%, according to private audit.  Could the fact everything in the Republican emails was likely legal be the reason where much in the Democrat emails was not have anything to do with the FBI decision?  Did they already know?

“Dark” is the dimension of the DNC.  This is the reason the DNC server was destroyed.  No functional piece of that machine exists.

Existing DNC emails include racial slurs in the DNC mocking female African American donors.  While not illegal they are hanging crimes in the politically correct America of Democrats.  They also document John Podesta’s “spirit cooking” satanic ritual in which participants drink other’s bodily fluids!  “Have a glass of Hillary pee, whee!  How about some Cool Whip?”

The Mueller investigation has cost America $20 million to date and only five Americans have been indicted for crimes that not only had nothing to do with Donald Trump or the 2016 elections.  It is doubtful any will be convicted of crimes that are rarely prosecuted and some are well beyond their statutes of limitations.  This is typical of the sloppy work of Robert Swan Mueller III, aka B. S. Mueller.

House Republicans have filed Articles of Impeachment on Deputy Attorney General Rod Rosenstein for refusing to turn over documents on the FISA warrant applications based on the fake Russian narrative, “dossier,” which is not a “sheaf of documents, per definition or true and in violation of legal standards.  When the House succeeds he will be the first of the criminal justice casualties of Hillary’s campaign.

Robert Swan Mueller III has long been the Clouseau of Federal prosecutors, but he was made Director of the FBI not because of his good performance, but because he is controllable given everything they have on him, but by whom?  The real Lords of the Swamp can pull the string on B.S. Mueller any time they wish and he knows it.  He had better produce or they will.  He walks in fear.

Michigan State Football Star’s Next Uniform Will Be USAF’s, not NFL’s

Many college football players dream of achieving fame and fortune in the NFL, but Jalen Watts-Jackson, a star defensive back...