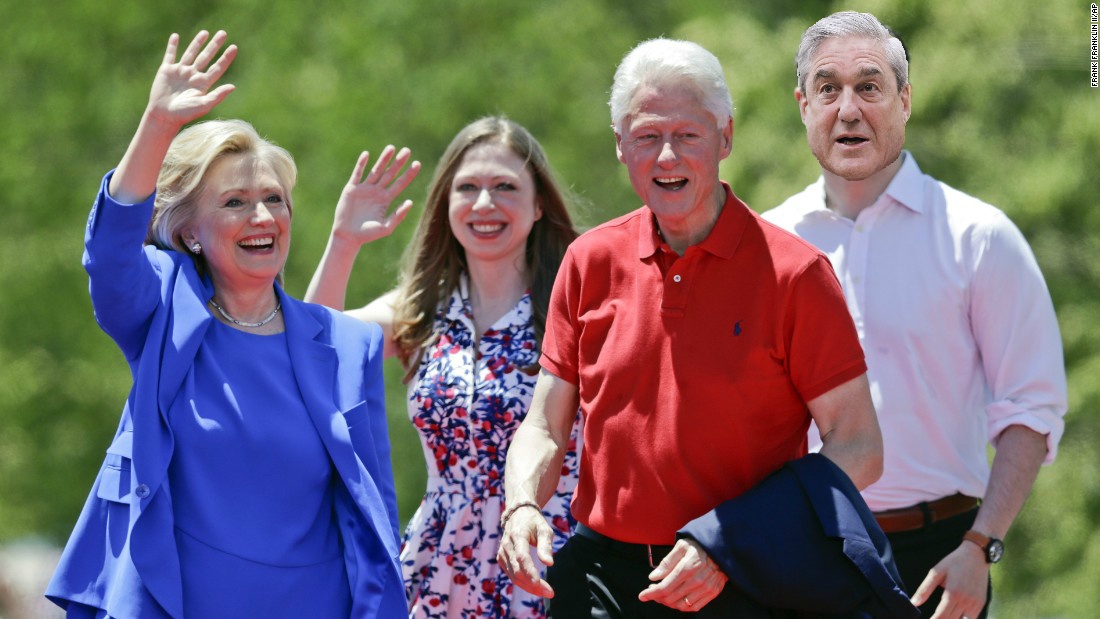 The 2017 late last week by Julian Assange at WikiLeaks of a 2009 State Department cable to the Russians raises fresh questions about the objectivity of Special Counsel Robert Mueller (shown), the man named to investigate any possible “collusions” between the presidential campaign of Donald Trump and the Russians.

In 2009, then-Secretary of State Hillary Clinton directed FBI Director Mueller to deliver a sample of Highly Enriched Uranium (HEU) to Russia. The uranium had reportedly been stolen. It seems particularly odd, considering that the FBI is not under the supervision of the State Department, and that the FBI director would personally make the transfer.

Assange released the controversial cable on May 17, 2017 the same time that Deputy Attorney General Rod Rosenstein tapped Mueller as an “independent” counsel to investigate any supposed Trump-Russian ties.

Trump has expressed legitimate concerns about the personnel that Mueller has hired to conduct his work. They are practically all partisan Democrats, with seven staffers having contributed large sums of money to either Hillary Clinton, Barack Obama, or the Democratic National Committee. None donated any money to Trump, or to any other Republican presidential candidate in the last campaign.

Adding to that concern is the question as to what exactly was Mueller’s role in the deal between Russia and Uranium One, the company that Hillary’s husband, Bill Clinton, supported at the same time she was secretary of state. Hillary Clinton, in her role as secretary of state, voted to allow the Russian State Atomic Nuclear Energy Agency control of about 20 percent of all uranium holdings in the United States.

As revealed by WikiLeaks, Secretary of State Clinton sent a cable to John Beryle, who was U.S. Ambassador to Russia; the U.S. Ambassador to the Georgia Embassy; and U.S. ambassador to the Russian Embassy, on August 17, 2009. The cable read in part, “Action Request: Embassy Moscow is requested to alert at the highest appropriate level the Russian Federation that FBI Director Mueller plans to deliver the HEU sample once he arrives in Moscow on September 21.”

Shepard Ambellas, editor-in-chief of Intellihub.com, said in June 2017 that the classified cable indicated that the delivery of the 10-gram sample of HEU to Russian law enforcement sources occurred during a secret “plane-side” meeting on the tarmac. (This brings up memories of Bill Clinton’s tarmac meeting in Arizona with Attorney General Loretta Lynch, where they said they just discussed their grandchildren.)

Not surprisingly, supporters of the Clintons, such as the Huffington Post, interpreted the cable in the most favorable light for Hillary and Bill Clinton. “The text and tweet released by WikiLeaks more than suggests Mueller is guilty of a serious crime, passing on nuclear material to the USA’s superpower rival. But,” the Post added, “the section it omitted from the tweet changes the entire context of Mueller’s actions.”

The portion the Post contended was not mentioned, but relevant, read, “Over two years ago Russia requested a ten-gram sample of highly enriched uranium (HEU) seized in early 2006 in Georgia [the Russian territory, not the American state] during a nuclear smuggling sting operation … In response to the Russian request, the Georgian Government authorized the United States to share a sample of the material with the Russians for forensic analysis.”

The Post then laments, “WikiLeaks used to be a force for good in the world, playing a major role in revealing the inner workings of Guantanamo Bay and exposing events like the killing of journalists by U.S. forces in Iraq.” In other words, as long as WikiLeaks was producing negative material on a Republican president, it was a “force for good in the world.” Now that it is raising questions about the man investigating a different Republican president, not so much.

Actually, the fact that WikiLeaks appears to be nonpartisan in its activities should give it more credibility — more so than the Huffington Post, well-known for its pro-Clinton bias.

In his highly-praised book Clinton Cash, Peter Schweizer discusses the famous “Russian Reset” initiated by Hillary Clinton when she took over the State Department. Relations between the U.S. and the Russians had degenerated during the last couple of years of the Bush administration, and Hillary publicly said she intended to reverse the worsened relations, complete with a “reset button.” 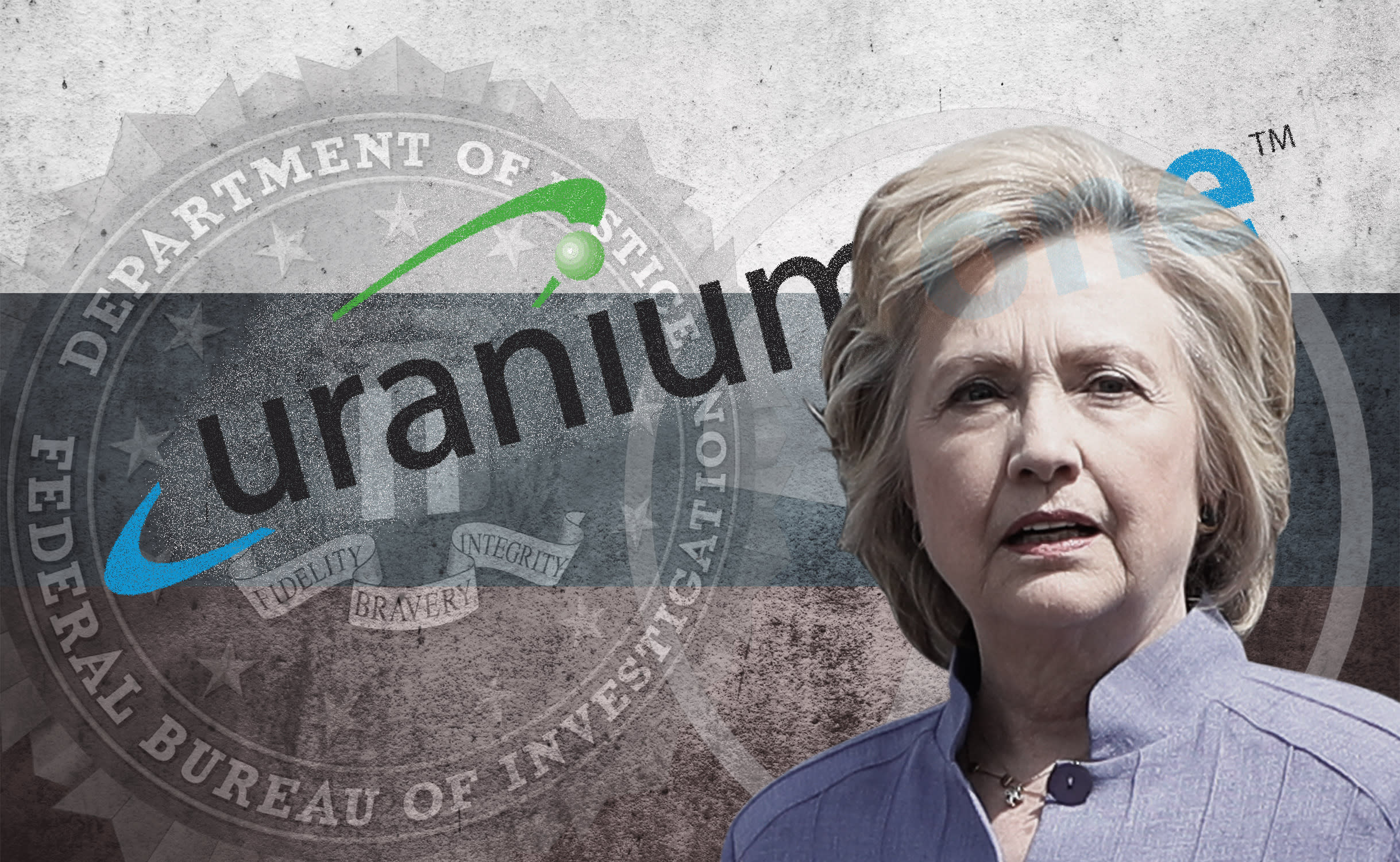 For their part, the Russians appeared pleased with her selection as secretary of state. Schweizer noted, “An important side note to the Russian reset was how it involved a collection of foreign investors who had poured vast sums of money into the Clinton Foundation and who continued to sponsor lucrative speeches for Bill. These investors stood to gain enormously from the decisions Hillary made as secretary of state.”

Schweizer explained why the Hillary “reset” was so important in the uranium deals. The Bush administration had pulled out of a uranium deal with the Russians after Russian forces went into Georgia in 2008, but the Obama administration (with Hillary taking the lead) reopened the negotiations. A deal was reached in 2010, and as Schweizer wrote, “Several multimillion-dollar Clinton Foundation donors were at the center of the deal.” In fact, “The Clinton Foundation also failed to disclose major contributions from entities controlled by those involved in the Uranium One deal. Thus, beginning in 2009, the company’s chairman, [Ian] Telfer, quietly started funneling what would become $2.35 million to the Clinton Foundation through a Canadian entity he controlled.”

While the revelation of a secret meeting involving Robert Mueller in the delivery of uranium to the Russians, by itself, does not prove anything of a criminal or unethical nature, it does raise questions that merit an investigation. After all, when Mueller was FBI director under the Obama administration, he was trusted enough by Secretary of State Hillary Clinton to carry out this mission. If it was a diplomatic mission, why was the FBI director involved? And if it was a law enforcement mission, why was Clinton involved?

And is Mueller sufficiently objective to conduct an impartial investigation of a Republican president?

These are questions that the mainstream media should pursue, but will not.

In Case You Missed It:  Massive Tent Erected at Border as Title 42 Sets to Expire
Posted in Tyranny and tagged Clinton, FBI, Russia, WikiLeaks.

Robert Mueller: What Were His Roles in Boston Mafia Murders, Uranium One, and Other FBI Scandals?

William F. Jasper Why has Robert Mueller (shown) been shielded from questions about his role in some of the FBI’s...