Arizona Sen. John McCain, a former Republican presidential nominee and a decorated veteran of the Vietnam War, died on Saturday. He was 81. 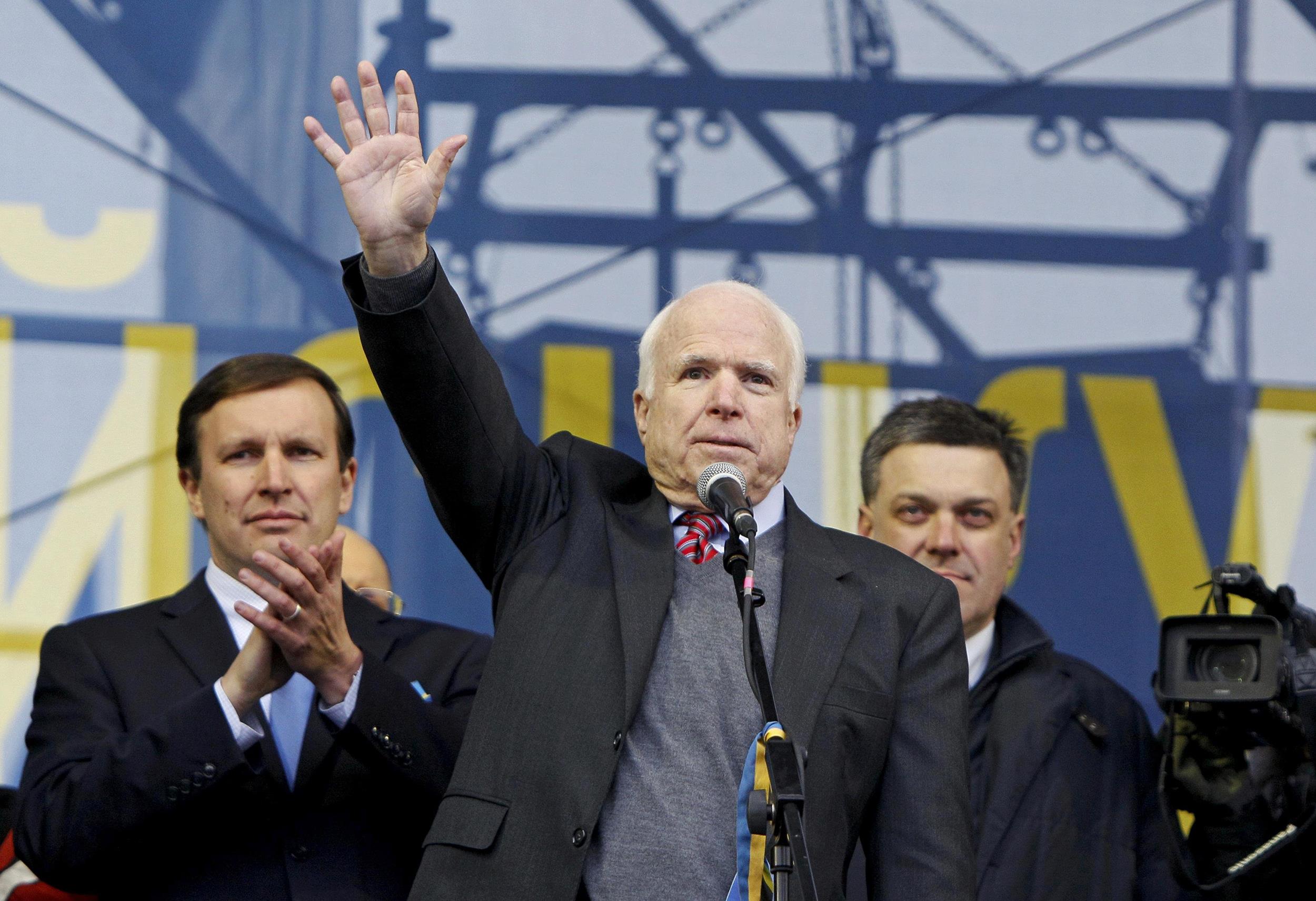 McCain, who had a history of skin cancer, was diagnosed with brain cancer in July 2017 after a routine physical revealed a blood clot over his left eye. He had surgery to remove the clot, which doctors then determined was the result of an aggressive tumor called a glioblastoma. Earlier this week, McCain decided to discontinue his cancer treatment.

The diagnosis did not immediately impede McCain from his work in the Senate, where, among other issues he was involved in, he played a major role in derailing the Republican effort to repeal the Affordable Care Act. He later described the disease as “very, very serious,” and said his doctors had told him he had “a very poor prognosis.”

McCain was hospitalized in December 2017 with a viral infection, his office said, and returned home to Arizona to recuperate. In April, the senator had surgery to treat an intestinal infection at the Mayo Clinic in Phoenix. He had reportedly been recovering at his home near Sedona with his wife, Cindy.

McCain was born on Aug. 29, 1936, at a U.S. air base in the Panama Canal Zone. After his family moved to Northern Virginia in 1951, McCain attended the prestigious U.S. Naval Academy at Annapolis, Maryland. He later trained as a fighter pilot and served aboard several U.S. aircraft carriers in the 1960s.

On Oct. 26, 1967, McCain’s plane was shot down while he was flying a bombing mission over Hanoi in Northern Vietnam. The North Vietnamese held him in captivity for five and a half years, during which he was interrogated and subjected to repeated beatings. The injuries McCain sustained left him unable to raise his arms above his head. He was ultimately released on March 14, 1973, after his captors determined he was no longer of value.

He was implicated in what became known as the Keating Five Scandal in 1989, accused with several other lawmakers of helping the owner of the Lincoln Savings and Loan, who had donated to his campaign.

McCain first ran for president in 1999 with a scrappy and upstart campaign known for its “Straight Talk Express” bus that promoted his reputation as a “maverick” who would do and say things other Republicans would not. He lost the race, however, to the establishment-backed George W. Bush, due in part to a bitter smear campaign that falsely claimed McCain had fathered a black child out of wedlock. Bush and his team denied involvement, but McCain suspected otherwise.

His 2008 presidential run was more successful. After key wins in the New Hampshire and South Carolina primaries, and the flame-out of other challengers, including former Arkansas Gov. Mike Huckabee (R) and former Massachusetts Gov. Mitt Romney (R), both of whom would later go on to mount presidential bids in 2012, McCain finally won his party’s backing for president.

Facing freshman Sen. Barack Obama (D-Ill.), McCain cast himself as an experienced and sensible Republican, but his quixotic decision to select Alaska Gov. Sarah Palin (R) as his running mate also turned into a major liability as the political novice floundered time and time again under the spotlight. McCain was ultimately unable to prevail against a younger, charismatic candidate who promised change amid a harsh recession and the costly war in Iraq.

On Capitol Hill, the longtime lawmaker was celebrated for, among many noble qualities, his quick wit and good humor. He often sarcastically chided reporters to dismiss or make a point. He traded barbs with colleagues and was known to frequently repeat some of his favorite quips.

In recent years, McCain took on the role of party statesman, but one who was fiercely critical of the Obama administration’s strategy with respect to renewed conflicts in the Middle East, Ukraine and Libya. Along with friend and colleague Sen. Lindsey Graham (R-S.C.), McCain advocated for committing additional U.S. troops on the ground to defeat Islamic State terrorists in Iraq and Syria.

In 2016, McCain easily won re-election to his sixth term in the Senate by defeating Democratic Rep. Ann Kirkpatrick. The longtime lawmaker faced a more difficult test with several challengers in the GOP primary, reflecting pent-up frustration with his time and record in Washington among several tea party groups that failed to oust him in 2010.

The following year, McCain played a pivotal role in opposing several Republican bills to repeal and replace the health care program known as Obamacare. In a surprise move that cemented his legacy, McCain cast a dramatic late-night vote against GOP legislation rescinding the law. He repeatedly urged Republican leaders to start over by including Democrats in a more open process.

Toward the end of his life, McCain appeared to have made peace with his approaching death. In his book The Restless Wave, an excerpt of which was published on Apple News on April 30, the senator said his current term would be his last.

“If I hadn’t admitted that to myself before this summer, a stage 4 cancer diagnosis acts as ungentle persuasion,” he wrote. “I’m freer than colleagues who will face the voters again. I can speak my mind without fearing the consequences much. And I can vote my conscience without worry.”

The senator is survived by his wife and seven children, including popular author and national radio personality Meghan McCain.

According to the New York Times, McCain has made clear to the White House he doesn’t want Trump to attend his funeral, and would instead prefer Vice President Mike Pence at a service.

Alex Pietrowski, Waking Times As the rollout of the nationwide 5G cell network moves forward, many concerned scientists and public...