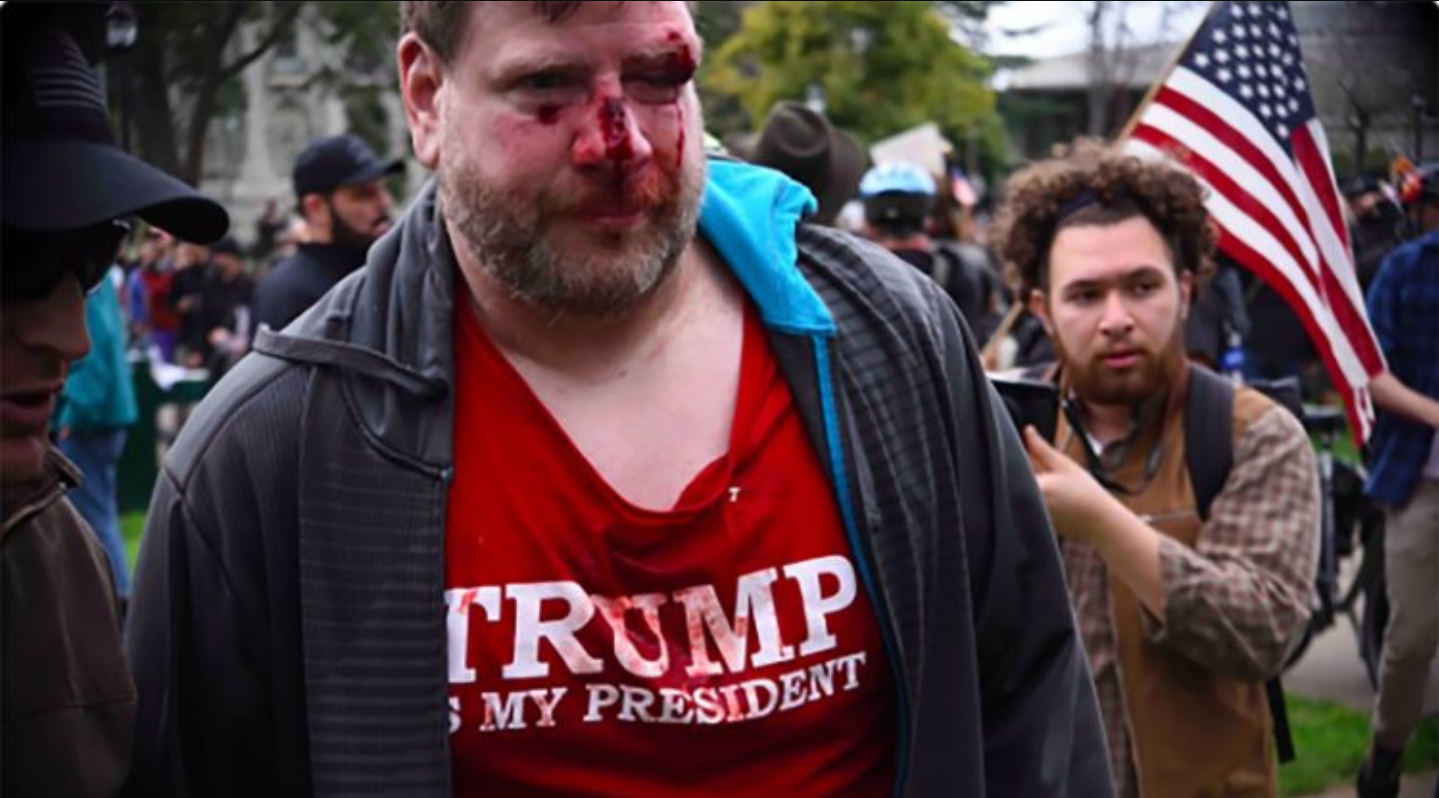 A year ago, I wrote about the left’s civil war heating up in America. Since then, Antifa and company continue their armed marches against freedom and liberty. Initially, Antifa groups got away scot-free, beating Trump supporters bloody while, of course, calling them fascists and Nazis. More recently though, Antifa’s masked thugs have been the ones suffering the thumpings in direct confrontations.

In response, radicals have ramped up their efforts to form what they’re calling a “Red Army.” Why? To “annihilate” their enemies, of course.

Really. From one of the Red Guards Austin manifestos, posted August 19th and still online:

Oppose the Counterfeit! Antifascism Must Take On a Paramilitary Character!

…The fact that no fascists were harmed in the making of this “counter-protest” only proves that the main organizers have no stomach for antifascism—for us antifascism is concrete—it does not mean simply voicing a disagreement it means stopping fascists in their tracks and hurting their efforts to the point where they stop organizing.

…On the basis of our principled united front work, fascists and their collaborators can be drowned out, run out, routed, beaten bloody, and even annihilated. These are our principles and we aim to hold them to the very finish.

The twisted minds of these radical leftists view their unlawful, unprovoked violence against their political enemies as self-defense. In reality, their “self-defense” looks a whole lot like textbook fascism. In other words, using force and violence to suppress opposing points of view.

One thing seems perfectly clear. If the authorities do not stop and prosecute this sort of political violence, peace-loving American gun owners will. The will have no choice but to protect themselves, as is their right.

Looking back to the 2016 elections, the radicals in Antifa and their Black Bloc BFFs freely “drowned out, run out, routed, beaten bloody, and even annihilated” their fellow Americans. Local cops, some ordered to stand down, allowed the political violence to go effectively unchecked.

Or worse yet, cops in some places acted in concert with the violent left. In San Jose, Ninth Circuit appellate court justices have allowed a lawsuit against the police to proceed. Cops there not only failed to protect Trump supporters at an organized rally, but actually routed them into a mass of violent “counter-protesters.”

How did these Antifa types get away with this for so long? Sympathetic local government leaders, coupled with Americans’ reluctance to settle political disagreements via violence allowed this to happen.

It goes without saying that Antifa has no reservations about using violence to achieve their political goals. In fact, these masked thugs who fancy themselves anti-fascists live by Alinski’s Rules for Radicals.

Particularly when it comes to violence, the left loves Rule #4 by counting on their fellow Americans not to risk possibly breaking the law to defend themselves. The left knows that everyday Americans will avoid resorting to violence, sometimes even when attacked. Since childhood, our society has taught people to eschew, and not embrace violence. And decent, well-adjusted, civilized people do indeed avoid violence.

Couple the reluctance to fight back with Rule #9, “The threat is usually more terrifying than the thing itself,” this allows bullies to make threats to bully and intimidate others into silence. In other words, using the threat of violence is enough to suppress opposing viewpoints. That’s fascism.

Antifa never really believed that conservative Americans might actually answer violent attacks…with violence. It’s one thing for bullies to intimidate through force of numbers. It’s another when bullies see and taste their own blood.

This past summer, the right has organized and successfully pushed back against masked troublemakers. In most cases, it hasn’t gone well for the true fascists. Masked toughs don’t respond well when their intended victims don’t run, but fight back instead. In fact, masked tough guys tend to break and run pretty quickly when faced with violent resistance. Take Mr. Masked Antifa, who tried to wield an expandable baton in Oregon earlier this summer. One punch and he was down for the count. Here’s the video.

In the streets where I live, attacking someone with a baton – with or without a mask – carries the risk of getting shot and taking the room temperature challenge.

Speaking of Portland: the battle of Portland his summer resulted in a near complete rout for the Black Bloc.

At another Portland event, an Antifa member’s crash course in kung fu got him knocked out cold. He learned that going hands-on carries risks. Especially when the other person is not intimidated by a group of Black Bloc bullies.

So faced with these humiliating defeats, the Antifa crowd now apparently is seeking an arms race.

…we encourage the formation of paramilitary organizations on two levels. The first being those who are mainly unarmed but are prepared and trained to carry out fist fighting or using blunt weapons like axe handles or flagpoles as well as shields and basic armoring. The second level is the more advanced embryo of a Red Army, which is trained militarily and operates as soldiers all the time, engaging in production and mass work among the proletariat and the oppressed nation’s people. [emphasis original] I know from experience participating in and teaching Appleseed shoots that gun ownership doesn’t make a skilled marksman any more than piano ownership makes a skilled musician. At the same time, we know that bad music won’t kill innocent people.

Hopefully this is nothing more than fanciful talk from the radical left and will go nowhere. However, they have already demonstrated a willingness to tool-up and to use violence to suppress opposing viewpoints. If and when these “Red Guards” put their two acts together, they may win the first round of bloodshed.

Shortly thereafter, sanity will prevail and they will learn first-hand what Americans are willing to do to defend their freedom.

In Case You Missed It:  New Documentary “Standing In the Gap” Discusses How Our Votes Have Been Stolen and Manipulated for Decades
Posted in Tyranny and tagged Revolution, Riots.