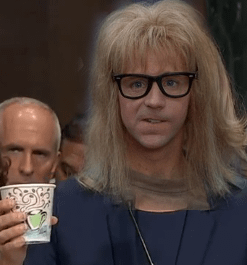 Leland Keyser, the “best friend” of Brett Kavanaugh accuser Christine Blasey Ford, told FBI investigators in recent days that Ford associate Monica McLean had pressured her to change her denial of the alleged assault, which had hurt Ford’s credibility.

The Wall Street Journal reported Friday that Keyser “told investigators that Monica McLean, a retired Federal Bureau of Investigation agent and a friend of Dr. Ford’s, had urged her to clarify her statement.” McLean’s lawyer denied the claim.

Keyser was one of three witnesses, in addition to Kavanaugh himself, who denied Ford’s claim that he and friend Mark Judge had assaulted her at a high school party in the 1980s. Her lawyer wrote to the Senate Judiciary Committee last month: “Simply put, Ms. Keyser does not know Mr. Kavanaugh and she has no recollection of ever being at a party or gathering where he was present, with, or without, Dr. Ford.”

When Rachel Mitchell, the Arizona sex crimes prosecutor appointed by the committee’s GOP majority to lead questioning in last week’s public hearing, asked Ford about Keyser’s denial, Ford claimed that her friend had “significant health challenges” and that Keyser had texted her to apologize for her contrary testimony and offer support. (One of Keyser’s relatives later told the UK Daily Mail angrily that Ford had thrown her lifelong friend “under the bus.”)

In a subsequent interview with the FBI, conducted as part of the week-long supplemental background investigation requested by the Senate, Keyser reiterated that she did not know Kavanaugh and did not know anything about the alleged high school party.

The Journal noted that despite McLean’s alleged effort to influence Keyser, “There is no indication Dr. Ford and her legal team were involved in any effort to discuss Ms. Keyser’s statement with her.”

McLean is a former FBI agent who is said to have worked as a spokesperson for Prett Bharara, a former staffer for Sen. Chuck Schumer (D-NY) who went on to become the U.S. Attorney for the Southern District of New York until he was fired by President Donald Trump shortly after the latter took office in 2017. Bharara has since emerged as one of the most vociferous opponents of President Trump in the media.

Keyser’s communications with the Senate Judiciary Committee, and her FBI interview, were conducted under penalty of perjury.

In Case You Missed It:  After throwing them in covid quarantine camps, German government also STRIPS prisoners of compensation payments to bankrupt them
Posted in Freedoms and tagged U.S. Supreme Court.

Sen. Joni Ernst, R-Iowa, visited The Heritage Foundation to talk about Thursday’s release of the 2019 U.S. Index of Military...