Several years ago, the European Space Agency (ESA) published a video in which an astronaut gives a tour of the International Space Station (ISS).  That astronaut is André Kuipers.

André Kuipers is a Dutch physician and ESA astronaut. He became the second Dutch citizen, third Dutch-born and fifth Dutch-speaking astronaut upon launch of Soyuz TMA-4 on April 19, 2004.  Kuipers returned to Earth aboard Soyuz TMA-3 11 days later. Kuipers is the first Dutch astronaut to return to space.

During André’s tour of the toilet area of the ISS, he twists and pulls on a hook to loosen a panel to the rear of the toilet.  Upon doing so, the hook is immediately caught in a mysterious gravity well or some other unknown force that pulls the hook/ring to the floor of the ISS.  André is visibly shaken by this unexplained occurrence, but bravely continues with the tour.

You can watch this strange phenomenon here.  Pay close attention to the disappearance of this hook after he grabs it.

Admittedly, the panel and hooks are difficult to see.  We have provided a close-up of this panel so that you can get a better idea of what André was reaching for. 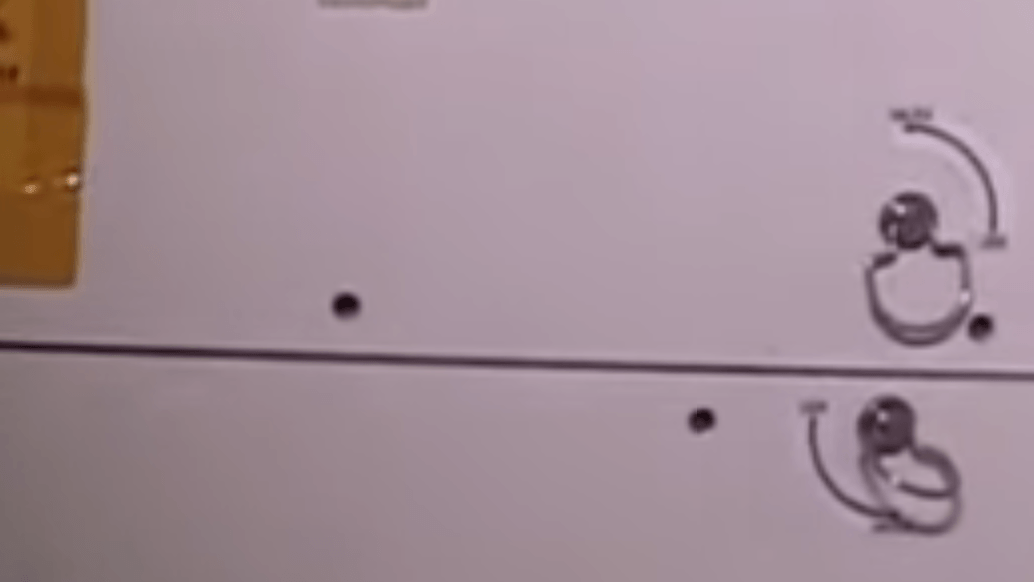 After the hook is caught in the strange force, you can clearly see that the hook is not on the panel, but only the curved instructional arrow (below hook) remains.  Below are before and after screenshots of the scene. 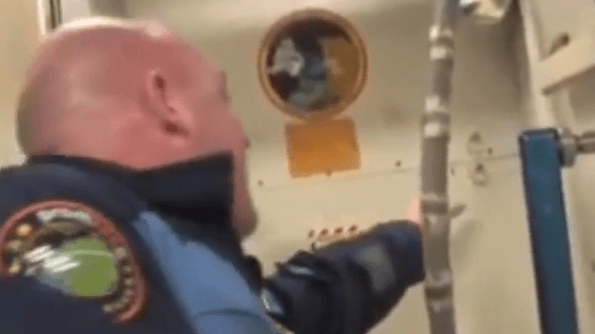 Astronaut About to Reach for Hook 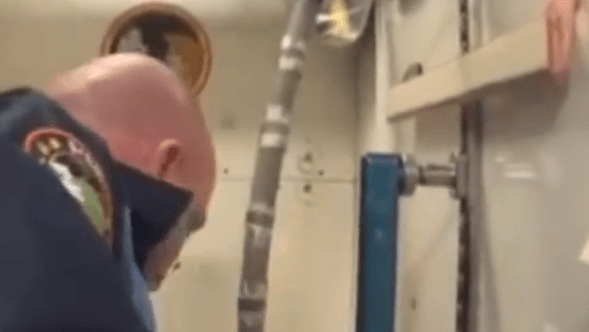 Astronaut Looking for Hook Which is Not on Wall

It might be thought that the vacuum used for the toilet could be the cause of this force, but the vacuum used for disposing of urine is the long tube hanging next to him along the right.  Also, the toilet that is used to evacuate fecal matter is clearly closed below him.  It could be possible that since the fan tube is missing and not connected to the toilet, that the fan is blowing.  However, in that case, it would seem that the hook would have moved through the air and not pulled to the floor.  In later scenes, the hooks that are attached (and re-attached after the scene is cut) to the panel are all seen moving back and forth gently.  You can learn more about the toilet on board the ISS here:

To our knowledge, the ESA and NASA have not provided an explanation for the strange force that pulled the hook to the floor.  If you have heard of what actually happened, please let us know in the comments below.

By: Trevor Nace NASA just shared a stunning image of a nearly perfect rectangular iceberg in Antarctica. The monolithic slab...